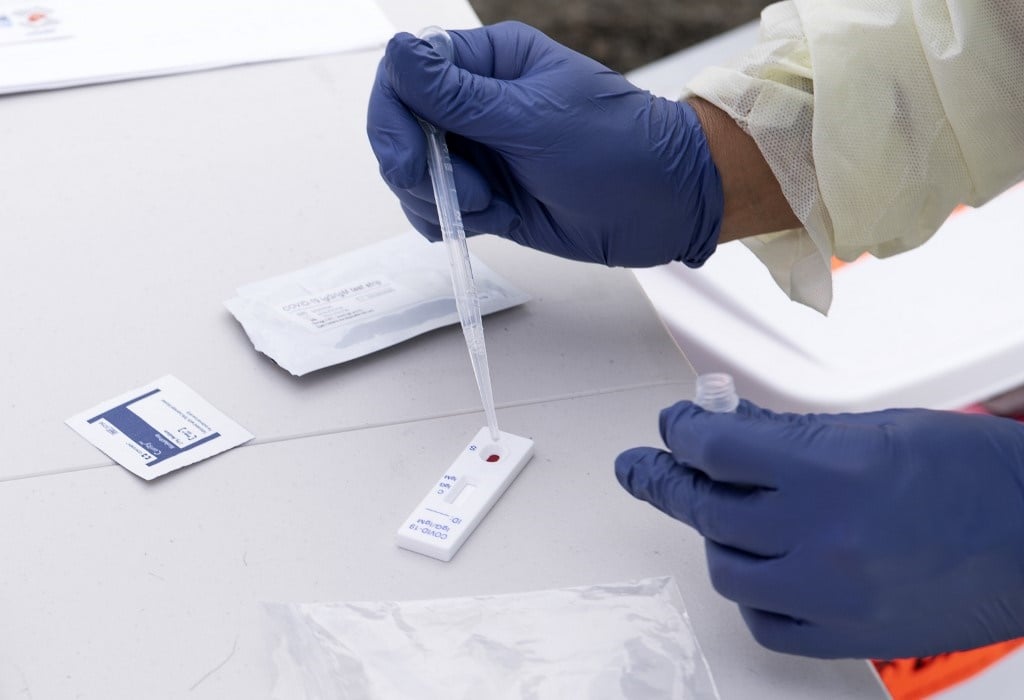 The Western Cape government plans to start testing for Covid-19 antibodies soon, to get an idea of how many people may have had the virus already without knowing it, as the pandemic plateaus in the province.

The test kits should be able to help form a picture of how many people have been asymptomatic (infected but showed no signs of the virus) as the pandemic raged through the province.

The World Health Organisation, which is sending experts to South Africa, stated on its website that the serologic studies helped understand issues like how frequently infection occurred among different populations and how many people have had mild or asymptomatic infection.

The studies also helped to establish how many people have been infected, but may not have been identified by routine disease surveillance, and what proportion of the population may be immune from infection by the virus in the future.

Speaking during his "First Thursdays" Q&A with the public via Facebook, Western Cape Premier Alan Winde said laboratories in the province have also noted a drop in demand for tests, and an increase in negative results.

Winde was leading a provincial government push for the Western Cape to be allowed to reopen either at Level 2 or lower of the risk-adjusted lockdown strategy to save businesses as the number of cases showed a decline.

This included an appeal to unban alcohol sales to save jobs at wineries, restaurants and the hospitality industry.

A statement on Friday said that although there was a decline in alcohol-related trauma during the lockdown periods when it was banned, the province had enough bed capacity to accommodate coronavirus cases, with its three field hospitals not full.

However, he stressed that nobody should let their guard down as an increase in cases in the Garden Route had been detected and case numbers in Cape Town's Tygerberg region were still high.

"We don't want another spike," he said.

He feels if done safely, reopening the province would save residents from starvation and unemployment, as well as save businesses, particularly in the hospitality, entertainment and tourism sectors.

The province was already crunching numbers to buy vaccines for when they're eventually released, to work out how many they would be able to get for the public sector. The most at-risk people, such as those with co-morbidities, would be first in line.

It was also looking at ways of dealing with the psychological effects of the pandemic, particularly the gaping hole left by sudden bereavements and burials without proper farewells due to Covid-19 death protocols.

He said he hoped many of the innovations and behaviour changes borne out of the pandemic would stay in place. Many of the changes that came about during the pandemic could become the "new normal" in the same way Capetonians have kept up their careful use of water following a devastating drought.

These were some of the innovations borne out of the pandemic that Winde hoped would be the new normal:

- If hospitals could be built in a month, perhaps other projects could also be done faster;

- The successful shift to online meetings meant his trip to Pretoria twice a month for government meetings could be done online;

- Outside dining in clever ways such as "bubble cubes" could keep the restaurant industry going;

- Publishing regular supply chain documents would also allow entrepreneurs to identify what they could supply at a better price and quality;

- All spheres of government were working together during the pandemic, and should do the same regarding poverty;

- People would have to catch up on missed innoculations (measles innoculations were down by 73%), elective surgeries and other treatments;

- The interprovincial travel ban was not expected to be lifted anytime soon, which provided an opportunity to support local business and explore never-visited towns in one's province.

Winde suggested lighting a candle at midday every Wednesday to take a moment to be mindful of what the virus meant for everybody and to the people who have dedicated their lives to help others survive the pandemic.

We live in a world where facts and fiction get blurred
In times of uncertainty you need journalism you can trust. For 14 free days, you can have access to a world of in-depth analyses, investigative journalism, top opinions and a range of features. Journalism strengthens democracy. Invest in the future today. Thereafter you will be billed R75 per month. You can cancel anytime and if you cancel within 14 days you won't be billed.
Subscribe to News24
Related Links
Winde wants NDZ, Mkhize to consider 'differentiated approach' for Western Cape as deaths flatten
WRAP | Covid-19 in SA: 306 more deaths and 8 307 new cases
KZN expected to peak in coming weeks - Zweli Mkhize
Next on News24
BREAKING NEWS LIVE | Teen arrested for allegedly raping aunt