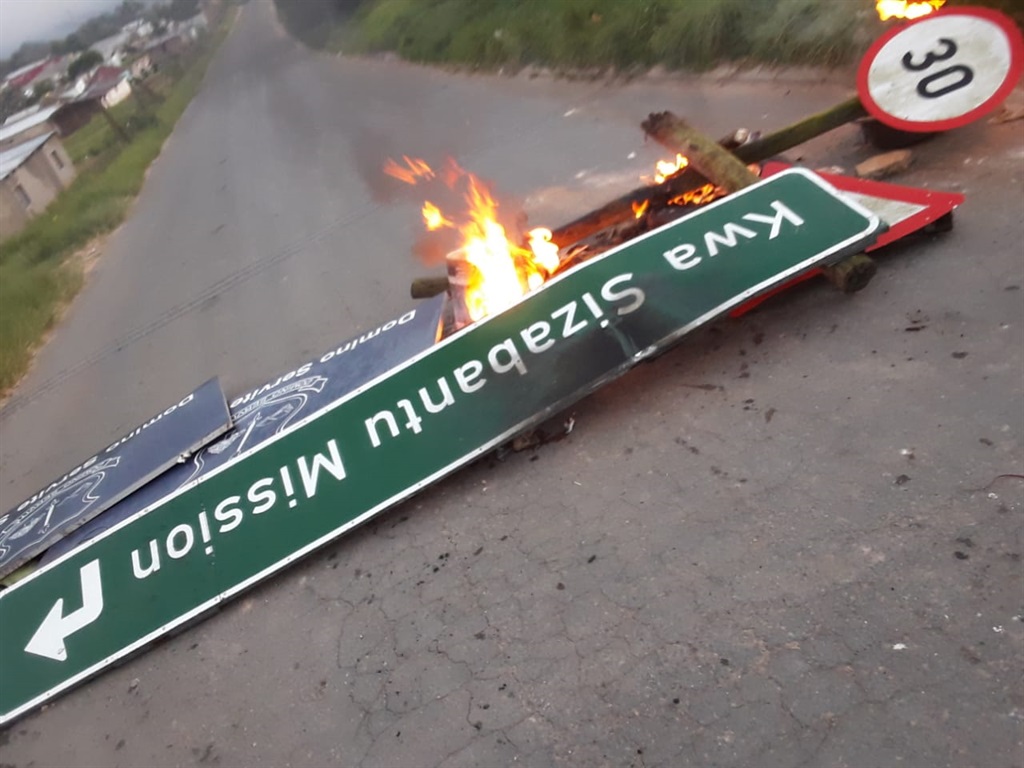 Workers and community members have embarked on a strike against KwaSizabantu Mission.
PHOTO: Supplied

Disgruntled workers at the controversial KwaSizabantu Mission, supported by dozens of members of the community of KwaMxhosa and surrounds, have embarked on a strike against the mission over the alleged unfair dismissal of around 20 Emseni Farming workers last month.

Last month, the workers at Emseni Farming – a business owned by the leaders of KwaSizabantu Mission – downed tools and questioned their salaries. It's alleged that they have since been dismissed.

"Three weeks back, [the mission] fired 24 workers, suspended five and gave all workers a final warning," one community member, who wished to remain anonymous, told News24.

"They are trying to threaten them, [saying] they are gossiping about the mission outside and they are even telling [the] media about things happening inside the mission," he added.

"All roads are blocked here on the R74."

The community member said they were there to support Emseni Farming workers because of the conduct of the mission, who was believed to have betrayed workers, following a boycott of KwaSizabantu Mission products. Workers and community members have embarked on a strike against KwaSizabantu Mission. (PHOTO: Supplied)
Supplied

Emseni Farming supplies fruit and vegetables to popular retailers in South Africa. However, following News24's exposé on allegations of abuse, cultism and financial crimes at the mission, retailers suspended their business there.

"After Shoprite and Checkers [and other retailers] came back to buy products from the mission, they started to chase away workers who previously protected [the mission] when they were suffering.

"But after they got what they wanted, they started to chase them away," he said. One of the workers who was fired a month ago, Vukile Mzuza, explained that he was dismissed after the mission accused him of "informing" the media about what was happening at the mission – a claim he denied.

'They said I'm an informer'

He added he did not know how to approach the labour department for help. Workers and community members have embarked on a strike against KwaSizabantu Mission. (PHOTO: Supplied)
Supplied

Mzuza has not spoken to News24 before.

"That job was helping to do many things but now I'm suffering. I don't know what to do," he added.

Another worker, who attended the protest on Thursday, but who wished to remain anonymous, said she received a final written warning after the strike last month.

"I have a 12-month warning – it's a final warning – but most of us are already dismissed," she told News24, adding that it was simply because workers had asked for a better salary.

"We have done nothing wrong. We are just [looking] for the trust and waiting for that," she added.

KwaZulu-Natal police said they would respond to News24's request for comment.