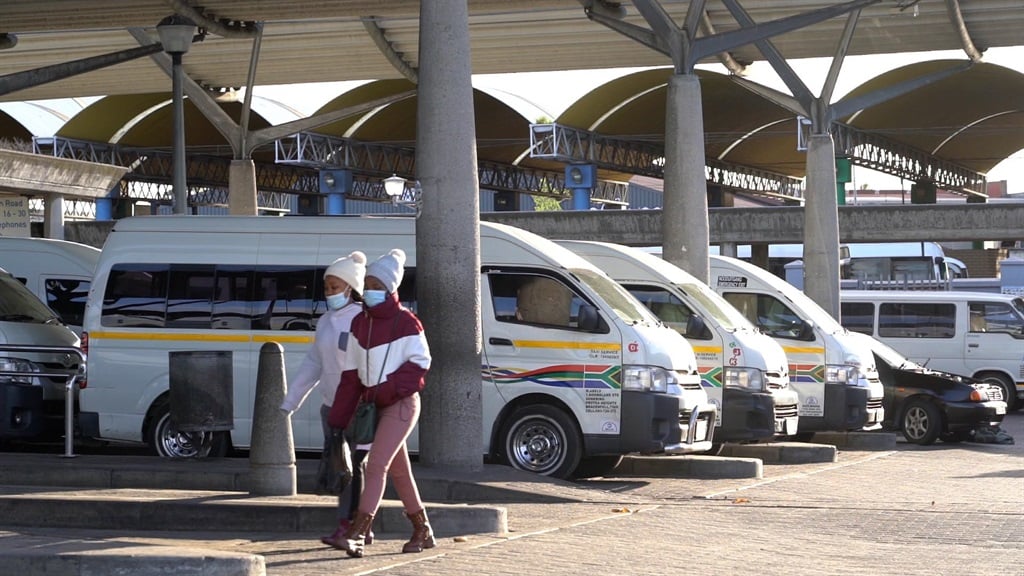 Any employer who dismisses or issues a warning to their workers relating to their inability to work owing to the fallout of taxi violence gripping the Western Cape will be hauled to the Commission for Conciliation, Mediation and Arbitration, trade union federation Cosatu has warned.

Cosatu provincial secretary Malvern De Bruyn on Friday said it had received calls from employees lamenting that they are "losing money" and that their employers are now using their annual leave to cover their failure to report to work.

"We have engaged some of those employers and asked them to be flexible, that they rather engage with employees and find a common ground or middle ground so that workers are not penalised," he said.

"If a worker is dismissed or if any worker received a warning, then they must report it immediately to their unions. If there is no union, they can call our office and we will by all means file a dismissal dispute with the CCMA. That is a given."

De Bruyn said Cosatu had engaged with the Cape Chamber of Commerce who gave it the "commitment that their members will be sensitive... [and] fully understand what is happening in this province".

The provincial ANC, SA Communist Party, Cosatu, and Sanco on Friday briefed the media on their engagement with the warring taxi associations and finding lasting solutions to the current impasse relating to the Paarl to Bellville route. "This violence has led to the senseless loss of innocent lives, threats to rights to safety, freedom of movement and loss of livelihoods," the partners said in a joint statement.

"Thus far, the alliance has extensively engaged all stakeholders including the police to protect lives; commerce to safeguard livelihoods in terms of jobs and income; taxi associations both Cata and Codeta to agree on a ceasefire and denouncing criminality as preconditions for finding a lasting solution.

"It is, for this reason, the alliance can report without fear of contradiction that the associations committed to the principle of a ceasefire as the basis to negotiate on conditions of peace and stability."

The two associations are not allowed to use the B97 route, which runs from Paarl to Durban Road in Bellville for two months after Transport MEC Daylin Mitchell closed it on Monday owing to the violence.

Cata and Codeta can operate in other areas, like other associations, but have opted not to due to the bloodshed.

According to the alliance, engagements with the taxi industry are "at an advanced stage and we are optimistic of a solution in earnest".

"However, throughout these productive engagements, it is clear that the current impasse is a symptom of deeper systematic challenges in particular which relate to the issue of regulation as well as fair distribution of routes," it said.

"Having synthesised the issues from the two associations, we are confident that a solution for the immediate and long-term will be found and thus we are working around the clock to conclude our engagement with them this coming weekend."

It criticised the City of Cape Town's and provincial government's handling of the situation, saying it would engage it to "play a more constructive and developmental role rather than neglect the sector or worse, play a divide and rule tactics", as well as the national transport department to "institute a process to resolve the intractable deep-seated issues affecting the industry".

"The alliance remains steadfast in our resolve to ensure that the taxi industry thrives under conditions of peace whilst we continue to mount our decades' long campaign for a safe, affordable, integrated, reliable and efficient public transport system."

Golden Arrow Bus Service made its entire fleet of 1 100 buses available to help transport pupils returning to school and commuters who usually use these associations' taxis. | @itchybyte https://t.co/FBkJfVXztx

Premier Alan Winde this week said that arbitration proceedings between the two associations were now part of a legal process to resolve the route dispute, while a notice for formal proceedings had been sent to the associations following the initiation of a process to sanction or suspend them with hearings expected to commence on 4 August.

"Where there is violence, there must be arrests and successful prosecution. The safety of our residents is non-negotiable," he warned.

We want to hear your views on the news. Subscribe to News24 to be part of the conversation in the comments section of this article.
We live in a world where facts and fiction get blurred
In times of uncertainty you need journalism you can trust. For only R75 per month, you have access to a world of in-depth analyses, investigative journalism, top opinions and a range of features. Journalism strengthens democracy. Invest in the future today.
Subscribe to News24
Next on News24
LIVE | Covid-19 in SA: 210 new infections as death toll rises by 7