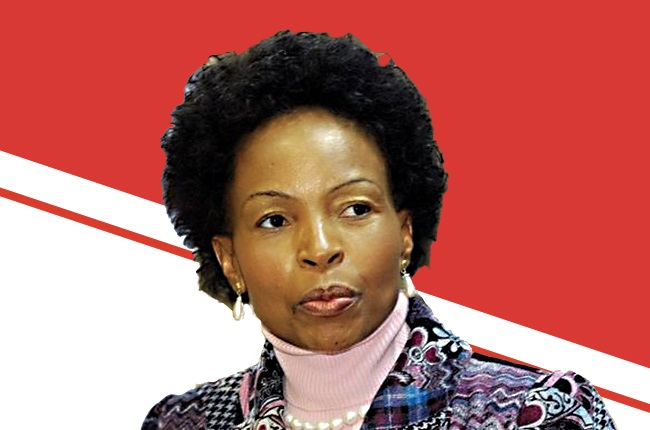 In commemoration of the 65th annual Women's Day, Minister in the Presidency for Women, Youth, and Person with Disability Maite Nkoana-Mashabane says gender-based violence and femicide remains a major concern in SA.

"As we celebrate Women's Day today, we honour, remember and salute all women from all generations who have been part of our struggle and have made significant contributions for our nation's freedom, democracy and development," said Nkoana-Mashabane.

"We commemorate this important day and month under the theme 'The year of Charlotte Maxeke: Realising Women's Rights', in celebration of the 150th birthday anniversary of Mme Charlotte Makgomo Mannya Maxeke."

READ | Controversy mars the renaming of Brandfort to Winnie Mandela

She added the impact of the dual pandemics of Covid-19 and Gender-Based Violence (GBV) and femicide remains a major concern and is disruptive of the collective efforts to make strides for women's empowerment in the country.

Following on the country's women's month theme, 'Generation Equality: Realising Women's Rights for an Equal Future', the ANC said that it views Women's Month as a platform to commemorate the heroic contribution of women in the liberation struggle.

On this National Women's Day, let us rededicate ourselves to the task of promoting and protecting the rights of women and to assess the distance we still need to travel on the journey towards women empowerment and gender equality.

Mabe added that as the party remembers the veterans of the 1956 march, they must make a solemn pledge never to betray the ideals and aspirations that inspired them. "In this regard, the ANC will never rest until the goals of gender equality, women's rights and the end to gender-based violence have been achieved."

According to the ANC, democracy has registered significant progress in restoring the dignity of women. An array of measures introduced by the ANC government has contributed towards the empowerment of women, including availing them of more opportunities and access to services for women.

"Yet, we remain painfully aware that the struggle for women['s] emancipation is far from over. Women still bear a disproportionate burden of the triple challenges of poverty, inequality and unemployment. Poverty and unemployment in South Africa continue to bear a black female face," said Mabe.

READ | Meet the women behind one of SA's biggest seafood factories

The ANC has called on all its structures to campaign alongside all sectors of society for women's empowerment and gender equality, and to launch a sustained offensive against gender-based violence and toxic masculinity in order to build a truly non-sexist society.

Speaking at the Umuziwabantu local municipality KwaZulu-Natal premier Sihle Zikalala said that women are vulnerable to the scourge of poverty, emotional and economical vulnerability.

Zikalala said that GBV must be stopped by individuals choosing to make a conscious decision that no violence will be perpetuated.

The year 2021 is dedicated to the memory of a pioneer and freedom stalwart, umama u Charlotte Maxeke who through all her work and efforts sought to contribute to a South Africa that is united, prosperous, and at peace with itself. She proved that women were capable, effective leaders.

Meanwhile, female MECs used the occasion to encourage women in the law enforcement fraternity to double their efforts in protecting vulnerable citizens.

"We decided to join these wonderful women today, to show them support and salute them for the great work that they are doing to protect our nation," said MEC for Transport, Community Safety and Liaison, Neliswa Peggy Nkonyeni.

"Together with these women we are paving a way for the next generations to come so that they can live in societies that respect women and recognise the role played by women," added Nkonyeni.

Lucky Sunday for 3 Daily Lotto players
Full list of lottery results
Lockdown For
DAYS
HRS
MINS
Voting Booth
Facebook is facing a fresh crisis after a former employee turned whistle-blower leaked internal company research. Do you still use Facebook?
Please select an option Oops! Something went wrong, please try again later.
Yes, the benefits outweigh the risk for me
32% - 2272 votes
No, I have deleted it
38% - 2672 votes
Yes, but I am considering deleting it
30% - 2166 votes
Previous Results
Podcasts
PODCAST | Ballot Box: Why Facebook is not doing enough against election misinformation