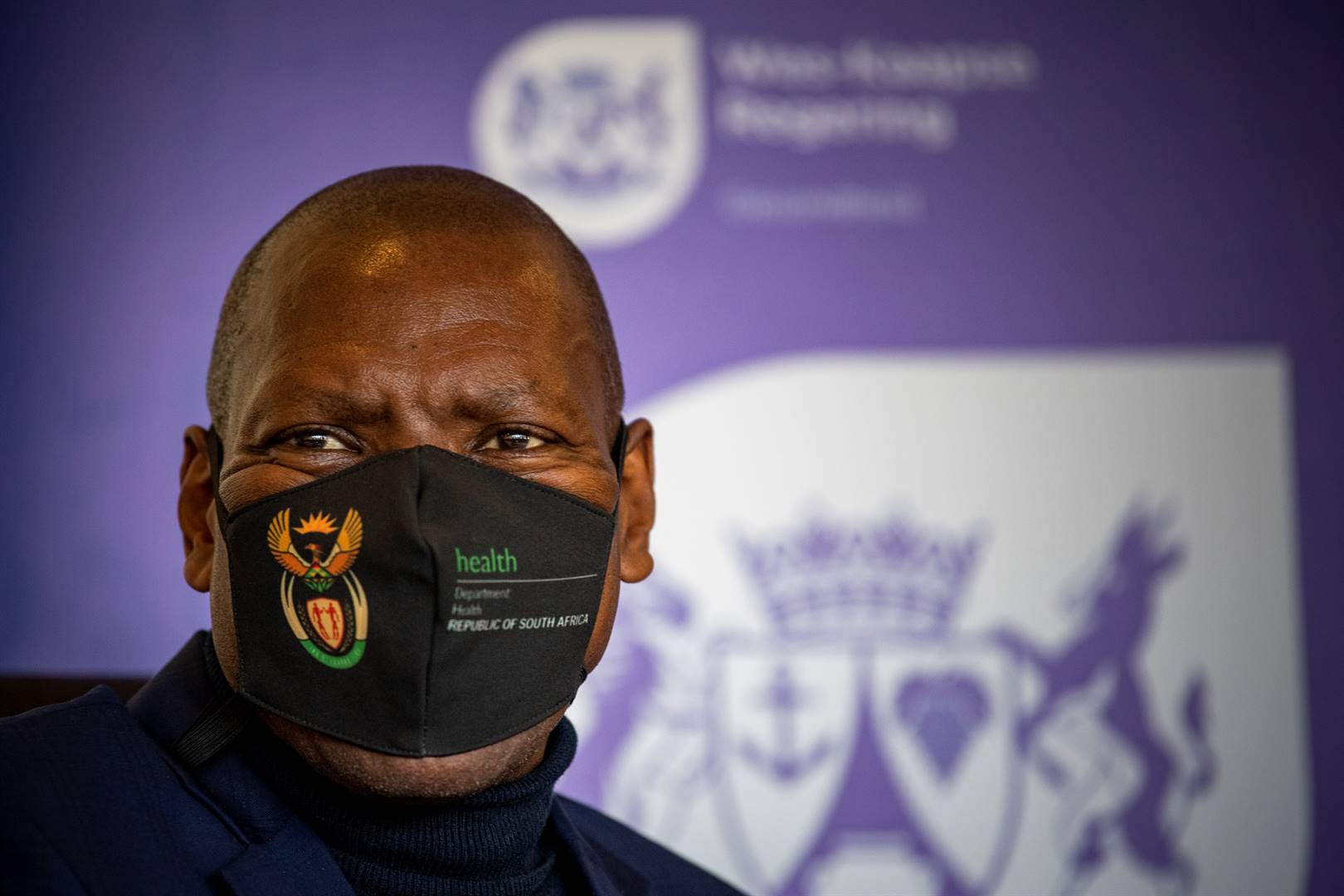 Health Minister Zweli Mkhize has thanked the Cuban medical contingent that has been deployed in South Africa, saying they have answered the call during one of the toughest seasons experienced in modern times.

Speaking at a virtual briefing attended by Cuban medical personnel and government representatives on Friday, Mkhize said the arrival of the Cuban Brigade in late April marked a seminal moment in the "close and rich kinship" that South Africa shared with Cuba.

"It has been nothing short of a pleasure to have received regular reports of the Cuban Brigade's integration into our system. While we understand that there may be issues of culture and language barriers, we have learnt over the years of fruitful partnership with Cuban medical expertise that patience is a virtue and that the investment is part of a long-term strategy toward the ideals of our Freedom Charter, our Constitution and our Health Compact."

Mkhize said one of the most famous and successful programmes was that of the the Nelson Mandela/Fidel Castro Programme, also known as the Cuban Doctor Training Programme.

"Through this programme, we have invested over R600 million training over 2 900 doctors between 2012 and 2019. This year, over 650 graduates from this programme will be absorbed into the South African healthcare system at a time when they are most needed.

I want to thank the Cuban Ambassador to SA, the Cuban embassy here & the embassy of SA in Cuba. #UpdateCubanDrs pic.twitter.com/jM9GkI5pWV

"It is particularly gratifying to note that many of the students that participate in the programme come from rural and underserved areas. Apart from the empowerment of those individuals and their immediate family and communities, this programme has driven human resources for health in a manner that no other programme has, as the graduates are well incentivised to return to their communities and serve as doctors in previously under-resourced areas," Mkhize said.

According to the minister, this was proving to be an important strategy for building the pool of human resources for health in impoverished and rural areas.

"Their ability to learn and speak Spanish gives them an extra edge in a country that looks after many foreign nationals that speak Latin-derived languages. This transformative programme has been running for 20 years. Enrolled students are contracted to work back the investment for the time their studies are funded – this guarantees the state at least five years of skills retention," Mkhize said.

I am particularly proud that the programme has produced high-excellence individuals, of note being Dr Lindiwe Sidali, who became the first black female cardio-thoracic surgeon in 2018.

"This programme has transformed lives and the picture of rural healthcare in South Africa forever," Mkhize said.

"This is the true definition of selfless devotion to the art of service. We know that many of these doctors have been toiling for many years, not returning home and even raising families in our beautiful country. To our brethren living among us – we see you and thank you for your invaluable contribution to the people of South Africa.

"Even now, in our hour of need, we were able to call on our Cuban sisters and brothers and they answered to that call, leaving family, friends and relatives behind to join hands with us in solidarity against the coronavirus."

You have joined South Africans in the Thuma Mina call. You are comrades in combat.#UpdateCubanDrs

Mkhize also reflected on some of the feedback that had been received from provinces as they have worked in partnership with members of the Cuban Brigade.

"[These] medical officers have been resourceful in primary healthcare as this is their specialty. Their data analytics and information management [have] been key in assessing the impact of intervention strategies. The biomedical engineers have been critical in the design, installation, adjusting, repairing and provision of technical support for biomedical equipment."

In Gauteng, members of the Cuban Medical Brigade were distributed throughout all five districts and some had been doing work with the central office, Mkhize said. "They are mainly working in quarantine and isolation sites, ward-based contract tracing, epidemiological surveillance and in hospitals where there has been noticeable nosocomial spread."

In the Northern Cape, the Brigade was doing outreach services in critical areas of need. "They are clinical leaders to the management teams and assist in the screening, testing and quarantining of patients. The Northern Cape Department of Health has attested to the invaluable contribution of the Covid-19 personnel from the Brigade."

In Limpopo, eight medical officers had been deployed into various facilities in five districts to boost case management. Three clinical engineering technologists, one hygienist and one biostatistician were stationed in Capricorn District. Cuban doctors during a welcome ceremony for Cuban health workers who were deployed to the Western Cape to support efforts in the fight against Covid-19 on May 24, 2020 in Cape Town.
Gallo Images PHOTO: Gallo Images/Misha Jordaan

"The deployments were based on areas where it was identified there was a shortage of human resources. Their presence has reduced workload and pressure on staff members, provided much-needed relief, improved processing of data and contributed to improved data reporting that feeds into the daily situational report on Covid-19 in the province. The health technologists have greatly assisted with the assessment of non-functional equipment," Mkhize said.

The 28-strong team deployed to the Western Cape consisted of health professionals with experience in planning, execution and management of public health. "They were fully integrated into the clinical teams working alongside the South African health professionals in order to strengthen the province's response to Covid-19. Several had worked in South Africa before and so were familiar with our systems."

In the Free State, where 17 members of the Brigade were deployed, their allocation addressed issues of staff shortages and this also led to an improvement in data collation in the province, the minister said. "While this is not an exhaustive account of the activities of the members of the Brigade, the reports reassure us that we have invested well in this initiative with trusted allies during a critical phase of the national Covid-19 pandemic."

Mkhize said he felt privileged to be joined by members of the Brigade on Friday. "It is an honour to be among compatriots who have tirelessly worked in the frontline alongside our own fellow countrymen in the healthcare sector.

"We thank you for answering the call during one of the toughest seasons experienced in modern times and we hope that this has been a fruitful and inspirational period for you all.

"Finally, it remains for me to thank President Cyril Ramaphosa for leading and driving this partnership which saw the implementation of a critical programme of boosting human resources for health during the Covid-19 pandemic."

South Africa and Cuba are undoubtedly two leading nations in medical expertise – especially in the fields of emergency-outbreak responses. This is a natural and fitting collaboration that captures the spirit of global solidarity.

"We have no doubt that this investment will leave a lasting legacy in our growing democracy and will help to pave the way towards the ideals that we share of delivering quality healthcare to all people, regardless of race, colour or creed.

"You have joined South Africans in the 'Thuma Mina' call. You are comrades in combat," Mkhize said.

We live in a world where facts and fiction get blurred
In times of uncertainty you need journalism you can trust. For only R75 per month, you have access to a world of in-depth analyses, investigative journalism, top opinions and a range of features. Journalism strengthens democracy. Invest in the future today.
Subscribe to News24
Related Links
SANDF medics join Cuban doctors to battle Covid-19 in Eastern Cape
It takes most foreign-trained doctors months to register in SA. How did Cuban health workers do...
Gauteng health MEC welcomes Cuban medical experts to fight Covid-19
Next on News24
LIVE | Winde slams Mkhize's statement on Western Cape spike, US sets new single-day record for Covid cases