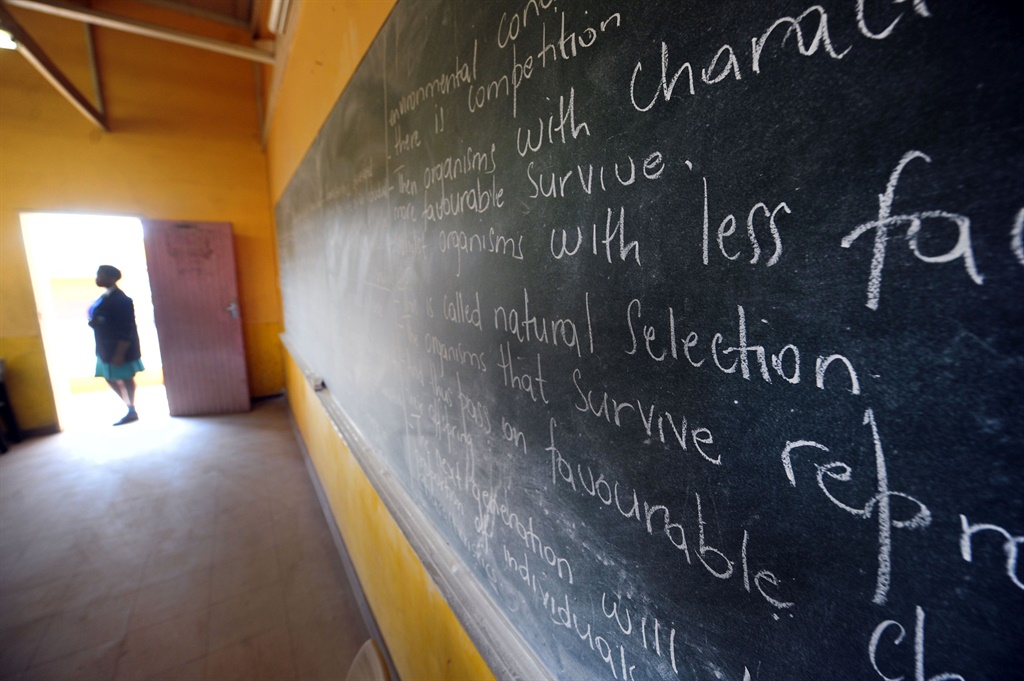 The sluggish pace of learning and teaching at Limpopo's Senwane Secondary School, which achieved a 0% pass rate in the 2018 matric exams, has been given as the reason for the school's performance.

The school, situated in the remote village of Ga-Molekwa in the Bakenberg area, enrolled 12 candidates for the exams and all of them failed.

It is one of the three schools in the province that had a 0% pass rate in 2018. The others are Letshekga-Malokwane and Ramoroke secondary schools, which enrolled 12 and two candidates respectively.

News24 visited the area on Tuesday and spoke to some candidates who pointed to the absence of a culture of learning and teaching at the school as the reason for the dismal performance. These sentiments were also echoed by some parents.

The principal, Max Mongatana, was reluctant to speak about the results. He has been acting in the position since the beginning of 2018.

Kholofelo Matlou, 20, who has since registered to repeat matric at the same school, said: "I believe the problem was teaching and learning. We did not receive enough lessons for the whole year, especially on mathematics and physical science.

How matric results reflect the inequalities of public and private education

Quality education should not become a good that can only be enjoyed by those who have money, writes Mcebo Dlamini.

"Sometimes we were left on our own because the teachers did not come to class often. I think some of the teachers should be changed and I hope this year we will do better because this is the first time this thing happened."

Another candidate, Francinah Matlou, 19, pointed out that the pupils themselves should also share the blame because they did not show enough enthusiasm. She has also registered to repeat matric at the same school.

"I think we were also playful and did not take our schoolwork seriously. This (0% pass rate) is a lesson and we will have to study more," Matlou said.

During the visit, staff members were on the premises and pupils were coming in drips and drabs to collect textbooks as they prepare to start the academic year on Wednesday.

But Limpopo education MEC Ishmael Kgetjepe blamed the 0% pass rate on the non-viability of "small" schools. He believes merging such schools is the solution.

"We have been saying that small schools are not viable and not sustainable educationally. Efforts of the department to rationalise these schools are often met with resistance and reasons which do not advance education and the interest of learners who are at these schools.

"We cannot continue to supply six teachers for only two learners," Kgetjepe said.

He also pointed a finger at the historical pattern of the construction of schools.

He said some people did not like it when people speak about the reality that, despite becoming a democratic nation, government had not planned to build schools in certain areas, leaving communities to do it themselves.

One of three schools in Limpopo with a 0% matric pass rate.

Minister Motshekga, you have an obligation to hold provincial education MECs accountable for the performance of these schools!#MatricResults2018 pic.twitter.com/8Dg3599cKx

We live in a world where facts and fiction get blurred
In times of uncertainty you need journalism you can trust. For only R75 per month, you have access to a world of in-depth analyses, investigative journalism, top opinions and a range of features. Journalism strengthens democracy. Invest in the future today.
Subscribe to News24
Related Links
Free State used our programme for matric success – Limpopo premier
Matric results: Where are the missing 400 000 pupils who started Grade 1 in 2007?
Gauteng celebrates: Only 3 schools didn't reach a 70% matric pass rate
Next on News24
LIVE | Covid-19 in SA: 13 575 new cases, 149 more deaths