As the four-and-a-half-year State Capture Inquiry finally came to an end on Wednesday, with the release of the final report, the chairperson of the commission, Chief Justice Raymond Zondo, said he had no regrets about the decisions he took.

During the handover ceremony at the Union Buildings in Pretoria on Wednesday, Zondo was asked whether he had any regrets about the work done by the commission.

He said one should always be open to admitting that one has made a mistake. "Whenever I have looked back at the decisions I took in the commission, I struggled to find any decision that I regret. I look back at decisions that I have taken, some of them very difficult, and I think, when I look back, I would take the same decisions faced with the same situation again," he said. 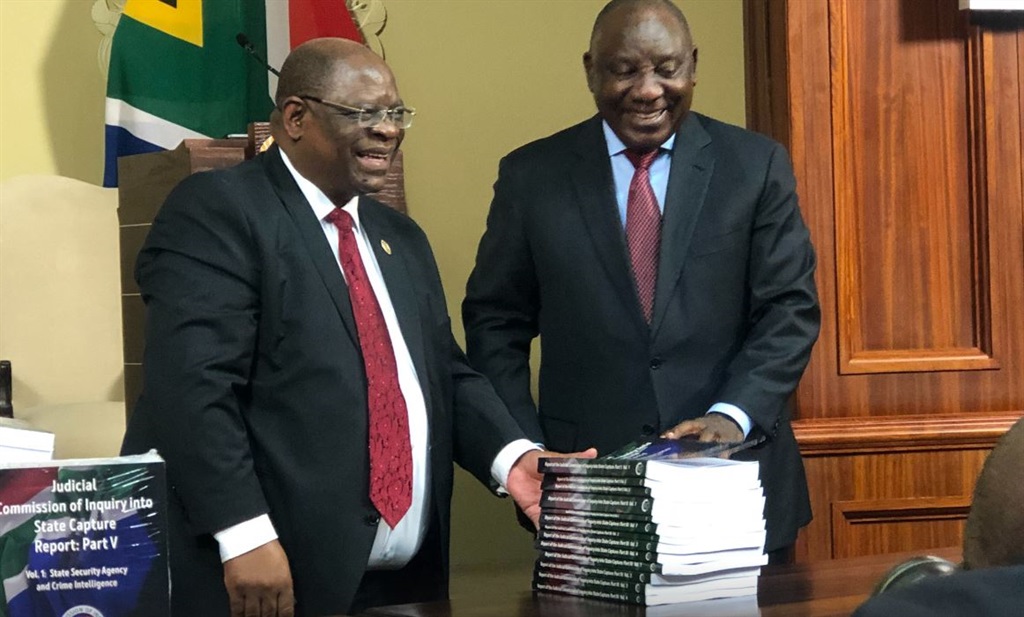 Zondo came under fire for some of the decisions he took, such as the time when he approached the Constitutional Court to find Jacob Zuma in contempt of court, and send him to prison for defying a summons to testify at the inquiry.

Zondo also came under fire for the numerous delays that plagued the commission and which led to it costing over a billion rand.

He thanked his entire staff and family, saying that, in the time they have worked at the commission, they had faced threats to their lives and, at times, gone for months without receiving their salaries.

Regarding the latest delay, which sparked speculation that there was interference, President Cyril Ramaphosa said any assertion in that regard was demeaning to the character of the chief justice.

"I think you have to take both of us at our word...not once wanting to discuss the work that the commission was doing.

"I cannot accept the innuendoes and the suppositions that the chief justice and I discussed the work....it is quite demeaning.

"Ramaphosa said the report was "far more than a record of widespread corruption, fraud and abuse, it is also an instrument through which the country can work to ensure that such events are never allowed to happen again".

He said that, as a nation, South Africa owed a great debt of gratitude to Zondo, "for the monumental task that he and the evidence leaders, the investigators, the lawyers and the researchers have all undertaken over these past four years in the service of their country".

He thanked the secretary of the commission, Itumeleng Mosala, and the other commission staff for the valuable contribution they had made to confront state capture.

Ramaphosa said state capture was "an assault on the country's democracy" and a violation of the rights of every man, woman and child in this country.

"Through the various reports released by the commission, we have come to understand what happened, who was involved, and what effect state capture has had on our state, our economy and our society."