The Jacob Zuma Foundation has, through its spokesperson Mzwanele Manyi, called the Constitutional Court's dismissal of former president Jacob Zuma's rescission application against his 15 month sentence for contempt of court, a miscarriage of justice.

Speaking to News24 minutes after the judgment had been handed down, Manyi said the foundation was gravely disappointed by the judgment and did not accept it as it amounted to a form of "bullying against the former president".

"Firstly, the fact that it has taken about three months for the court to give a verdict on a matter brought on an urgent basis is on its own a great travesty of justice. We believe that justice delayed is justice denied to the former president," he said.

He went on to add that the Constitutional Court had demonstrated that "the rights of the human being, in this case president Zuma, were less important that the court protecting its own dignity through upholding a wrong judgment of imprisoning the former president without a trial being afforded to him."

Manyi also bemoaned the strong language used by the court in its judgment, saying it showed "clear signs of emotions and anger from the court".

While the foundation did not accept the judgment, it was prepared "to abide and pay the cost order imposed" on Zuma, he said.

"We have no obligation to accept the judgment, but what we will do is we will comply and pay the cost order."

Manyi was quick to add that this would greatly increase the financial strain that Zuma was under, and he called on his supporters to continue making donations so that the former president could pay his Zondo Commission lawyers. 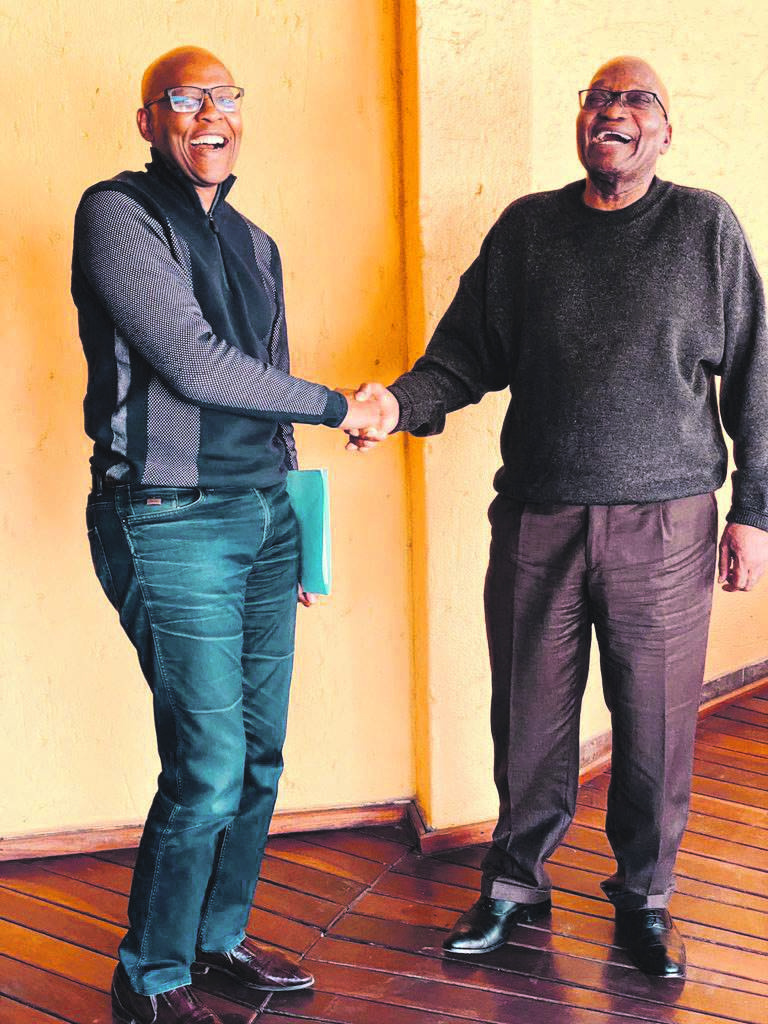 Mzwanele Manyi upon appointment as the Jacob Zuma Foundation Spokesperson

Manyi made the comments following the Constitutional Court's dismissal of Zuma's rescission application of the court's 15-month jail term after being found to have been in contempt of court.

The Constitutional Court dismissed the application with costs, saying there was "nothing in Mr Zuma's case that can be construed as exceptional".

Delivering the judgment, Justice Sisi Khampepe said the "predicament in which he [Zuma] now finds himself is not the making of the courts, nor does the solution lie with the courts".

She added that Zuma had brought the application "only now that the shoe pinches", yet he had refused to participate in the contempt of court proceedings.

"Instead of furnishing the courts with mitigating factors, Mr Zuma squandered the opportunity," said Khampepe, referring to a letter Chief Justice Mogoeng Mogoeng wrote inviting the former president to present facts in mitigation of possible sentence during his contempt of court case.

Legal expert Lawson Naidoo welcomed the ruling, saying: "We should all breathe a huge sigh of relief that the Constitutional Court has closed the door on unmeritorious appeals thinly disguised as 'rescission' applications."

When asked whether the former president would be fit enough to appear before the KwaZulu-Natal High Court in Pietermaritzburg next week where his corruption trial is set to resume, Manyi said the foundation "will be making an announcement about that tomorrow [Saturday]".

Here are the results for the Daily Lotto draw
Full list of lottery results
Lockdown For
DAYS
HRS
MINS
Voting Booth
Matric results are out! Are you happy with your child's result?
Please select an option Oops! Something went wrong, please try again later.
No, the pandemic really messed up their ability to focus
33% - 576 votes
Yes, they did well given the circumstances
67% - 1168 votes
Previous Results
Podcasts
LISTEN | The Inge Lotz Story - a miscarriage of justice