Zuma vs Zondo: Application for inquiry chairperson's recusal will be heard on Monday 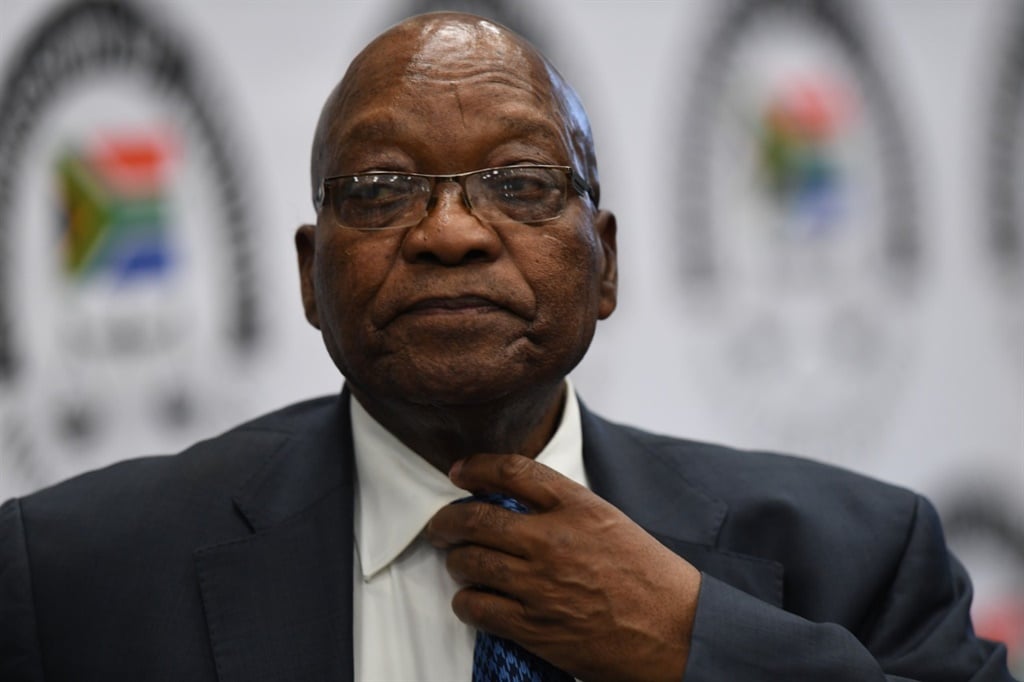 Jacob Zuma's lawyer was tight-lipped about the former president's scheduled return to the state capture commission next week.

He said the outcome of the application for Deputy Chief Justice Raymond Zondo's recusal "will determine the way forward".

Eric Mabuza, of Mabuza Attorneys, told News24 on Friday the application still has to be heard.

The commission confirmed it would hear the application at 10:00 on Monday.

News24 had sought clarity from Mabuza on whether Zuma would appear before the state capture inquiry on the set dates of 16-20 November 2020.

Professor Itumeleng Mosala, the commission's secretary, said the summons was served at Zuma's homestead at Nkandla on 22 October.

"It was made clear in the summons that if Mr Zuma made arrangements to give evidence by way of a video link and subsequently appeared before the commission using the video link, he would be deemed to have complied with the summons."

He said the commission's attempts to obtain a clear statement on whether Zuma would comply with the summons had been unsuccessful.

"Mr Zuma's attorneys informed the commission that Mr Zuma had not told them that he would defy the summons. The commission, however, made its position clear, that he is obliged to comply with the summons and it expects him to comply."

Zuma's lawyers lodged the recusal application on Wednesday. It was reportedly 100 pages long.

He appeared before the commission in July last year, but has not returned; he cited illness or a prior engagement.

The chairperson of the commission - Zondo - recently cleared the air about Zuma's claims that they had family ties.

He explained that he had a child with Zuma's sister-in-law about 25 years ago, which was before the former president married the child's aunt, Thobeka Madiba.

We live in a world where facts and fiction get blurred
In times of uncertainty you need journalism you can trust. For only R75 per month, you have access to a world of in-depth analyses, investigative journalism, top opinions and a range of features. Journalism strengthens democracy. Invest in the future today.
Subscribe to News24
Related Links
Zuma has not indicated that he plans to defy summons, lawyers tell Zondo commission
Adriaan Basson | Beware the crackpot general who wants to capture the ANC
Zuma attacks judiciary, claiming there is a political onslaught against him
Next on News24
LIVE | Covid-19 in SA: Infections rise by 1 862, deaths up by 110

Every day ke payday for Daily Lotto players
Full list of lottery results
Lockdown For
DAYS
HRS
MINS
Voting Booth
When a Covid-19 vaccine for under 16's becomes available, will you be taking your children to get it?
Please select an option Oops! Something went wrong, please try again later.
Yes, immediately!
36% - 1877 votes
I'll wait to see how others respond
27% - 1414 votes
No, I don't think they need it
37% - 1921 votes
Previous Results
Podcasts
PODCAST | MISSING MATTHEW EPISODE 3: Decades of false starts add to a family's despair