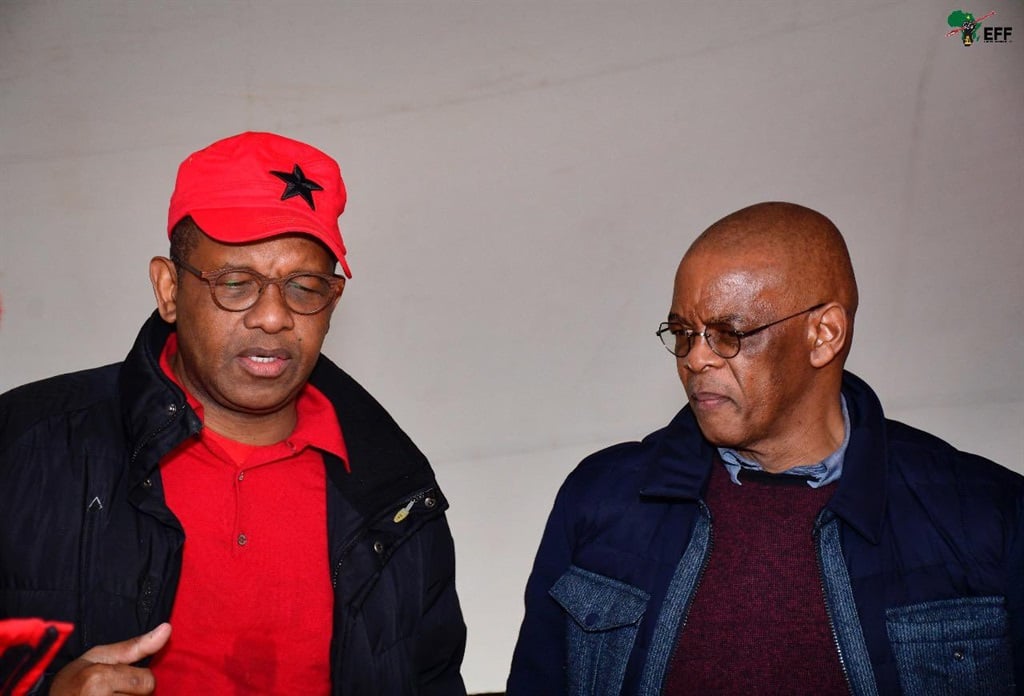 The ANC in the Free State believes suspended party secretary-general Ace Magashule was irresponsible and set a bad example to members when he attended the EFF's Freedom Charter celebrations.

Magashule shocked some when he was pictured happy and excited along with EFF leaders at the party’s Freedom Charter commemoration event in Kliptown, Soweto on 26 June.

The suspended ANC leader had toured various parts of the country while on suspension and facing corruption charges.

The ANC in the Free State warned ANC members not to emulate Magashule's actions as his behaviour went against his position in the party.

The EFF leadership with Secretary General of the ANC @Magashule_Ace at the Walter Sisulu Square observing Freedom Charter Day The EFF is the only organisation that cherishes this historic day in the history of the liberation struggle#EFFFreedomCharterDay pic.twitter.com/bJL07TwPc5

The Free State interim provincial committee is headed by Mxolisi Dukwana, who has not agreed politically with Magashule.

"As a provincial structure, we deplore in strongest terms such an irresponsible conduct and request all the members in the province not to follow that example as it tarnishes our image," the ANC in the province said.

The Free State ANC has been troubled by disputes for several years since the departure of Magashule to the national office in 2017.

The province has a temporary structure in place, which had been conducting a membership audit and aims to hold a provincial conference in September.

The interim committee described Magashule's visit to the EFF as one of several tendencies that had destroyed the party in the province.

"It is important to note that in the diagnostic report that we produced at the inception of this structure, we listed the negative tendencies that devoured the unity and destroyed the traditions and culture of the organisation. This conduct of the secretary-general comes as a new negative tendency and must not be emulated by any member," the committee said in a statement on Wednesday.