The main charge of corruption emanates from a finding in the final instalment of the Zondo Commission's report into state capture that Fraser was allegedly a law unto himself when handling money at the State Security Agency (SSA).

Cope also announced that it would lodge similar cases against others implicated in wrongdoing in the report.

Cope spokesperson Dennis Bloem said the allegations against Fraser were "very serious" and that they warranted immediate investigation by law enforcement agencies.

He was quick to add that the party was not doing Ramaphosa's bidding.

"We are not concerned about the fight between Fraser and Ramaphosa nor the fact that he had opened a case against the president. Our main concern is that state intelligence is the heart and soul of any country and if that is compromised then any country is susceptible to foreign attacks."

He went on to say that "the abuse of taxpayers' money on a private intelligence unit called Principal Agents Network [as found in the final section of the report] is very scary and needs immediate action from the criminal justice system".

Zondo recommended that Fraser be investigated.

Fraser, former State Security Minister David Mahlobo and Ambassador Thulani Dlomo are implicated in allegations on the mishandling and distribution of large amounts of money from the SSA.

To date, the report found, Fraser has still not accounted for R125 million. Bloem said this "poses a great danger to the security and stability of the country" as such a rouge unit may still be in operation.

As such, Bloem said the party was trying to fast-track the process of implementing Zondo's recommendations.

He said this action was the first "of a series of rolling action on the implementation of the Zondo Commission's recommendations".

"We will continuously approach police to lay criminal charges against different people whom the commission recommends that the Hawks must investigate and charge," Bloem added. 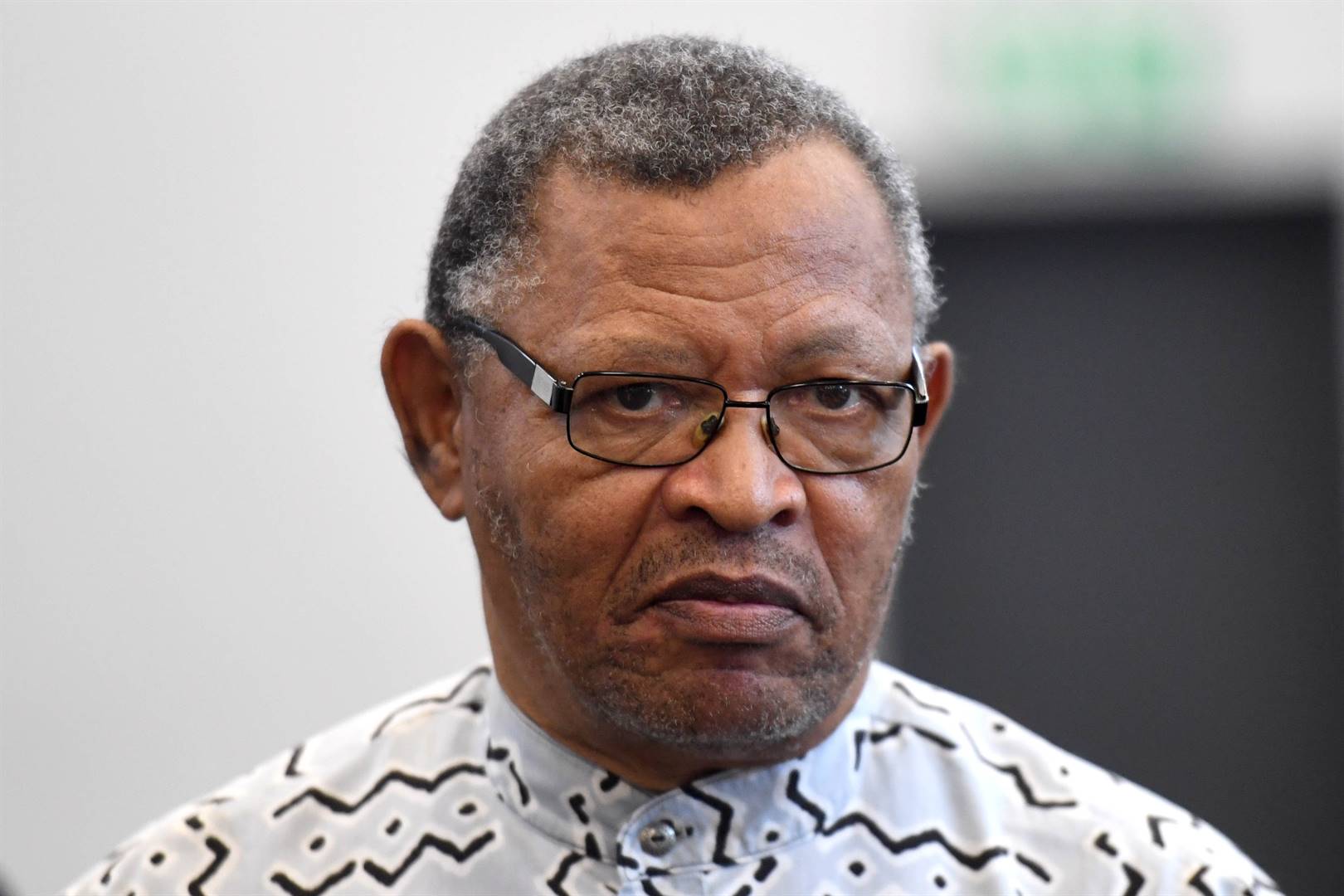 He told News24 that the charges were the first of many" and that "next week, we will be laying charges against more state capture accused".

The country could not wait on Ramaphosa for another four months before action is taken against those implicated in the report, he added.

"It is our duty and responsibility to assist the National Prosecuting Authority and the Hawks by laying criminal charges against those who must face the full might of the law," Bloem said.

We live in a world where facts and fiction get blurred
In times of uncertainty you need journalism you can trust. For 14 free days, you can have access to a world of in-depth analyses, investigative journalism, top opinions and a range of features. Journalism strengthens democracy. Invest in the future today. Thereafter you will be billed R75 per month. You can cancel anytime and if you cancel within 14 days you won't be billed.
Subscribe to News24
Next on News24
Impeachment committee hears about Mkhwebane's 'bizarre' request on SARB's mandate