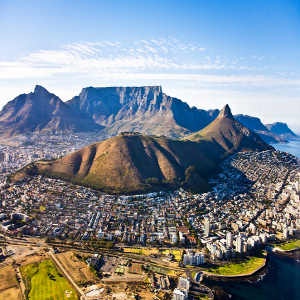 Cape Town - The City of Cape Town is delighted by the latest rankings released by the International Congress and Convention Association (ICCA) which once again placed Cape Town as the number one city in Africa for business tourism events.

The city made a positive leap of 15 places to be ranked in the Top 40 destinations for business tourism in the world, on its previous performance.

Cape Town was followed by Marrakech, Kigali, Durban and Joburg as the top five African cities in the 2016 Business Tourism events performance list.

While South Africa is the top country overall in Africa for events hosted, it failed to make the top 10 world-wide list of top destinations for business travel.

Top cities for events hosted in 2016 overall, saw Paris, clinched the top spot, followed by Vienna, Barcelona and Berlin in second, third and fourth position, as London rounded off the top five.

The top 10 country rankings are made up of the same countries as last year, with some minor shift and one newcomer, Portugal, in a shared tenth place. The US was in top spot, followed by Germany and then the United Kingdom.

In a statement issued by the city on Wednesday 10 May, Executive Mayor Patricia De Lille says, "Cape Town has year-on-year been confirmed as the events capital of Africa and the latest rankings are further proof that our efforts to become the business events capital on the continent are paying off".

ALSO SEE: Study reveals: Cape Town among the best cities in the world for millennials

Some of the key gatherings hosted and supported by the City in 2016 include the South African Innovation Summit, the Mining Indaba, the Structural Engineering, Mechanics and Computation International Conference and the World Energy Cities Partnership Annual General Meeting.

And while most business travellers can't seem to get enough of Table Mountain other major attractions in the city, they often return for work. The events and conferencing sector is a key part of our economy and major job creator, with its value largely underestimated.

The National Department' s Portfolio Committee on Tourism is also strongly focused on President Jacob Zuma's call at the State of Nation Address for radical economic transformation to ensure inclusive growth and the need to contribute to the reduction of poverty, inequality and unemployment in South Africa.

SEE: Alarming 10+m drop in domestic tourism over three years: Why and where to from here?

Tourism Minister Tokozile Xasa, speaking during the department's Annual Performance Plan (APP) and Budget in Parliament on 3 and 5 May, also emphasised that while the overall economy has witnessed a slowdown, the tourism growth trajectory has been on the rise with regard to tourist arrivals, employment, GDP and tourism spend.

Events and conferencing sector a key part of our economy

"Since 2012, it has been part of our Economic Growth Strategy to build the city’s reputation as a place that is open for businesses by creating an enabling environment for economic growth and to create much needed jobs for the people of our city," adds De Lille.

The City has also launched the Invest Cape Town initiative to further strengthen its standing as a leading business destination, with the aim of enhancing the perception that Cape Town is only a top leisure tourism destination.

'Ideal place for the world to meet to talk business'

"Our Organisational Development and Transformation Plan will take our city to the next level as we push our ambitions even more to position Cape Town as a globally competitive business city," say De Lille.

We live in a world where facts and fiction get blurred
In times of uncertainty you need journalism you can trust. For only R75 per month, you have access to a world of in-depth analyses, investigative journalism, top opinions and a range of features. Journalism strengthens democracy. Invest in the future today.
Subscribe to News24
Related Links
Weather Update: Rain expected in Western Cape ahead of ice weekend with 100cm snow in parts
6 Awesome airport lounge upgrades passengers need to know about
WATCH: West Coast's Blouberg brought to life through five unique individuals
Next on News24
Sleepy coastal towns in SA where you can avoid the summer crowds

R200k for two Daily Lotto players!
Full list of lottery results
Lockdown For
DAYS
HRS
MINS
Voting Booth
When and why would you have your or your partner's sperm count checked?
Please select an option Oops! Something went wrong, please try again later.
That's an unnecessary procedure
17% - 280 votes
As soon as we decide to start a family
6% - 104 votes
Only if we're struggling to conceive
76% - 1240 votes
Previous Results
Podcasts
PODCAST | The Story: Public Protector Busisiwe Mkhwebane's fate hangs in the balance