More than 180 years ago, the Great Karoo was roamed by the majestic Cape lion – a particularly magnificent black-maned subspecies.

Wiped out by hunters, their relatives are being welcomed back to Samara Private Game Reserve near Graaff-Reinet thanks to an ambitious re-introduction project.

PICS: Lions and giraffes frolic in the snow at Western Cape game reserve

Samara is now home to a founder pride of lions as part of a project to return the Karoo to the state of astounding biodiversity it once enjoyed. Their presence on the reserve will help to restore a once thriving ecosystem.

The move is a significant one for several reasons. For a start, there is a pressing need for conservation initiatives targeting lions: the species has dwindled by 43% in the past 20 years, so that current lion populations are estimated at between 20 000 and 30 000. In South Africa, there are just 3 000 wild lions. 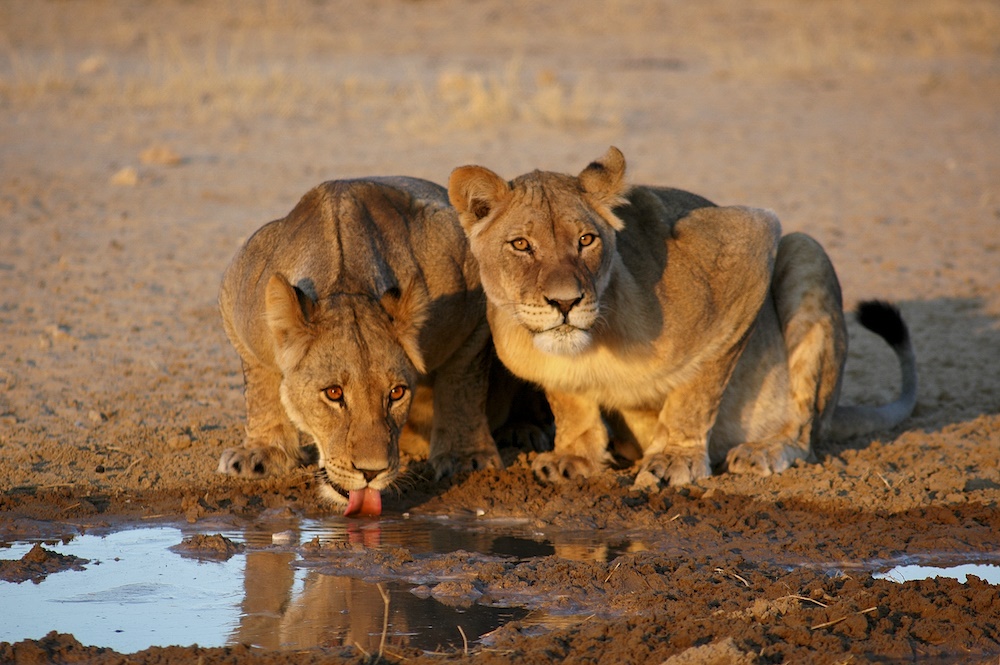 Threats to the species include conflict with humans, depletion of their prey base due to habitat loss and the bushmeat trade, and the illegal trade in lion bones for traditional medicine in the Far East. In South Africa, the greatest challenge is posed by the ‘canned lion’ industry, where cubs are bred in captivity, often hand-reared, only to later be shot by trophy hunters in small enclosures.

These lions have no conservation value. This emphasises the need to create well-managed meta-populations – in other words, spatially separate groups that allow for translocations to ensure genetic diversity and to establish founder populations in areas where lions once thrived, but have since been wiped out. Samara is a case in point. Historical records indicate that the last wild lion in the area was seen in 1840.

From the reserve’s perspective, the lions’ return marks a significant milestone. Not only does it establish Samara as a Big Five game reserve, the first in the Great Karoo, but it also advances the vision of Samara founders Mark and Sarah Tompkins: to transform the area into a fully-restored and functional Great Karoo ecosystem. Says Sarah, “The land on which Samara was established 21 years ago is made up of 11 old livestock farms in one of the world’s 36 biodiversity hotspots.

PICS:Sea lions are bringing all the tourists out to the Peruvian coast

Already, much has been done to return this land to its former state: vegetation communities have improved significantly; antelope species have been re-introduced and the first wild cheetah made its return to the area after 130 years in 2004. More recently, the re-introduction of elephants, including two large bulls, has restored megaherbivore ecosystem processes.”

The new lion population means that the ecosystem has an apex predator, and positions Samara one step closer to achieving its ultimate goal of establishing a series of ecological corridors and public-private partnerships which will see the region become South Africa’s third largest protected area.

Sarah notes that, as a further advantage, the introduction of lions has positive implications for the community at large. It improves the reserve’s ability to make a contribution to sustainable responsible eco-tourism in the area, which in turn leads to job creation. Added to this, it generates additional skills development opportunities at the SA College for Tourism Tracker Academy, which trains 16 young individuals per year in the art of tracking and is based at Samara.

“This is a monumental moment; not just for us at Samara, but also for the greater South African conservation community,” Sarah concludes.

We live in a world where facts and fiction get blurred
In times of uncertainty you need journalism you can trust. For only R75 per month, you have access to a world of in-depth analyses, investigative journalism, top opinions and a range of features. Journalism strengthens democracy. Invest in the future today.
Subscribe to News24
Related Links
WATCH: Male lion ruins lionesses' hunt of a warthog
PICS: Sea lions are bringing all the tourists out to the Peruvian coast
WATCH: Eina! Hyena takes a bite from buffalo's balls
Next on News24
Sleepy coastal towns in SA where you can avoid the summer crowds

Lucky Sunday for 3 Daily Lotto players
Full list of lottery results
Lockdown For
DAYS
HRS
MINS
Voting Booth
Children between 12 and 17 can now be vaccinated against Covid-19. As a parent I am:
Please select an option Oops! Something went wrong, please try again later.
Relieved, it's been a long wait to this point
50% - 2488 votes
A bit hesitant, and will wait to see how it goes
22% - 1070 votes
Completely against my child getting the shot
28% - 1383 votes
Previous Results
Podcasts
PODCAST | My Only Story: Fiddling, sex jokes and flirting – another water polo coach exposed