PODCAST: ANC and the polls – are the party's leaders even bothered with the upcoming elections? 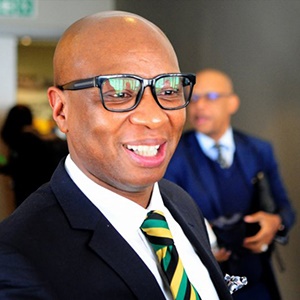 This week on POLOTIKI, yet another ANC leader has found himself in the middle of sexual assault claims, EFF leader Julius Malema takes the land question to Newcastle and we peel off another layer of the relationship between the ruling party and scandal-riddled Bosasa.

The ANC's national working committee earlier this week decided its spokesperson, Pule Mabe, and acting spokesperson Zizi Kodwa, who has been in that role since last month, should "step aside" from their responsibilities of giving comment to the media.

The decision comes as the two faced allegations of sexual violence. Kodwa is accused of having allegedly drugged and raped someone. He has dismissed that claim as a "dirty tricks campaign by cowards operating from their factional dark corners, using women to fight or neutralise" him.

ANALYSIS: ANC wars: The bough is breaking, when will the cradle fall?

News24 senior political reporter Tshidi Madia and News24 associate editor for in-depth News Pieter du Toit look at how the allegations might affect the ANC at the polls.

News24 investigative journalist Kyle Cowan also unpacks the ruling party's election "war rooms" that were set up at the Krugersdorp headquarters of corruption-accused company Bosasa in the run-up to at least three previous elections, without the party having to carry any of the costs.

And the DA launched its manifesto in Johannesburg on Saturday. Is it still part of the national conversation?

ANALYSIS: Everything to lose for the DA in the battle for the heart and soul of SA

We live in a world where facts and fiction get blurred
In times of uncertainty you need journalism you can trust. For only R75 per month, you have access to a world of in-depth analyses, investigative journalism, top opinions and a range of features. Journalism strengthens democracy. Invest in the future today.
Subscribe to News24
Related Links
PODCAST: The depressing budget, Gavin Watson in action... and Eskom
PODCAST: Eskom's never-ending nightmare and Mentor's disastrous testimony
PODCAST: #SONA2019 | Focus on the economy (almost a Mbeki-type speech)
Next on News24
PODCAST | The Story: Public Protector Busisiwe Mkhwebane's fate hangs in the balance