PODCAST | The Story: Babita Deokaran's death and the risks of being a whistleblower 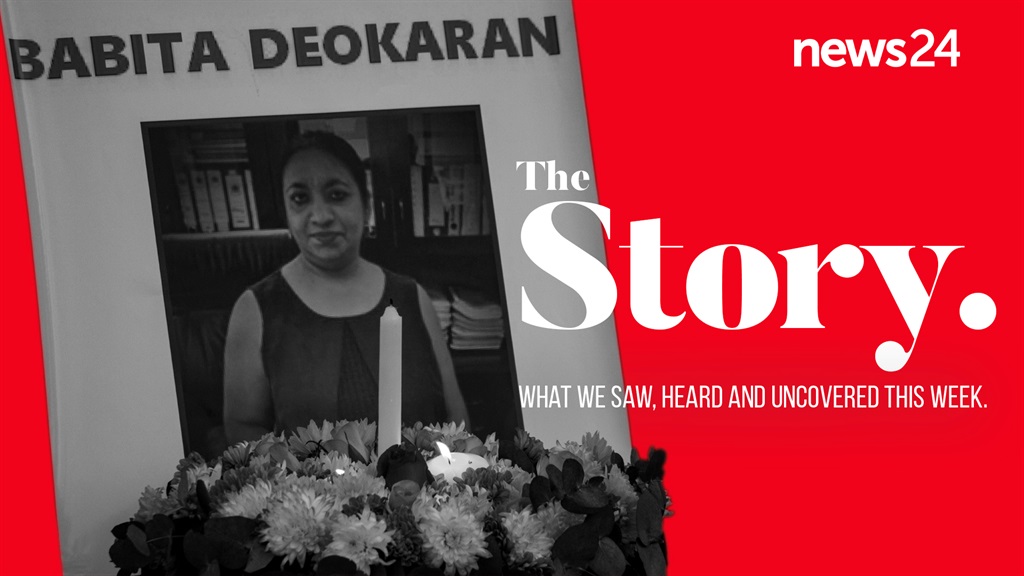 This week on The Story, whistleblowers are in the spotlight following Babita Deokaran's death.
Kayleen Morgan

The murder of Gauteng health department official Babita Deokaran has turned the spotlight on whistleblowers and the need to review policies to protect them.

Deokaran was gunned down outside her home in Mondeor, Johannesburg, after dropping off her child at school. A special task team has been set up to investigate her murder.

In this week's episode of The Story, we speak to News24 journalist Lwandile Bhengu, who has been covering the case.

Bhengu attended the court appearance of six people arrested in connection with Deokaran's murder and provides details on the current status of the investigation.

We also speak to journalist and author of The Whistleblowers, Mandy Wiener, who unpacks the risks facing whistleblowers as well as the weaknesses in protective legislation.

She says whistleblowers in South Africa are treated as "pariahs" and are often pushed to the fringes of society. She believes if we want to win the fight against corruption, we need to "stack the cards in the favour of whistleblowers".

News24 investigations have revealed that police are now zoning in on a senior ANC figure as the mastermind behind Deokaran's assassination.

Journalist Jeff Wicks, through police sources, revealed that those arrested have pointed police in the direction of the ANC figure who allegedly ordered the hit.

Sweet Sunday for 2 Daily Lotto winners!
Full list of lottery results
Lockdown For
DAYS
HRS
MINS
Voting Booth
After the opening weekend of URC action, what did you make of the South African struggles?
Please select an option Oops! Something went wrong, please try again later.
It exposed the quality of South African rugby...
40% - 371 votes
There were positives to take
7% - 66 votes
We shouldn't read too much into one weekend
17% - 160 votes
It will take the SA sides time to adjust to the new competition
36% - 334 votes
Previous Results
Podcasts
PODCAST | The Story: Spotlight on filicide - what triggered Lauren Dickason? And how to get help