PODCAST | Too Many Enemies: Episode 1 - the assassination of billionaire Wandile Bozwana 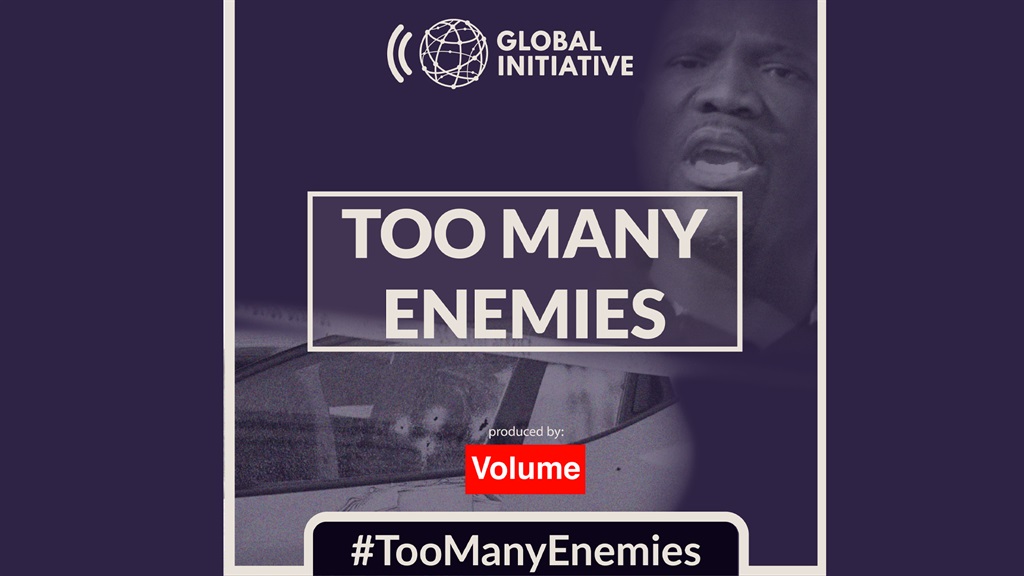 Too Many Enemies, a brand new podcast series, explores the assassination of a billionaire. Brought to you by The Global Initiative against Transnational Organised Crime in partnership with News24 and produced by Volume.

Billionaire businessman Wandile Bozwana was gunned down in a hail of bullets in Pretoria in October 2015 when he stopped at a traffic light. He died at the age of 43.

Too Many Enemies, a new podcast series produced by Paul McNally, will explore this assassination in detail over the next six weeks. It is a story involving top politicians, taxi bosses and assassins. The series will look at what the assassination of Bozwana means for the state of politics, crime and justice in South Africa today.

In the first episode, McNally explores the reasons behind the hit that led to Bozwana's death. Vusi "Khekhe" Mathibela, the person accused of arranging the hit men who killed Bozwana, is currently on trial.

McNally sits down with private investigator Mike Bolhuis who the Bozwana family employed to investigate the case.

He also speaks Themba Gwabeni, a member of the North West Business Forum and an old friend of Bozwana. The forum offered a R2 million reward for information leading to the successful prosecution of those involved in the murder.

Finally, Mark Shaw, the director of the Global Initiative Against Transnational Organised Crime, gives some perspective on the case.

Bozwana's death is not unique, and bears many of the hallmarks seen in other assassinations in South Africa. That he had political connections also reflects a trend of political rivalries being settled through violence.

His case represents the full-blown assassination crises that the region is going through. There have been 50 mining assassinations and attempted ones since 2016.

In the past 10 years, at least 345 people have lost their lives in politically linked hits in KwaZulu-Natal.

3 scoop the Daily Lotto jackpot
Full list of lottery results
Lockdown For
DAYS
HRS
MINS
Voting Booth
When and why would you have your or your partner's sperm count checked?
Please select an option Oops! Something went wrong, please try again later.
That's an unnecessary procedure
16% - 831 votes
As soon as we decide to start a family
7% - 379 votes
Only if we're struggling to conceive
76% - 3851 votes
Previous Results
Podcasts
News24's 'Exodus' series awarded best global podcast of the year