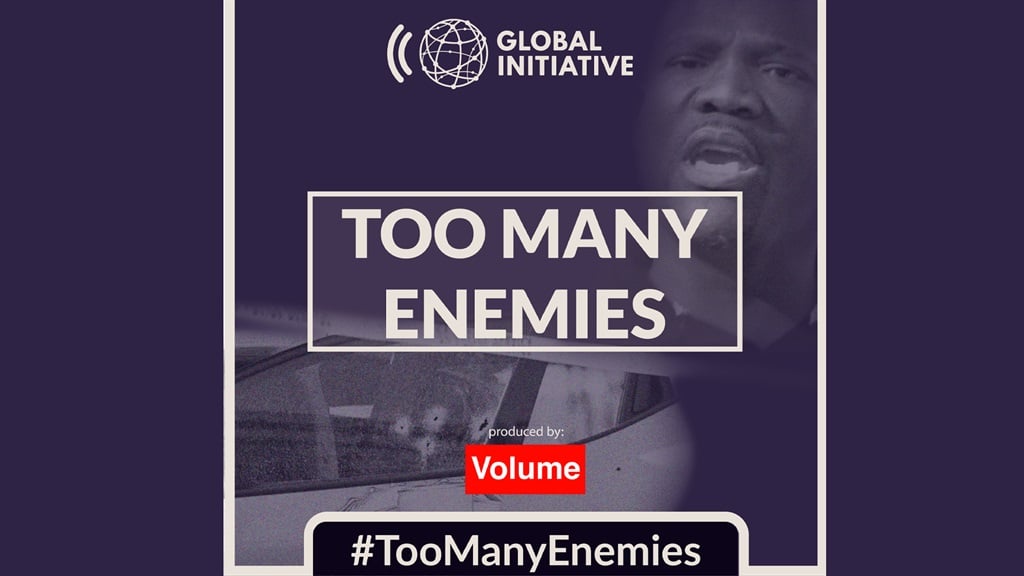 Too Many Enemies, a new podcast series, investigates the assassination of a billionaire. It is brought to you by the Global Initiative Against Transnational Organized Crime, in partnership with News24, and produced by Volume.

A KwaZulu-Natal taxi boss and alleged triggerman in the assassination of billionaire businessman Wandile Bozwana has been arrested, six years after the killing that sent shockwaves through political and business circles in South Africa.

According to a report in the Sowetan newspaper, Senzo Mncube, 40, who had been in hiding since the Bozwana murder in 2015, allegedly taunted the police while he was on the run and even called them to brag that he would never be caught.

He was finally arrested in Ulundi on 23 May. The case has been postponed until 7 June for a bail hearing.

This week in Episode 4 of Too Many Enemies, producer Paul McNally investigates the taxi industry's links to the Bozwana killing and its disturbing role in assassinations and violence in South Africa.

Mathibela, you will remember from last week's episode, is currently in prison and has pleaded not guilty to the charges.

But even though he remains behind bars, his very name still invokes fear.

McNally heads to Mamelodi to dig into Mathibela's controversial past before meeting Hettie Groenewald who has been appointed by the provincial government to reorganise MATA and end the deadly violence plaguing the association which has left several of its members dead.

Too Many Enemies is a story involving top politicians, taxi bosses and assassins. This six-part series looks at what the assassination of Bozwana means for the state of politics, crime and justice in South Africa today.

New episodes will be released weekly on News24. There are two more episodes left in this series.

Next week, we will investigate southern Africa's assassinations crisis and how hits have become terrifyingly commonplace.

*A media clip used in this episode is courtesy of Newzroom Afrika.

We live in a world where facts and fiction get blurred
In times of uncertainty you need journalism you can trust. For only R75 per month, you have access to a world of in-depth analyses, investigative journalism, top opinions and a range of features. Journalism strengthens democracy. Invest in the future today.
Subscribe to News24
Next on News24
WATCH | Lesotho experiences the year's first snowfall

R200k for two Daily Lotto players!
Full list of lottery results
Lockdown For
DAYS
HRS
MINS
Voting Booth
When and why would you have your or your partner's sperm count checked?
Please select an option Oops! Something went wrong, please try again later.
That's an unnecessary procedure
17% - 237 votes
As soon as we decide to start a family
6% - 83 votes
Only if we're struggling to conceive
77% - 1058 votes
Previous Results
Podcasts
PODCAST | The Story: Public Protector Busisiwe Mkhwebane's fate hangs in the balance