POLITICS PODCAST: Are we seeing a realignment of factions in the ANC? 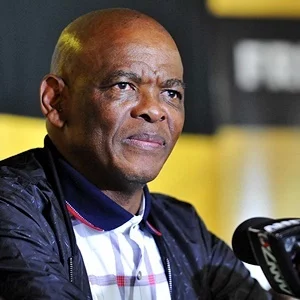 This week on POLOTIKI we look at the "surprise" appointment of Good party leader Patricia de Lille to Cabinet and how the ANC sees the mandate of the SA Reserve Bank changing.

There was much confusion after ANC secretary general Ace Magashule told a press briefing that the NEC had agreed that the Reserve Bank's mandate should be expanded beyond price stability, to make it an active agent in economic transformation and job creation.

However, Enoch Godongwana, also an NEC member and the head of the ANC's sub-committee for economic transformation, said Magashule's statement was inaccurate.

Then President Cyril Ramaphosa stepped in, affirming the current mandate of the Reserve Bank and describing the fracas surrounding it as "not helpful".

Was Magashule the best person to deliver the statement? Our host doesn't think so.

ANALYSIS: The ANC's 'broad church': A clearing house for patronage networks and looters

News24 political journalist Lizeka Tandwa and News24 Fast News Editor Sheldon Morais talk about the "shocking" selection of "Aunty Pat", but they believe she is the right person for the job.

They also consider how the selection of certain ministers might result in a realignment of the factions in the ANC.

This week, Mkhwebane took to YouTube to "communicate directly with South Africans" on the statements made against her regarding the handling of the Gordhan case.

Is there an amicable way this scenario can be resolved?

Once you've listened, share the podcast and let us know what you think.

We live in a world where facts and fiction get blurred
In times of uncertainty you need journalism you can trust. For only R75 per month, you have access to a world of in-depth analyses, investigative journalism, top opinions and a range of features. Journalism strengthens democracy. Invest in the future today.
Subscribe to News24
Related Links
POLITICS PODCAST: The next chapter in SA politics unfolds
POLITICS PODCAST | Will Ramaphosa clean up his Cabinet?
POLITICS PODCAST: Number crunching – ANC confident of holding on to Gauteng
Next on News24
PODCAST | The Story: Public Protector Busisiwe Mkhwebane's fate hangs in the balance

R200k for two Daily Lotto players!
Full list of lottery results
Lockdown For
DAYS
HRS
MINS
Voting Booth
When and why would you have your or your partner's sperm count checked?
Please select an option Oops! Something went wrong, please try again later.
That's an unnecessary procedure
17% - 282 votes
As soon as we decide to start a family
6% - 105 votes
Only if we're struggling to conceive
77% - 1262 votes
Previous Results
Podcasts
PODCAST | The Story: Public Protector Busisiwe Mkhwebane's fate hangs in the balance