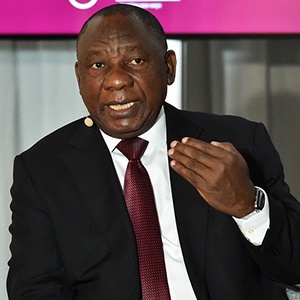 This week on POLOTIKI, President Cyril Ramaphosa takes centre stage following his reply to the State of Nation Address (SONA) debate and the Public Protector's investigation into a payment from corruption-accused company Bosasa.

Opposition parties analysed and picked apart the president's dream for South Africa in Parliament on Tuesday and some called it "stale, empty and meaningless".

COLUMN: Ramaphosa can aim higher knowing the public stands behind him

Earlier this week, Mkhwebane said she was investigating a R500 000 donation, allegedly from the CEO of Bosasa (now known as African Global Operations) Gavin Watson, in his personal capacity, to Ramaphosa's campaign for the ANC presidency.

Allegations of money laundering have also come up in the investigation. But can the Public Protector look into it if it is not related to the public purse?

Our hosts also touch on how only 18 municipalities in the country managed to receive clean audits. Are these the fruits of state capture?

The president has asked South Africans to join in his vision. He says it is not a dream but a vision for the country. Our question for you this week: Do you believe in it?

We live in a world where facts and fiction get blurred
In times of uncertainty you need journalism you can trust. For only R75 per month, you have access to a world of in-depth analyses, investigative journalism, top opinions and a range of features. Journalism strengthens democracy. Invest in the future today.
Subscribe to News24
Related Links
POLITICS PODCAST | SONA: Can Ramaphosa realise his dream for SA?
POLITICS PODCAST: Is Ace Magashule strong enough to outplay the ANC's probe?
POLITICS PODCAST: Are we seeing a realignment of factions in the ANC?
Next on News24
WATCH | Part of N2 in KwaZulu-Natal closed following protests