Tensions are high in Piet Retief following the deaths of two brothers earlier this month.

Eighty-six-year-old Arthur Daniels found himself in the thick of things when he tried to drive past a group of protesters on Tuesday.

"I didn't know what was happening, and nobody said you're not allowed here. But then they started throwing stones. I turned at the robot and it didn't stop," Daniels told News24.

To escape the attack, he drove into barbed wire that police had put in the road to bar protesters from accessing the courtroom where five people appeared in connection with the murder of brothers, Mgcini and Zenzele Coka, who were killed on 9 April at Pampoenkraal Farm, near Piet Retief.

Daniels' vehicle came to a halt and police were nearby to help him. The police fired stun grenades and rubber bullets.

His car windows were shattered. 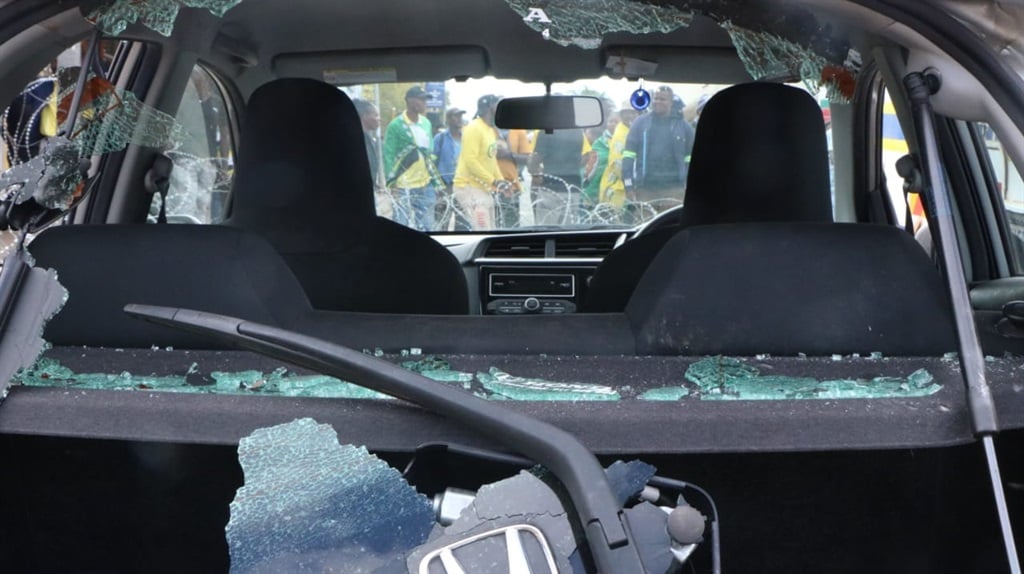 Danie Malan, Orchard Klingenberg, Cornelius Greyling, Ignatius Steinberg, and Senzele Yende are in custody in connection with the brothers' murder and await the outcome of their bail application.

We live in a world where facts and fiction get blurred
In times of uncertainty you need journalism you can trust. For only R75 per month, you have access to a world of in-depth analyses, investigative journalism, top opinions and a range of features. Journalism strengthens democracy. Invest in the future today.
Subscribe to News24
Next on News24
WATCH | Evacuated UCT students 'overwhelmed' by response to call for donations