WATCH | Profile of a killer: Who is murdering Tshwane's homeless? 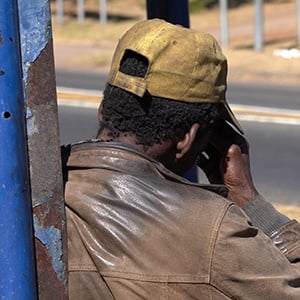 A homeless man sits on the floor at a bus stop in the Magnolia Dell park, in Muckleneuk, Pretoria. The bodies of two homeless men were discovered in this park on June 8 and 9.
Sharlene Rood

Between June 1 and June 19, five homeless men were found dead in Tshwane.

While police have not said whether the spate of murders was the work of a serial killer, they have called the perpetrator the "nocturnal prowler". They're on the hunt for a suspect... before more bodies turn up.

The first body was found in a veld near Mears Park train station on June 1, according to police.

Two more bodies were found in Magnolia Park on June 8 and 9 and a fourth was found on a pavement on the corner of Justice Mahomed and Troye streets on June 18.

The fifth and body was found at a bus stop near Unisa's main campus on June 19.

READ MORE: Homeless killings – What we know so far about the Tshwane murders

We live in a world where facts and fiction get blurred
In times of uncertainty you need journalism you can trust. For only R75 per month, you have access to a world of in-depth analyses, investigative journalism, top opinions and a range of features. Journalism strengthens democracy. Invest in the future today.
Subscribe to News24
Related Links
Homeless killings: What we know so far about the Tshwane murders
Homeless attack: Cops and NPA at odds over non-appearance of suspect in court
Homeless killings: Three of the men murdered in Tshwane identified
Next on News24
WATCH | Pollsmoor prison raids: Cellphones, sharp objects and drugs confiscated

2 bag the Daily Lotto jackpot!
Full list of lottery results
Lockdown For
DAYS
HRS
MINS
Voting Booth
The EFF has voted with the DA to ensure they now govern Johannesburg, Tshwane and Ekurhuleni. Was this:
Please select an option Oops! Something went wrong, please try again later.
A brilliant strategic move by the DA not to make formal coalition agreements
24% - 1819 votes
A brilliant strategic move by the EFF to force the DA to negotiate with them
16% - 1228 votes
A recipe for disaster and five more years of unstable local government
60% - 4528 votes
Previous Results
Podcasts
PODCAST | The Story: New era in South African politics dawns - leaving ANC to lick its wounds