Family members and colleagues of three police officers who were killed in an accident in Vereeniging gathered at Vereeniging City Hall on Wednesday to pay tribute to them.

The three officers were conducting crime prevention patrols at around 04:45 on 7 September, when a truck crashed into them, allegedly after failing to stop at a four-way crossing. It dragged the police vehicle they were in for at least 500 metres.

Lieutenant Colonel Anver Hammond, who worked with all three officers, said: "They were very quiet, they were humble, committed, and dedicated to the call."

"They woke up, they went out to serve…they did nothing wrong. They were patrolling, and unfortunately, a truck came from the other side, and they were no more." 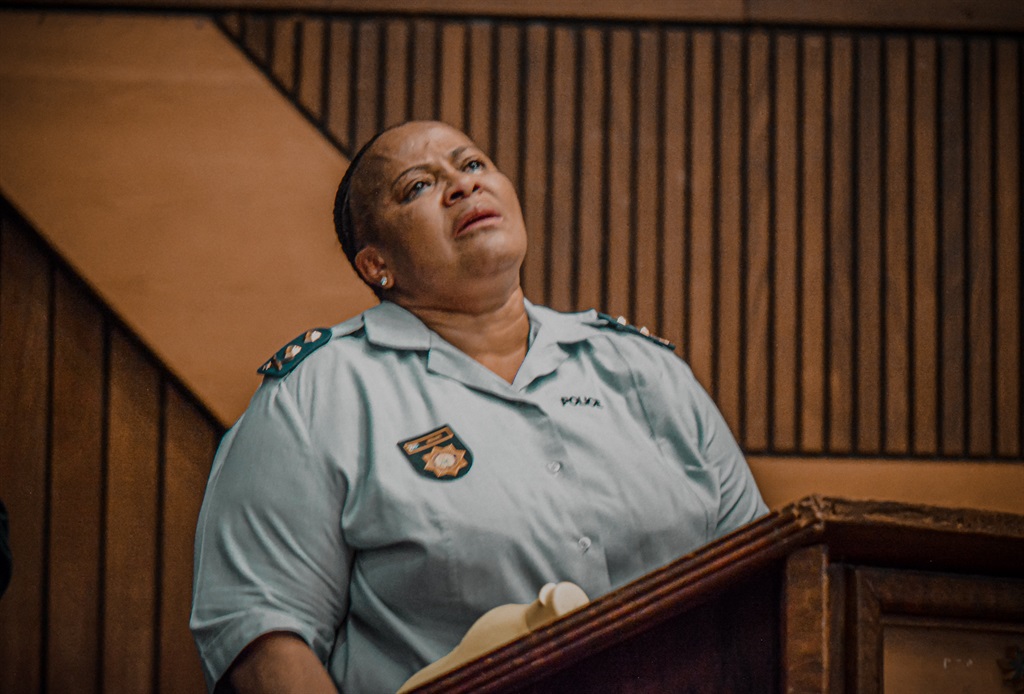 Sedibeng District Commissioner, Major General Zodwa Molefe could not hold back her tears during the memorial service.
News24 Alfonso Nqunjana The bereaved families of three police officers who died in an accident while on duty.
News24 Alfonso Nqunjana

Hammond had worked with Theletsane for more than 25 years.

Warrant Officer Aaron Mfazwe, who died two days before his birthday, leaves behind a two-year-old daughter.

His nephew, Sipho Mfazwe, told News24 that Mfazwe loved his nine nephews and that he used to tell them jokes.

My uncle was a good person and he cared for all his nephews. We are suffering a great loss.

"He lived to serve this nation, and we are going to miss the jokes he used to make." Three candles were placed on the stage representing the three officers who lost their lives.
News24 Alfonso Nqunjana Lerato Theletsane, 29, said that although her father was sick, he was committed to his work and dedicated to caring for his five children.

"He was very sick for a very long time, but he always fought for his kids. When he died, it felt so unreal," she added.

Lerato also told News24 that she had something to discuss with her father but lost the chance to do so.

"The last time I saw him, he was very welcoming, and I wanted to have a conversation with him about something; I was busy working; he just came in to drop a few stuff and prepare to sleep for his night shift," she said. Sedibeng district commissioner, Major General Zodwa Molefe, couldn't hold back her tears as she described the moment that she received the call that delivered the news about the accident.

"I received a call from Mosea, a taxi association member, informing me about the tragic accident that claimed the officers' lives...He told me that all the officers were deceased; that a truck had crushed all of them. I didn't know how many were there, but I knew I had lost members," Molefe said.

"This is a shock, this is a loss. This cannot be replaced…This loss, I cannot take it easy," she added.

We live in a world where facts and fiction get blurred
In times of uncertainty you need journalism you can trust. For 14 free days, you can have access to a world of in-depth analyses, investigative journalism, top opinions and a range of features. Journalism strengthens democracy. Invest in the future today. Thereafter you will be billed R75 per month. You can cancel anytime and if you cancel within 14 days you won't be billed.
Subscribe to News24
Next on News24
WATCH | First eyewitness expected to take the stand in Senzo Meyiwa murder trial