OSLO – A 37-year-old Danish citizen is suspected of killing five people in a bow-and-arrow attack in the Norwegian town of Kongsberg, in a rare incident of mass killing in Norway, police said on Thursday.

Two people, including an off-duty police officer, were wounded in the Wednesday evening attacks, which took place in different locations in the town, 68km southwest of the capital, Oslo.

This very serious situation is of course making a deep impression on Kongsberg and those who live here.

The suspect, who was apprehended, was believed to have been acting alone, police said. They said nothing about a possible motive.

Several of the attacks were committed with a bow and arrow, Aas said late on Wednesday, though police were also investigating whether other weapons were used.

The death toll was the worst of any attack in Norway since 2011, when far-right extremist Anders Behring Breivik killed 77 people, most of them teenagers at a youth camp. 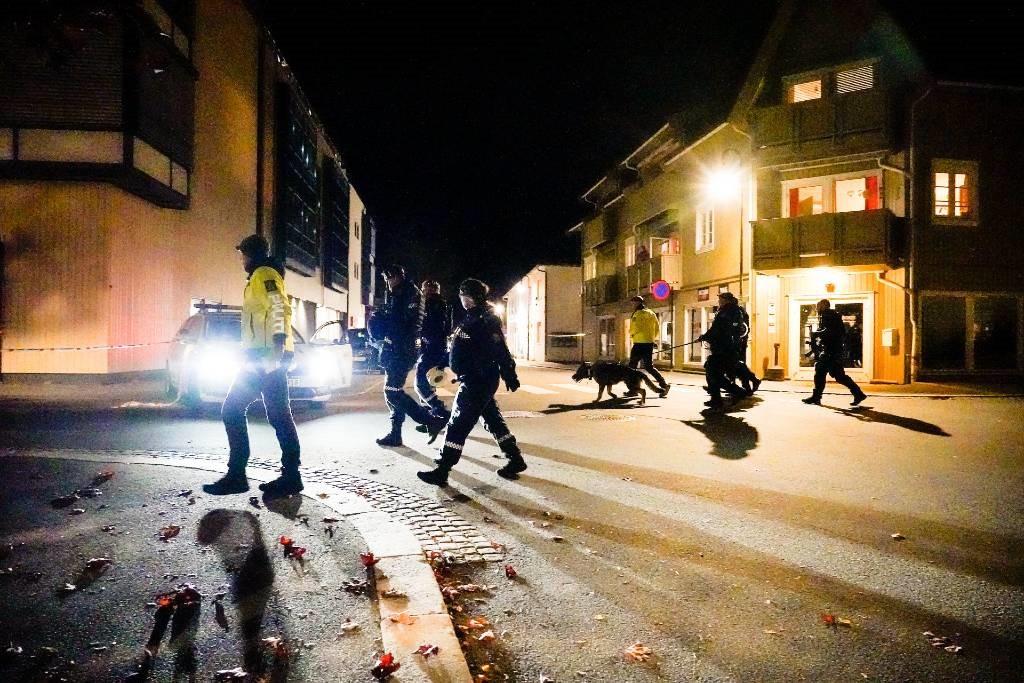 Police officers cordon off the scene they are investigating in Kongsberg, Norway after a man armed with a bow killed several people before he was arrested on 13 October 2021.
AFP PHOTO: Håkon Mosvold Larsen/NTB/AFP

The police said they were giving information on the man's nationality after rumours swirled on social media about people not linked to the attacks.

Norway's incoming prime minister, Jonas Gahr Stoere, who is due to take power on Thursday after winning a general election last month, said he had been kept informed by the outgoing government.

"What we've learned from Kongsberg bears witness of a gruesome and brutal act," Stoere said in a statement to news agency NTB.

The attacks went on for more than half an hour over a "large area" of Kongsberg, including at a Coop Extra grocery store, the Aftenposten newspaper cited police as saying.

A woman living near the store said she had heard alarms as she was walking home.

I saw a group of police officers, including one who held several arrows in his hand.

Investigators are considering whether the attacks amounted to an act of terrorism and said they would give more details of the incident later on Thursday.

Police were interrogating the suspect and he was cooperating, his defence lawyer said.

"He is cooperating and is giving detailed statements regarding this event," lawyer Fredrik Neumann told public broadcaster NRK.

Images from one of the crime scenes showed an arrow that appeared to be stuck in the wall of a wood-panelled building. An arrow left in a wall at the scene where a man armed with a bow killed several people before he was arrested by police in Kongsberg, Norway, on 13 October 2021.
AFP PHOTO: Terje Bendiksby/NTB/AFP

About 28 000 people live in the Kongsberg municipality.

Following the attacks, the police directorate said it had ordered officers nationwide to carry firearms. Norwegian police are normally unarmed, but officers have access to guns when needed.

We live in a world where facts and fiction get blurred
In times of uncertainty you need journalism you can trust. For only R75 per month, you have access to a world of in-depth analyses, investigative journalism, top opinions and a range of features. Journalism strengthens democracy. Invest in the future today.
Subscribe to News24
Next on News24
US Capitol riot probe focuses on luxury hotel 'war room'