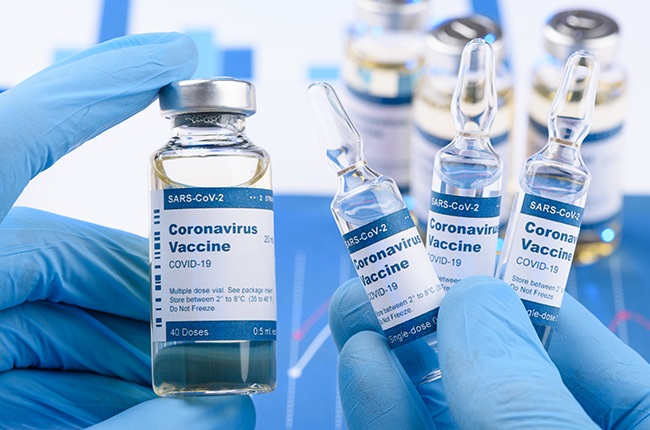 The Covax global programme, which has relied heavily on AstraZeneca vaccines, said on Monday it has struck a deal to buy 500 million doses of Moderna's Covid-19 jabs.

The doses will broaden out the portfolio of vaccines under Covax, which seeks to ensure poor countries have equitable access to vaccines to combat the pandemic.

Moderna are expected to start supplying Covax in the final quarter of 2021, with 34 million doses available before the end of the year, the Covax scheme's co-leader Gavi announced in a statement.

A further 466 million doses of the two-shot vaccine will follow in 2022.

Covax is co-led by the World Health Organisation (WHO), the Gavi vaccine alliance and the Coalition for Epidemic Preparedness Innovations (CEPI).

Expanding and having a diverse portfolio has always been a core goal for Covax, and to remain adaptable in the face of this continually evolving pandemic - including the rising threat posed by new variants.

The deal also contains options for potential access to future versions adapted to variants of the virus.

Under Covax, the cost of vaccines for the 92 poorest participating economies is covered by donors. The scheme aims to distribute enough doses to jab up to 27 percent of the population in those territories by the end of 2021.

Covax vaccines must have authorisation from the WHO.

The UN health agency signed off on the Moderna product on Friday, making the US vaccine the fourth jab to be given WHO's emergency listing after Pfizer-BioNTech, Janssen and AstraZeneca doses made in India and South Korea.

Only AstraZeneca and some Pfizer jabs are currently flowing through the Covax scheme.

"We support Covax's mission to ensure broad, affordable and equitable access to Covid-19 vaccines and we remain committed to doing everything that we can to ending this ongoing pandemic."

"We’re pleased to note that @gavi has signed an agreement with Moderna for 500 million doses of #COVID19 vaccine on behalf of #COVAX"-@DrTedros https://t.co/sw0eLDVjb5

Moderna said last week it expected to produce up to three billion doses in 2022 through new funding commitments to boost supply at manufacturing sites in Europe and the United States.

The Moderna jab is already in use in 46 territories around the world, according to an AFP count.

Covax's main supplier is the Serum Institute of India, which is producing AstraZeneca vaccines. But increased demand for doses in India itself, where the pandemic is raging, has interrupted supplies being flown out for Covax.

The programme has also been elbowed out of the market by rich countries striking their own deals with manufacturers and surging ahead in immunising their citizens.

The facility urgently needs 20 million doses by the end of June to cover the supply shortage and has been pleading with wealthy countries to donate excess doses.

Sweden, which since 25 March is only using the AstraZeneca jab for over-65s, on Monday donated one million paid-for doses of the vaccine.

"Such support will ensure that people in vulnerable countries, especially, in Africa, will be able to receive their second doses," WHO chief Tedros Adhanom Ghebreyesus said in a statement.

Countries including France and New Zealand have made similar donations recently.

At least 1.165 billion Covid-19 vaccine doses have so far been injected worldwide, according to an AFP count.

Just 0.2 percent have been administered in the 29 lowest-income countries, home to nine percent of the global population.

Do you want to know more about this topic? Sign up for one of News24's 33 newsletters to receive the information you want in your inbox. Special newsletters are available to subscribers.
We live in a world where facts and fiction get blurred
In times of uncertainty you need journalism you can trust. For only R75 per month, you have access to a world of in-depth analyses, investigative journalism, top opinions and a range of features. Journalism strengthens democracy. Invest in the future today.
Subscribe to News24
Next on News24
Israel pounds Gaza to curb Palestinian militants but rockets still fly in day 5 of the conflict