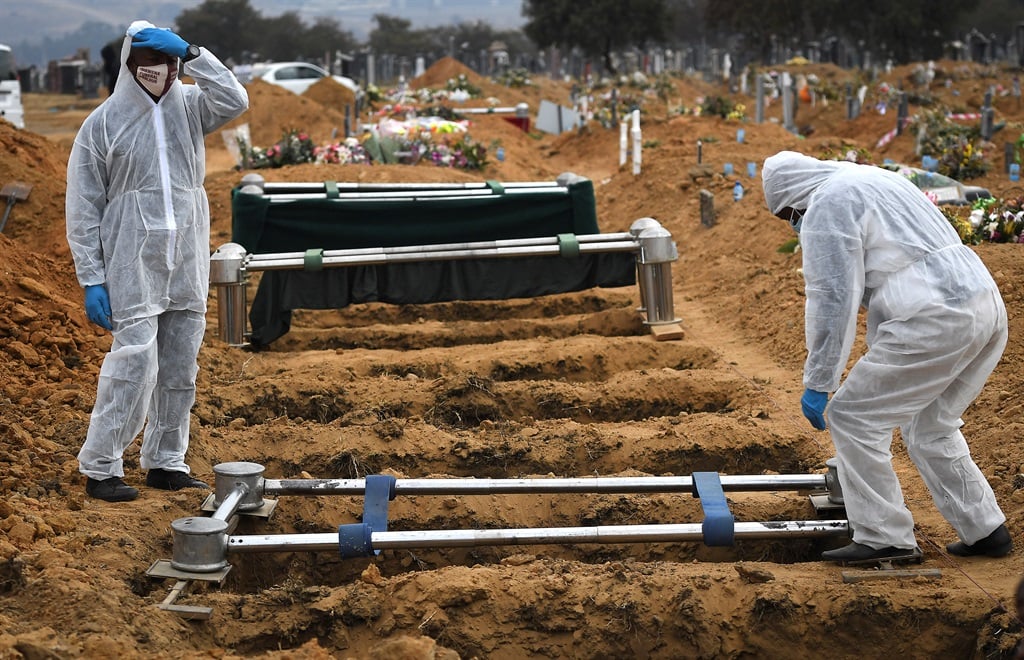 The number of deaths due to Covid-19 dropped by seven percent around the world over the past week, although the rate of new cases remained stable, according to AFP data.

Here is the state of play worldwide:

The number of Covid deaths decreased by seven percent to 62 055 over the past week, an average of 8 865 per day.

The decrease took place mainly in North America, where the number of deaths dropped by a fifth, to 12 282. In Asia, the number of victims decreased by 18 percent to 3 666, while in Africa the figure dropped by 14 percent, for a total of 2 151 deaths. Europe, which mourned the most deaths in the world at 22 795, nevertheless also saw a decrease of four percent in its toll.

The good news was tempered by a nine percent increase in deaths in the Middle East (1 824) and a three percent climb in Latin America and the Caribbean, where there were 19 425 deaths.

With 382 983 new cases recorded every day on average this week, the infection rate is stable compared to the previous week. Last week, it had risen after the number of cases was cut in half between mid-January and mid-February, according to an AFP tally to Thursday.

The number of confirmed cases only reflects a fraction of the actual number of infections, as different countries have varying counting practices and levels of testing.

For the fourth week in a row the biggest drop in new cases took place in Portugal, with 36 percent less, or 815 new cases per day, as a lockdown decreed in mid-January bore fruit.

With an 86 percent increase in its number of new cases (5 433), Hungary is the country in which the pandemic has picked up most speed, among nations that recorded more than 1 000 daily cases over the past week. The country had already seen a 69 percent increase the previous week.

Did you know you can comment on this article? Subscribe to News24 and add your voice to the conversation.
We live in a world where facts and fiction get blurred
In times of uncertainty you need journalism you can trust. For only R75 per month, you have access to a world of in-depth analyses, investigative journalism, top opinions and a range of features. Journalism strengthens democracy. Invest in the future today.
Subscribe to News24
Next on News24
UPDATE | Seven killed after earthquake rocks Indonesia - disaster agency

Every day ke payday for Daily Lotto players
Full list of lottery results
Lockdown For
DAYS
HRS
MINS
Voting Booth
Would you choose to continue working from home after the coronavirus lockdown if given the option?
Please select an option Oops! Something went wrong, please try again later.
Yes, it's much better for me
40% - 6589 votes
No ways! I can't wait to get back to the office
12% - 1934 votes
A mixture of both would suit me best
48% - 7928 votes
Previous Results
Podcasts
PODCAST | MISSING MATTHEW EPISODE 3: Decades of false starts add to a family's despair