Covid-19: Russia to shut workplaces for a week as infections take strain in Eastern Europe 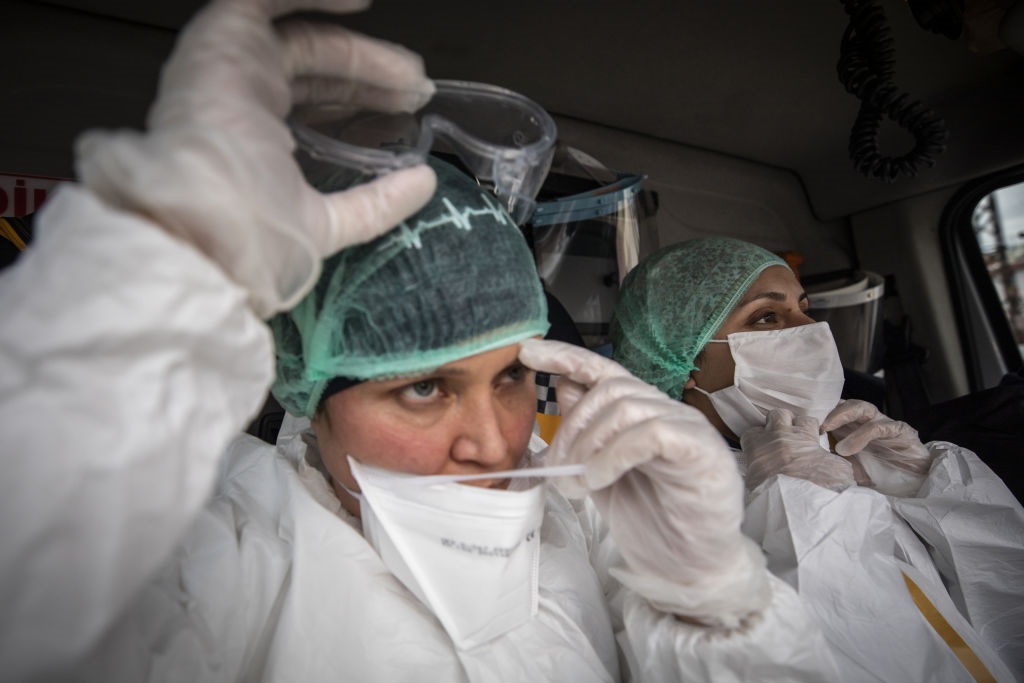 Russia will shut workplaces for a week, Latvia went back into lockdown for a month and Romanian funeral homes are running out of coffins, as vaccine-sceptic countries across ex-communist Eastern Europe face record-setting disease and deaths.

Russia, which boasted of developing one of the earliest Covid-19 vaccines, has been unable to persuade large swathes of the population to take it, and is now facing its highest daily death rates of the pandemic.

President Vladimir Putin announced on Wednesday that the period from 30 October to 7 November would be "non-working days", although salaries would still be paid. Individual regions could extend the shutdown for longer in response to local conditions.

Public hostility to vaccination has hit other Eastern European countries that were within Moscow's orbit during the Cold War. The EU states with the lowest vaccination rates are all part of the former communist eastern bloc, including Bulgaria, Romania, Croatia, Poland, Latvia and Estonia.

Romania, where one person is dying of Covid-19 every five minutes, had the world's highest death rate per capita this week, with Bulgaria close behind. Only 36% of Romanian adults are vaccinated, compared with 74% across the EU as a whole.

"There were families who buried up to four people in two weeks, and that is not easy," funeral home owner Sebastian Cocos told Reuters in the eastern city of Ploiesti, who said he was struggling to obtain enough coffins to keep pace with demand.

"I recommend to everyone that they get vaccinated, otherwise they will end up in our hands."

Andi Nodit, manager at Bucharest's Bagdasar-Arseni clinical emergency hospital, said: "The size and gravity of the situation in the emergency room and the hospital is beyond any words that I can express."

Compared with earlier Covid-19 waves, the fourth wave that has now hit the country was like an iceberg compared to a snowman, he said.

This week Latvia imposed a month-long lockdown, becoming the first EU country to shut down again since the bloc began reopening this year as vaccines became widely available.

Around a third of Latvia's population are Russian speakers. A study by SKDS found that only 46% of them were vaccinated, compared with 62% percent of ethnic Latvians.

Bulgaria, where only a quarter of the population has taken a first dose of vaccine, banned access to indoor public spaces this week for anyone who cannot show proof of vaccination, a negative test or recovery from a recent infection.

Schools in areas with high infection rates will have to shift to online teaching.

"The number of new infections and deaths is rising. That forces us to impose additional measures. All activities indoors should be carried out with a 'green certificate'," interim Health Minister Stoicho Katsarov told reporters.

Poland's health minister said on Wednesday "drastic measures" could be needed to respond to a sudden surge of infections there, although he said no new lockdown was being considered.

"Over the last two days we have seen an explosion of the pandemic," Adam Niedzielski told a news conference. "We have increases from week to week of 85% and over 100%."

Moscow's mayor announced on Tuesday that people over 60 who were not vaccinated would be required to stay home for four months.

The mayor's office was seeking to force shopping centres to connect their security cameras to a centralised facial recognition system that would allow authorities to enforce mask-wearing in public, the Kommersant daily reported.