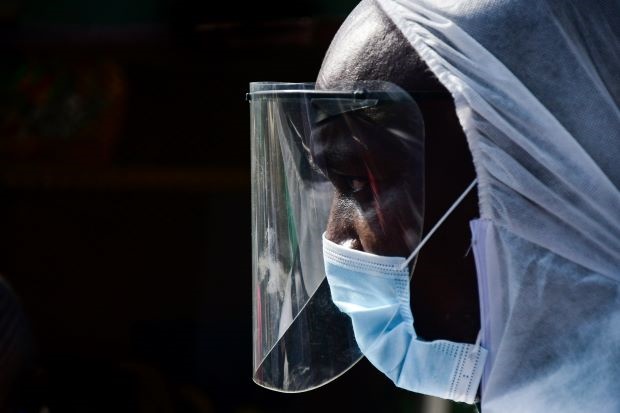 The coronavirus crisis cost the global tourism sector $320 billion in lost revenue during the first five months of 2020, threatening the livelihoods of millions of people, the UN says, AFP reports.

The amount of revenue lost between January and May is "more than three times the loss during the Global Financial Crisis of 2009," the Madrid-based World Tourism Organization said in a statement.

International tourist arrivals fell by 300 million during the period, or 56%, as lockdown restrictions to control the spread of Covid-19 hammered the travel sector, it added.

While tourism is slowly returning in some destinations, the UN body warned the sector faced serious "downside risks" such as a resurgence of the virus that could trigger new lockdowns, travel restrictions and border shutdowns in "most destinations".

The United States and China, both major sources of international tourists, are still "at standstill" it added.

The UN body forecast in May that international tourist arrivals could plunge by 60% to 80% in 2020 owing to the coronavirus.

The last time international tourist arrivals posted an annual decline was in 2009 when the global economic crisis led to a 4% drop.

AFP reports that global air traffic will not return to levels seen before the coronavirus pandemic until at least 2024, the International Air Transport Association said on Tuesday.

Uncertainty about the timing of border reopenings is the main factor, IATA's chief economist Brian Pearce told a news conference.

"We now are expecting 2019 levels not to be reached until 2024 which is a year later that what we had previously expected," he said.

The outlook depends on how countries manage "to control the virus", he said.

Nearly 45 million people in 13 countries in southern Africa are food-insecure as a result of drought and flood and the impact of coronavirus, the region's bloc said Tuesday, AFP reports.

The tally has risen almost 10% over last year, the Southern African Development Community (SADC) said in a report.

"Common climate-induced shocks... economic challenges and poverty have been further exacerbated by the devastating impact of Covid-19 on communities," it said.

"This has been particularly evident in the urban poor, who rely heavily on livelihoods from the informal sector and local markets," it said.

"It is likely that the projected number of the food insecure will rise further."

Some 8.4 million children are likely to suffer from acute malnutrition across the region in 2020, of whom 2.3 million will require life-saving treatment, it said.

Reuters reports that North Korea introduced tougher curbs against the coronavirus on Tuesday, state media reported, after it locked down the town Kaesong, on the border with the South, to tackle what could be its first publicly confirmed infection.

Strict quarantine measures and the screening of districts were in progress and test kits, protective clothing and medical equipment were being supplied, the North's KCNA state news agency said.

Reclusive North Korea had reported testing 1 211 people for the virus as of 16 July with all returning negative results, the World Health Organization said in a statement sent to Reuters. The report said 696 nationals were under quarantine.

All those under quarantine were working at the Nampo seaport and Sinuiju-Dandong land border with China, Dr Edwin Salvador, WHO representative to North Korea, told Reuters by email, noting that the country has been quarantining labourers coming into contact with goods arriving into the country.

Venice to hold first ever film festival of Covid era

Fewer A-list stars will stumble out of parties along the lagoon to be snapped by paparazzi in boats. But organisers of this year's Venice film festival are promising plenty of movies - on actual screens in front of actual audiences - for the first time since the worldwide pandemic shut showbiz.

Reuters reports that more than 50 countries will participate in what aims to be the first major in-person film festival of the Covid era, from Sept. 2-12.

Temperatures will be checked, every second seat in the cinemas will be left empty, and even accredited film critics will have to reserve their seats in advance. The number of films has been reduced.

The main competition lineup for the Golden Lion award for best film will include 18 titles, compared to 21 last year. Just two are U.S. studio productions: Nomadland, a road drama by US-based Chinese director Chloe Zhao starring Frances McDormand, and The World To Come, with Casey Affleck.

They will compete against works by Israel's Amos Gitai and Russia's Andrei Konchalovsky, and four Italian films, including Gianfranco Rosi's Notturno, about the Syrian conflict.

We live in a world where facts and fiction get blurred
In times of uncertainty you need journalism you can trust. For only R75 per month, you have access to a world of in-depth analyses, investigative journalism, top opinions and a range of features. Journalism strengthens democracy. Invest in the future today.
Subscribe to News24
Related Links
Covid-19 wrap: US unveils virus plan, UK PM commits $2.6 billion to improving health during pandemic
Covid-19 wrap: US-backed vaccine trial enters 'late stage', Kenya enforces booze ban
Covid-19 wrap: Latin America leads global infections, Italian region imposes fine for not wearing...
Next on News24
WATCH | Latest news videos from around the world