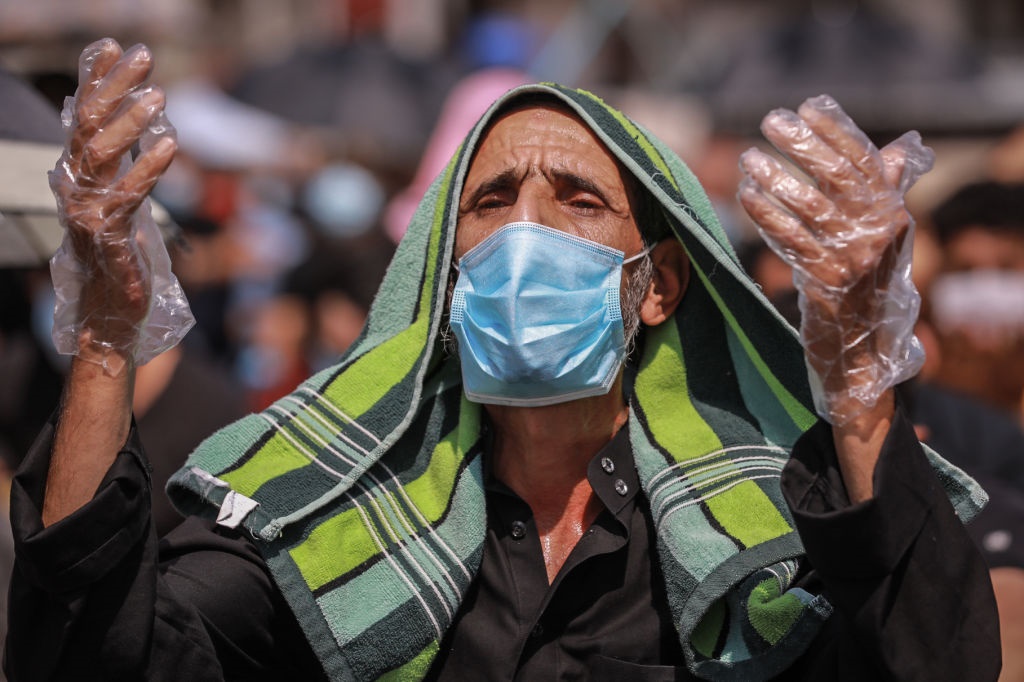 A Muslim wears a protective face mask and gloves as he performs the Friday prayers in Iran.
Ameer Al Mohammedaw/picture alliance via Getty Ima

Britain is planning to host clinical trials where volunteers are deliberately infected with the new coronavirus to test the effectiveness of vaccine candidates, the Financial Times reported on Wednesday, citing people involved in the project.

So-called “challenge trials” are expected to begin in January at a quarantine facility in London, the report said, adding that about 2 000 participants had signed up through a US-based advocacy group, 1Day Sooner.

Britain said it was working with partners on the potential for human challenge trials without commenting on a specific plan.

"We are working with partners to understand how we might collaborate on the potential development of a Covid-19 vaccine through human challenge studies," a government spokesperson said.

The FT reported that the studies will be government-funded, although 1Day Sooner said it would also launch a petition for public funding of a biocontainment facility big enough to quarantine 100 to 200 participants.

Open Orphan, a pharmaceutical services company cited in the FT report, confirmed in a statement early on Thursday that it is in "advanced negotiation with the UK Government and other partners for a coronavirus challenge study in the UK".

Al Jazeera reports that the UK and France logged record daily jumps in coronavirus cases on Thursday, with hospitals in Paris, planning for fewer surgeries in “a race against the clock” amid mounting fears over a possible influx of Covid-19 patients.

Meanwhile, health authorities Spain warned of "tough weeks ahead" for the residents of Madrid as the country’s Covid-19 infections topped 700 000 following a surge in cases in the capital region.

The resurgence of cases in the UK, France and Spain come as Europe braces for a second wave of coronavirus infections, partly due to the relaxing of virus-related curbs during the summer.

In the UK, health authorities recorded 6 632 infections on Thursday – the country’s highest in a single day since the beginning of the pandemic. The figure took the UK’s total to more than 418 000 cases.

In France, the national health agency reported 16 096 cases, up from 13 072 the day before, as Health Minister Oliver Veran announced tougher restrictions for cities including Paris, Lille and Rennes. They include closing bars and restaurants early and limiting public gatherings to 10 people.

In Spain, the extended region around Madrid, comprising a population of 6.6 million, was struggling to control outbreaks that have hit harder in high-density working-class areas.

Health authorities on Thursday reported 10 600 new infections on Thursday, a figure in line with the country’s average for the past week, bringing its total tally to 704 209. There were also 84 new confirmed fatalities, raising the overall death toll to 31 118.

Reuters reports that Swedish football star Zlatan Ibrahimovic has tested positive for Covid-19, becoming the highest-profile Serie A player to contract Covid-19 since play in Italy resumed in June following a three-month hiatus because of the pandemic.

The 38-year-old AC Milan striker was placed in quarantine at home following the test carried out ahead of the team’s Europa League tie against Norwegian side Bodo/Glimt on Thursday, the Italian club said.

The announcement came a day after his Brazilian team-mate Leo Duarte also returned a positive test.

The quarantine, which lasts 14 days, will sideline the striker for the Europa League qualifier against visiting Bodo/Glimt and upcoming Serie A games against league newcomers Crotone and Spezias.

Ibrahimovic, who turns 39 next month, has scored 14 goals in 22 matches since returning for a second stint at Milan in January, helping revive his team.

He began the new Serie A season in style on Monday by scoring twice in the 2-0 win over Bologna.

Reuters reports that generic drugmaker Endo said on Friday it was manufacturing Novavax Inc's experimental Covid-19 vaccine, sending its shares up 10% before the trading bell.

The news comes a day after Novavax launched a late-stage trial of the vaccine candidate, NVX-CoV2373, in the United Kingdom.

Endo said it has signed a deal with Novavax and its unit Par Sterile has begun production of the final drug product, with initial batches to be used in Novavax's phase-3 clinical trial in the United States.

Financials and other terms of the non-exclusive agreement were not disclosed.

Reuters reports that Protesters in Marseille on Friday demanded President Emmanuel Macron's government reverse an order to shut down bars and restaurants in France's second-biggest city, the epicentre of a second wave of coronavirus infections.

Local politicians said the move was disproportionate to the risk and would devastate the local economy.

Some proprietors said they would defy the order, amid signs of mounting public frustration across France at the reimposition of restrictions on public life as daily Covid infections hit record highs.

The government order came this week after it placed Marseille and its surrounds on the Mediterranean on the maximum alert level for the spread of the virus.

The pandemic has killed more than 31 500 people and infected nearly half a million, the second-highest in Western Europe behind Spain.

Health Minister Olivier Veran visited an intensive care ward in the city, where doctors told him the next three weeks would be critical. Public hospital ICU units in the city are near full, doctors have said.

We live in a world where facts and fiction get blurred
In times of uncertainty you need journalism you can trust. For only R75 per month, you have access to a world of in-depth analyses, investigative journalism, top opinions and a range of features. Journalism strengthens democracy. Invest in the future today.
Subscribe to News24
Related Links
Covid-19 wrap: Spanish gov wants partial Madrid lockdown, Russia's new cases hit highest since 23...
Covid-19 wrap | Global death toll at 978 000, while Israel toughens second lockdown as cases surge
Covid-19 wrap: Major vaccine trial moves into next phase, Trump takes aim at China again
Next on News24
WATCH | Latest news videos from around the world