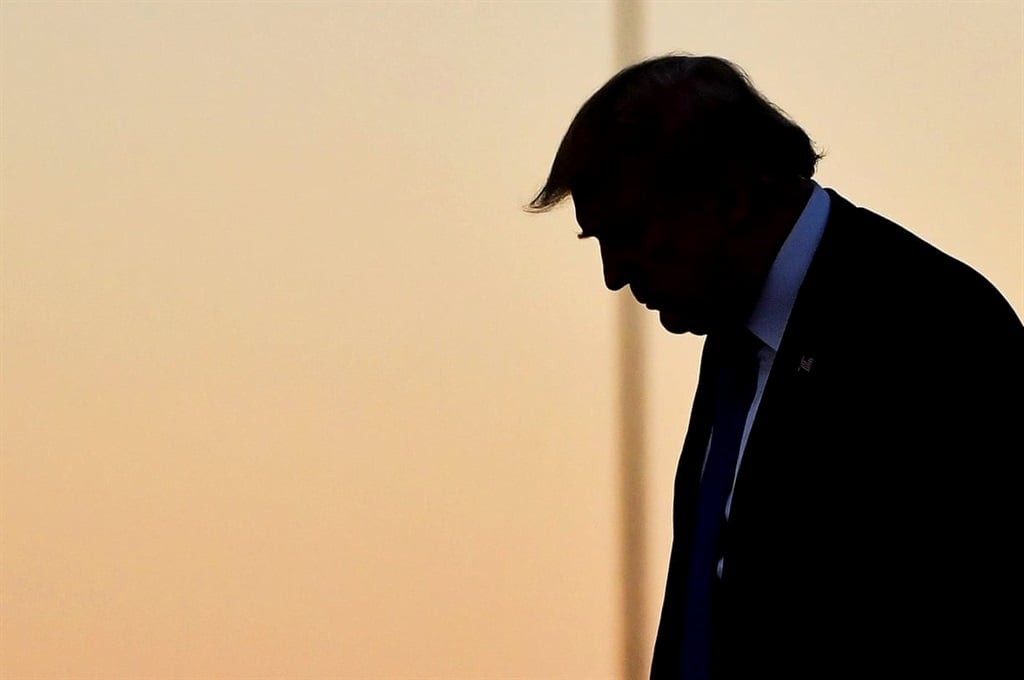 Facebook on Wednesday took down a post by US President Donald Trump, which the company said violated its rules against sharing misinformation about the coronavirus.

The post contained a video clip, from an interview with Fox & Friends earlier in the day, in which Trump claimed that children are "almost immune" to Covid-19.

This video includes false claims that a group of people is immune from Covid-19, which is a violation of our policies around harmful Covid misinformation.

A tweet containing the video that was posted by the Trump campaign's @TeamTrump account and shared by the president was also later hidden by Twitter for breaking its Covid-19 misinformation rules.

YouTube, through a spokesperson, said it had also pulled down the video for violating its Covid-19 misinformation policies. However, the original interview remains available on the Fox News page on the platform. YouTube did not immediately respond to requests to clarify which videos were taken down.

The Trump campaign accused the companies of bias against the president, saying Trump had stated a fact. "Social media companies are not the arbiters of truth," said Courtney Parella, a spokesperson with the campaign.

The Centers for Disease Control and Prevention (CDC) said that while adults make up most of the known Covid-19 cases to date, some children and infants have been sick with the disease and they can also transmit it to others.

An analysis by the World Health Organisation (WHO) of 6 million infections between 24 February and 12 July found that the share of children aged 5-14 years was about 4.6%.

The White House did not immediately respond to a request for comment. During a briefing at the White House, Trump repeated his claim that the virus had little impact on children.

"Children handle it very well," he told reporters. "If you look at the numbers, in terms of mortality, fatalities ... for children under a certain age ... their immune systems are very, very strong and very powerful. They seem to be able to handle it very well and that's according to every statistical claim."

It was the first time Facebook had removed a Trump post for coronavirus misinformation, the company's spokesperson said.

It also appeared to be the first reported instance of the social media company taking down a post from the president for breaching its misinformation rules.

Twitter has taken down a post retweeted by Trump pointing to a misleading viral video about the coronavirus, but left up clips of the president suggesting scientists should investigate using light or disinfectant on patients.

Twitter said those remarks expressed a wish for treatment, rather than a literal call for action.

It also left up a March post from Tesla's outspoken CEO Elon Musk stating that "kids are essentially immune" from the virus.

Facebook has taken heat from lawmakers and its own employees in recent months for not taking action on inflammatory posts by Trump.

The company has previously removed ads from Trump's election campaign for breaking misinformation rules, in that case around a national census.

It also took down both Trump posts and campaign ads that showed a red inverted triangle, a symbol the Nazis used to identify political prisoners, for violating its policy against organised hate.

We live in a world where facts and fiction get blurred
In times of uncertainty you need journalism you can trust. For 14 free days, you can have access to a world of in-depth analyses, investigative journalism, top opinions and a range of features. Journalism strengthens democracy. Invest in the future today. Thereafter you will be billed R75 per month. You can cancel anytime and if you cancel within 14 days you won't be billed.
Subscribe to News24
Related Links
Twitter removes Trump's Covid-19 'misinformation' video
WATCH | Facebook pulls Trump ads which used Nazi symbol
Mark Zuckerberg backs Facebook hands-off policy on Trump posts despite anger, dissent - reports
Next on News24
DEVELOPING | Ukraine says 13 000 alleged Russian war crimes being probed