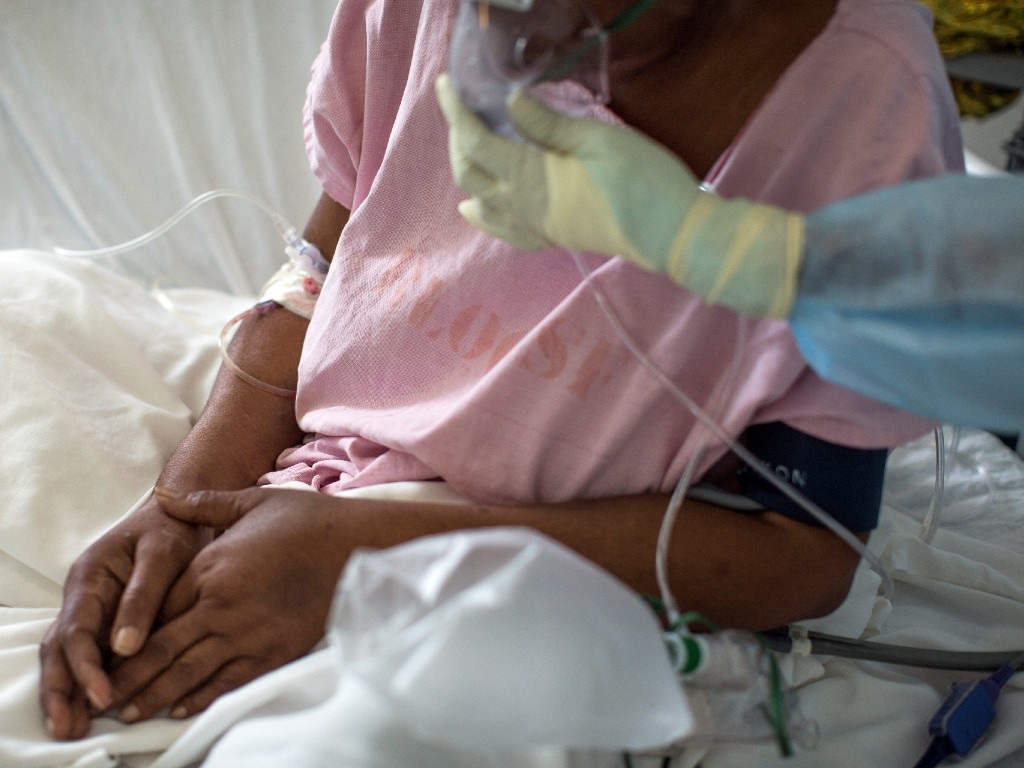 In this file photo a nurse assists a Covid-19 patient at the Doctors Without Borders Drouillard Hospital in Cite Soleil, Haiti, on June 3, 2020. (Pierre Michel Jean / AFP)

For more than a year, Haiti escaped the worst ravages of the Covid-19 pandemic, reporting few cases and fatalities - a rare break for the poorest country in the Americas, which has so often been beset by misfortune.

Covid-19 treatment centers closed for lack of patients, Haitians resumed life as normal, and the government hesitated to even accept its allotment of free AstraZeneca vaccines through the UN-backed Covax mechanism due to safety and logistical concerns.

Now, though, as some countries are already moving into a post-pandemic phase thanks to vaccination campaigns, Haiti is grappling with its first serious outbreak.

And it is one of only a handful of countries worldwide that has yet to administer a single shot of coronavirus vaccine.

Last month, infections and fatalities rose more than fivefold following the arrival of new variants, in what the Pan American Health Organization (PAHO) called a "cautionary tale in just how quickly things can change with this virus."

Officially, Haiti had recorded 15 895 infections and 333 deaths from Covid-19 as of 5 June among its 11 million people - relatively low case numbers compared to elsewhere in Latin America and the Caribbean.

Yet data is limited due to low testing rates and doctors say the real numbers are likely much higher. Every day comes news of deaths from Covid-19 of well-known figures, like a former senator or the head of the pension agency.

And the upwards trend could prove "catastrophic," according to Laure Adrien, General Director of Haiti's Health Ministry.

Its slums are densely packed, and its already overwhelmed and shambolic healthcare system is dependent on fickle donations. 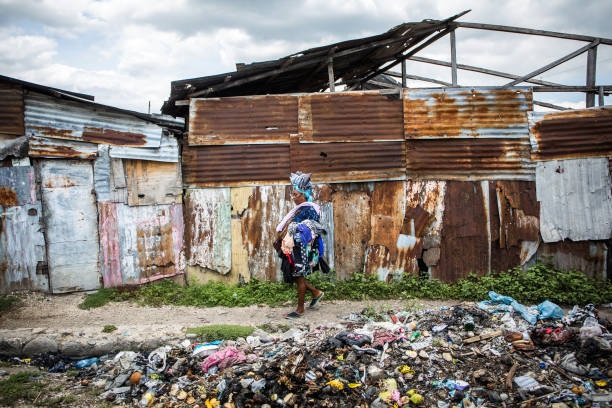 Jean 'Bill' Pape, a top Haitian infectious disease expert, said the country was now not as prepared as it had been.

"We need to reopen new centers to increase the number of dedicated Covid beds," said Pape.

The new wave also comes amid surging gang violence that is hampering the provision of what little healthcare is available.

The St. Luke hospital warned on Monday it may have to close its Covid-19 unit altogether as violence was making it hard to stock up on oxygen at the production site in the Cite Soleil slum.

Already in February Doctors Without Borders (MSF) shut all but the emergency department at the hospital in Cite Soleil where it last year treated Covid-19 patients.

Wealthier Haitians are paying to be medevaced to Florida or the Dominican Republic. Port-au-Prince, Haiti. The slum Cite Soleil is known to be the battleground between gangs who settle scores and against UN troops who have on numerous occasions tried to pacify the area. A gang member connected with the LP Street gang is showing off his pistol; inside a hidden car repair park used also for contraband and other illegal dealings. (Photo by Alpeyrie/ullstein bild via Getty Images)
Getty Images

Haitian doctors largely credited their country's apparent resilience to the coronavirus last year to its relatively young population. Around half of Haitians are under 25 years old.

Many locals dismissed the virus as not a big deal or even doubted its existence. Its importance faded amid a growing humanitarian crisis in the wake of political unrest and extreme weather associated with climate change.

So when reports emerged last month of the arrival of the new variants first identified in Britain and Brazil and an uptick in cases, reaction was initially subdued.

Yet many Haitians continued life as usual, with authorities unwilling or unable to enforce measures. One mayor of a Port-au-Prince district last week staged a music concert attended by thousands not wearing masks.

Pressure is building, though.

PAHO Director Carissa Etienne said last week there was "no time to waste" as additional health capacity and preventive measures to curb transmission would be "decisive".

Businesses are starting to require Haitians to only enter wearing masks and new Covid-19 treatment centers are opening.

"We have to open new structures to take more patients with respiratory difficulties to avoid a catastrophe," said Ronald Laroche, a doctor who runs a network of low-cost health centers and hospitals, and opened a Covid-19 center this week.

On Monday, the electoral council postponed a referendum on a new constitution that had been scheduled for the end of June.

And next week, Haiti should receive its first batch - 130 000 doses - of Covid-19 vaccines through the World Health Organization's Coax vaccination scheme.

Doctors say the challenge now will be convincing Haitians to actually have the vaccine.

Ronald Jean, 38, a restaurant manager in Port-au-Prince, said he was for the first time afraid of the virus.

But "first the authorities should take the vaccine on television, we'll see how they do," he said.

"And then I will decide whether or not to take it."

We live in a world where facts and fiction get blurred
In times of uncertainty you need journalism you can trust. For only R75 per month, you have access to a world of in-depth analyses, investigative journalism, top opinions and a range of features. Journalism strengthens democracy. Invest in the future today.
Subscribe to News24
Next on News24
Brazil health minister Marcelo Queiroga tests positive for Covid-19 while in New York on UN trip