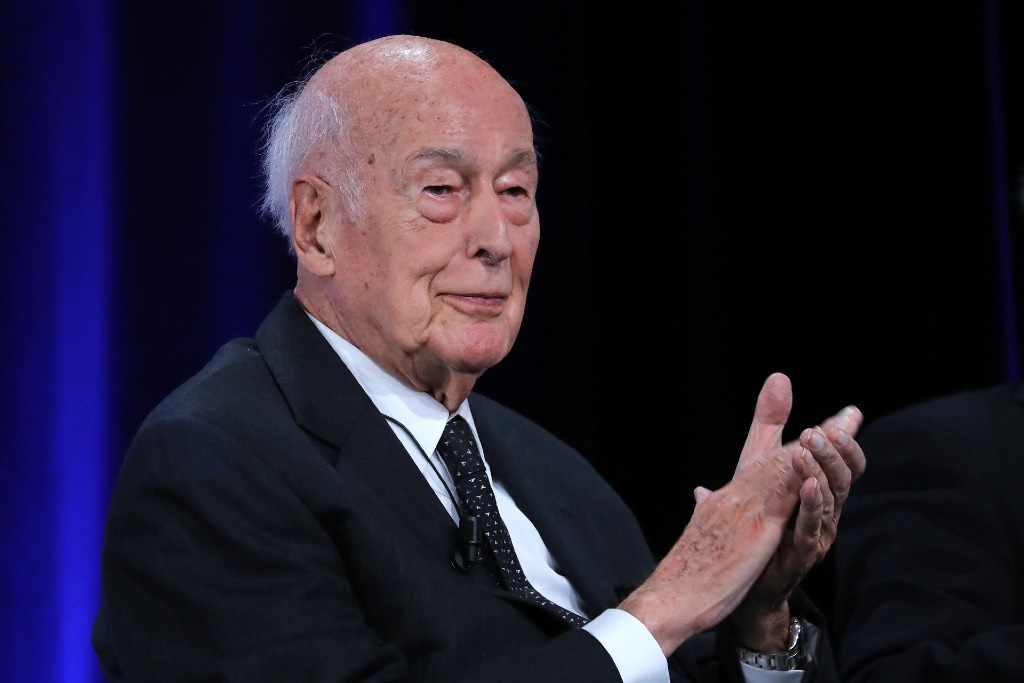 PARIS – Former France president Valery Giscard d'Estaing, who championed European integration and helped modernise French society in the 1970s, has died at the age of 94 after contracting Covid-19.

Giscard's foundation said he passed away in his family home, in the Loir-et-Cher region of central France. He had been admitted to hospital in September with respiratory complications, and was hospitalised again in mid-November.

His funeral will be an intimate family affair, the Valery Giscard d'Estaing Foundation said on Twitter.

Giscard was elected president in 1974 at the age of 48, to become France's youngest post-war leader.

At home, Giscard presided over a modernisation of French society, legalising abortion, allowing divorce by mutual consent and lowering the voting age to 18 from 21.

He sought to liberalise France's economy, was the father of France's high-speed TGV network, and projected the image of a young, modern president who was closer to the people than his predecessors.

Lawmakers held a minute's silence in the National Assembly as tributes flowed in. Former president Nicolas Sarkozy said Giscard had "worked his whole life to reinforce relations between European nations".

Giscard forged a close relationship with former West German chancellor Helmut Schmidt and together they laid the foundations for the euro single currency, setting up the European Monetary System.

He was also an ardent Anglophile, and took office a year after Britain joined the European Economic Community.

"Complete love-hate relationship with our country," Britain's former Europe minister in the early 2000s, Denis McShane, said in a statement on Twitter, calling him a "big politician" who changed Europe.

Months before the Brexit referendum in 2016, he urged Britons to stay in the European Union.

Michel Barnier, a Frenchman and lead EU negotiator in talks over Europe's future relationship with Britain, said: "For Valery Giscard d'Estaing, Europe needed to be a French ambition and France a modern nation. Respect."

Giscard served one term as president, losing his re-election bid to Socialist Francois Mitterrand in the aftermath of the global economic downturn of the 1970s.

We live in a world where facts and fiction get blurred
In times of uncertainty you need journalism you can trust. For only R75 per month, you have access to a world of in-depth analyses, investigative journalism, top opinions and a range of features. Journalism strengthens democracy. Invest in the future today.
Subscribe to News24
Related Links
World leaders pay final tribute to France's Chirac
WATCH | France ex-president Sarkozy goes on trial for corruption
Battling two crises, France's Macron faces defining moment
Next on News24
Pakistan court grants bail to youngest ever Christian man convicted of blasphemy

3 scoop the Daily Lotto jackpot
Full list of lottery results
Lockdown For
DAYS
HRS
MINS
Voting Booth
When a Covid-19 vaccine for under 16's becomes available, will you be taking your children to get it?
Please select an option Oops! Something went wrong, please try again later.
Yes, immediately!
38% - 3133 votes
I'll wait to see how others respond
26% - 2160 votes
No, I don't think they need it
36% - 3013 votes
Previous Results
Podcasts
PODCAST | MISSING MATTHEW EPISODE 3: Decades of false starts add to a family's despair