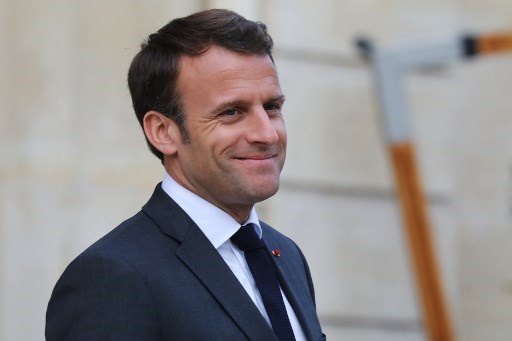 French magistrates have charged former defence minister Sylvie Goulard over a fake jobs scandal which wrecked her chances of being named an EU commissioner after being handpicked by President Emmanuel Macron, a judicial source said on Monday.

Goulard was indicted for embezzlement of public funds in the employment of European Parliament assistants after a hearing in Paris on Friday, the source, who asked not to be named, told AFP.

Several figures from Goulard's small centrist MoDem party, which allied itself with Macron's party, have already been indicted or are being investigated in the scandal.

They include former justice minister Michel Mercier and the financial director for MoDem, Alexandre Nardella. The party's president, Francois Bayrou, has been summoned to appear before magistrates on Friday.

Magistrates are investigating whether they received European Parliament funds for assistants who were in fact carrying out other tasks for the centrist party.

Goulard, an MEP from 2009 to 2017 who now serves as a deputy governor of the French central bank, has already agreed to pay back $50 000 to the parliament.

This corresponds to eight months of salary of one of her assistants, for whom she had provided no proof of work.

The opening of the investigation in 2017 prompted the resignation of Bayrou as justice minister, Marielle de Sarnez as Europe minister and Goulard as defence minister after just one month in the job.

But Macron still went ahead and supported her as France's pick for the new EU commission, and expressed anger when European Parliament lawmakers voted overwhelmingly against her in October.

Bayrou was a key backer of Macron's one-year-old Republic on the Move (REM) movement during the presidential campaign, and his support was crucial in winning centrist votes for the new president.

Several French politicians have become embroiled in fake jobs scandals, notably former prime minister Francois Fillon, who will go on trial on February 24 on accusations of creating a fictitious job for his wife.

MoDem is not the only French party accused of the fraudulent use of EU funds. Marine Le Pen's far-right National Rally and the far-left France Unbowed have also been accused of tapping into EU funds for parliamentary assistants to pay for party work at home.

Le Pen and her father, Jean-Marie, both longtime former MEPs, have both been charged with misuse of public funds in connection with salaries paid to dozens of parliamentary aides.

We live in a world where facts and fiction get blurred
In times of uncertainty you need journalism you can trust. For only R75 per month, you have access to a world of in-depth analyses, investigative journalism, top opinions and a range of features. Journalism strengthens democracy. Invest in the future today.
Subscribe to News24
Related Links
'Save public hospitals', French health workers urge Macron
Merkel rejects Macron's 'sweeping' Nato judgement
Macron moves to extend IVF to lesbians, single women
Next on News24
Covid-19: WHO team in Wuhan probing virus origins