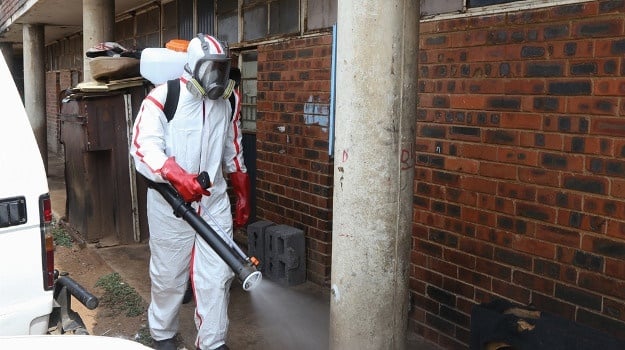 Business shutdowns caused by the coronavirus pandemic caused another surge of US workers applying for unemployment benefits, and now first-time claims for jobless benefits hit 6.6 million in the week ending, AFP reports.

Meanwhile, AFP also reports that the US Federal Reserve on Thursday announced another series of financing facilities to provide $2.3 trillion to support the US economy amid the coronavirus pandemic.

The programs aim to help businesses, households and state and local governments facing a cash crunch as large parts of the economy have been shut down.

"The Fed's role is to provide as much relief and stability as we can during this period of constrained economic activity, and our actions today will help ensure that the eventual recovery is as vigorous as possible," Federal Reserve Chair Jerome Powell said.

The measures include changes and increases to existing programs, as well as new facilities.

To "ensure credit flows to small and mid-sized businesses," the Fed opened a new Main Street Lending Program, to purchase up to $600 billion in loans owed by those firms, with the support of funding from the massive $2 trillion that Congress approved late last month.

Increase in child-abuse in France

France reported on Thursday a spike in the number of calls to its child-abuse hotline in the weeks since the nationwide coronavirus lockdown came into effect, underscoring fears that confinement could put more children at risk of domestic violence, AFP reports.

The hotline - "Allo Enfance en Danger" - has seen a 20% increase in calls since the stay-at-home orders came into effect on 17 March, Adrien Taquet, the secretary of state charged with child protection said.

The number of calls deemed urgent by the hotline's operators and requiring an immediate police response has surged 60% over the past four weeks, Taquet said.

He did not specify the numbers of calls but operators dealt with.

100 Italian doctors have died from Covid-19

AFP reports that 100 Italian doctors have died of the novel coronavirus since the pandemic reached the Mediterranean country in February, Italy's FNOMCeO health association said on Thursday.

"The number of doctors who have died because of COVID-19 is 100 - perhaps even 101 at the moment, unfortunately," a FNOMCeO spokesman said.

Bear goes for a stroll in empty Greece streets

A bear and her three cubs took advantage of the coronavirus lockdown in Greece by strolling along the normally busy shore of Lake Kastoria in the country's northwest, AFP reports.

The animals were spotted by the authorities at the tourist hotspot on Wednesday evening, a Greek news agency reported.

The walkway is normally very popular with the inhabitants of Kastoria, a city of some 47 000 people located in a valley surrounded by mountains home to the brown bear, a protected species.

But for humans, access to the lakeshore has been restricted during the day and banned at night since the end of March, when the 20:00-08:00 curfew was imposed due to the Covid-19 pandemic.

We live in a world where facts and fiction get blurred
In times of uncertainty you need journalism you can trust. For 14 free days, you can have access to a world of in-depth analyses, investigative journalism, top opinions and a range of features. Journalism strengthens democracy. Invest in the future today. Thereafter you will be billed R75 per month. You can cancel anytime and if you cancel within 14 days you won't be billed.
Subscribe to News24
Related Links
Covid-19: Taiwan demands apology from WHO chief for 'slander'
Mother of quadruplets dies after contracting Covid-19 at a wedding in Pakistan
Coronavirus wrap | Madagascar to test plant 'remedy' for coronavirus, daily deaths drop in Spain,...
Next on News24
Oath Keepers leader told supporters Trump 'will need us and our rifles' before Capitol attack