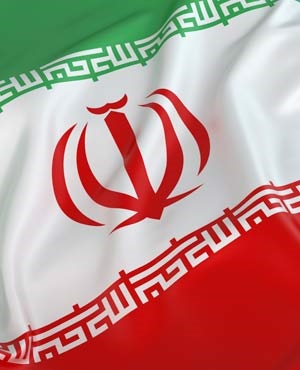 Tehran - Iran denounced new US sanctions on its missile programme on Monday, but pushed ahead with international cooperation after its historic nuclear deal.

Washington announced the new sanctions on Sunday, the day after the UN atomic watchdog confirmed that Iran had complied with the measures imposed by the deal with global powers reached in Vienna in July.

World leaders hailed the implementation of the deal, and the subsequent lifting of European and US sanctions, as a milestone in international diplomacy.

But in a sign that tensions persist, the US Treasury announced it was imposing sanctions on five Iranian nationals and a network of companies based in the United Arab Emirates and China in connection with Iran's ballistic missile programme.

Iran's foreign ministry on Monday decried the new measures as "illegitimate", with spokesperson Hossein Jaber Ansari insisting the missile programme has no links with the nuclear issue.

"Iran's missile programme has never been designed to be capable of carrying nuclear weapons," Ansari was quoted as saying by the ISNA news agency.

He said Iran would respond by "accelerating its legal ballistic missile programme and boosting defence capabilities".

Defence Minister Hossein Dehghan said the new sanctions would have "no effect", telling the Fars news agency: "We will prove it in practice by unveiling new missile achievements."

Co-operation on the nuclear programme was moving forward, however, with International Atomic Energy Agency chief Yukiya Amano in Tehran for talks with senior officials on Iran's continued compliance with the deal.

Amano met Ali Akbar Salehi, the head of Iran's Atomic Energy Organisation, and was to hold talks with President Hassan Rouhani to discuss monitoring and verifying Iran's commitments under the agreement.

"We talked about future cooperation, especially in the new atmosphere, and we partially drew the roadmap" for continued efforts, state television quoted Salehi as saying after the talks.

Rouhani on Sunday said the implementation of the nuclear deal - negotiated with the United States, Britain, China, France, Russia and Germany - had "opened a new chapter" in Iran's relations with the world.

US President Barack Obama praised the deal as a breakthrough in diplomacy, but noted that "profound differences" with Tehran remained over its "destabilising activities".

Rezaian, Christian pastor Saeed Abedini and former US Marine Amir Hekmati arrived at a US military base in Germany late on Sunday on their way home from Iran.

Under the exchange, Washington said it had granted clemency to seven Iranians, six of whom were dual US-Iranian citizens, and dropped charges against 14 others.

Rouhani, a moderate whose 2013 election victory helped launch the huge diplomatic effort toward the deal, has promised that the lifting of sanctions will give a major boost to Iran's economy.

Iran will now be able to significantly increase its oil exports, long the lifeblood of its economy.

Concerns that fresh Iranian exports will worsen a supply glut have helped push oil prices to 12-year lows, and they plunged below $28 a barrel early on Monday.

The Vienna agreement was nailed down after two years of negotiations following Rouhani's election.

It drew a line under a stand-off dating back to 2002 marked by failed diplomatic initiatives, ever-tighter sanctions, defiant nuclear expansion by Iran and threats of military action.

The steps taken so far by Tehran extend to at least a year - from a few months previously - how long Iran would need to make one nuclear bomb's worth of fissile material.

They include slashing by two-thirds its uranium centrifuges, reducing its stockpile of uranium - enough before the deal for several bombs - and removing the core of its Arak reactor, which could have given Iran weapons-grade plutonium.

We live in a world where facts and fiction get blurred
In times of uncertainty you need journalism you can trust. For only R75 per month, you have access to a world of in-depth analyses, investigative journalism, top opinions and a range of features. Journalism strengthens democracy. Invest in the future today.
Subscribe to News24
Related Links
Nuclear watchdog chief in Iran for talks after deal
Obama hails Iran 'smart' diplomacy
US imposes new sanctions on Iran
Next on News24
More than 150 National Guard in Washington for inauguration test positive for coronavirus

3 scoop the Daily Lotto jackpot
Full list of lottery results
Lockdown For
DAYS
HRS
MINS
Voting Booth
How has the delay in schools' opening impacted your life?
Please select an option Oops! Something went wrong, please try again later.
It's a disaster! We're struggling to manage work and kids at home
39% - 621 votes
It's a struggle, but we learnt lessons from last year's closures
20% - 314 votes
It's a relief, this second wave is bad and kids need to be at home
41% - 647 votes
Previous Results
Podcasts
PODCAST | MISSING MATTHEW EPISODE 3: Decades of false starts add to a family's despair