"This morning, the sentences of four main members of the gang of mobsters related to the Zionist intelligence service were executed," the judiciary's Mizan Online website reported.

Iran carried out the sentences four days after the Islamic republic's supreme court upheld the penalty of capital punishment for "their intelligence cooperation with the Zionist regime (Israel) and kidnapping", the Mizan Online said.

There was no recourse to appeal after Wednesday's decision, it added.

Three other defendants were sentenced to between five and 10 years in prison for crimes against the country's security, complicity in kidnapping and possession of weapons, the judiciary's website said after the Wednesday ruling.

Iran and Israel have been engaged in a years-long shadow war.

The Islamic republic accuses Israel of carrying out sabotage attacks against its nuclear sites and assassinations, including of scientists.

On 22 May, the Islamic Revolutionary Guard Corps said it had arrested members of "a network acting under the direction of the Israeli intelligence service".

"These people committed theft, destruction of personal and public property, kidnapping and extortion of false confessions," a Guards statement said at the time.

The executions come at a time of heightened tensions in Iran after more than two months of protests sparked by the death in custody of Mahsa Amini.

The 22-year-old Iranian of Kurdish origin died on 16 September after morality police in Tehran arrested her for an alleged breach of the Islamic republic's dress code for women.

More than 300 people have been killed in the unrest, including dozens of security force members, an Iranian general said on Monday.

Thousands have been arrested, among them around 40 foreigners.

Iran accuses the United States and its allies, including Britain, Israel, and Kurdish groups based outside the country, of fomenting the street violence which the government calls "riots". 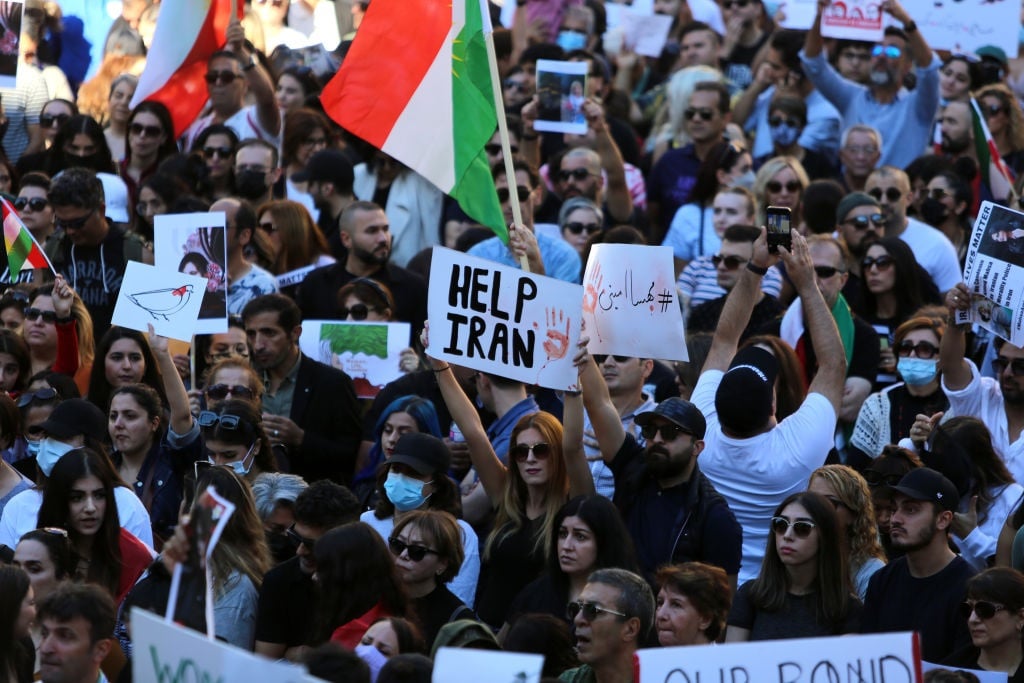 Iran's judiciary has already confirmed six death sentences over the protests, and rights group Amnesty International says that, based on official reports, at least 21 people currently on trial are charged with crimes that could see them hanged.

Iran currently executes more people annually than any nation other than China, according to rights groups.