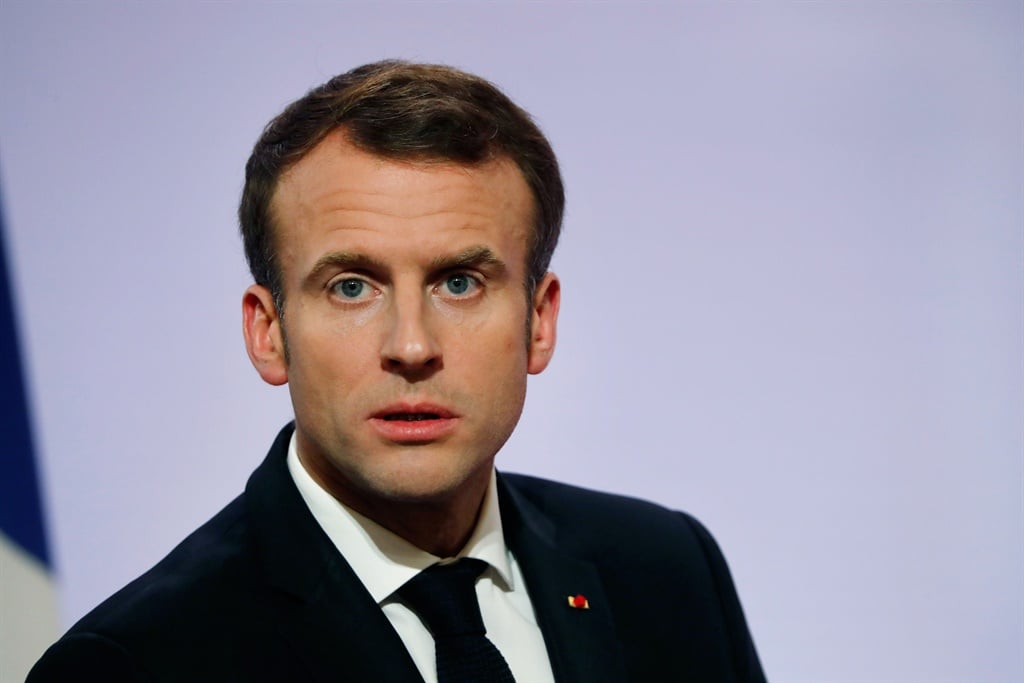 President Emmanuel Macron has vowed on Sunday that France would not seek to erase elements of its history or take down statues of controversial public figures, despite growing global scrutiny of former colonial powers in the wake of worldwide protests.

In an address to the nation, Macron said France would be "uncompromising" in its fight against racism after days of demonstrations over alleged prejudice among police forces.

Angry crowds have toppled statues of colonial figures in Britain and the United States, and there has been an intensified scrutiny of the records of key leaders of the colonial era in Europe.

But Macron said the country would not obscure elements of its history or dismantle statues of public figures who may have advocated racist views or policies.

"The Republic will not wipe away any trace or any name from its history. It will not forget any of its works. It will not take down any of its statues but lucidly look at out history and our memory together," he said.

He said this was especially important in Africa, where French colonial rule in several countries left a legacy that remains a subject of anger for many to this day.

Together, France and Africa need to find a "present and a future that is possible on both sides of the Mediterranean", he said.

In a sign of the sensitivities in France, former prime minister Jean-Marc Ayrault had Saturday urged a new designation for a hall in parliament named after the 17th-century statesman Jean-Baptiste Colbert. It was Colbert who drew up the "Code Noir" that defined the conditions for slavery.

Several demonstrations against racism and police violence against minorities have erupted in French cities in recent weeks, given impetus by the death in police custody of George Floyd in the US.

Protesters have rallied in particular around the case of a young black man, Adama Traore, who died in custody in 2016, a case that remains under investigation.

Twenty-one people have been placed under arrest over their actions in a demonstration in Paris on Saturday that ended in clashes with police, prosecutors said.

Macron acknowledged that France had to fight against the fact that "the name, the address, the colour of the skin" can affect a person's chances in their lives.

"We will be uncompromising against racism, anti-Semitism and discrimination. New decisions for equality will be taken," he said.

"It is necessary to unite around Republican patriotism. We are a nation where everyone - whatever their origin and religion - can find their place," he said.

"Is this true everywhere and for everyone? No," he admitted.

Human Rights Watch said on Sunday that France should halt identity checks by the police that are "abusive and discriminatory" towards black and Arab males.

But Macron defended France's under-fire police force, saying they "deserve public support and the recognition of the nation for their work".

"Without Republican order there cannot be security or freedom," he said.

He warned that the fight against racism became distorted when it became exploited by what he described as "separatists".

Police have themselves protested against what they perceive as a lack of backing from the government and in particular Interior Minister Christophe Castaner.

We live in a world where facts and fiction get blurred
In times of uncertainty you need journalism you can trust. For only R75 per month, you have access to a world of in-depth analyses, investigative journalism, top opinions and a range of features. Journalism strengthens democracy. Invest in the future today.
Subscribe to News24
Related Links
PM says France 'not racist' as Floyd tribute held in Paris
UK PM Boris Johnson defends history in statue row
Britain takes new look at colonial history as statues fall
Next on News24
Covid-19: South Africa variant found in 31 countries, says WHO