Palestine president warns US against 'recognition of Jerusalem' 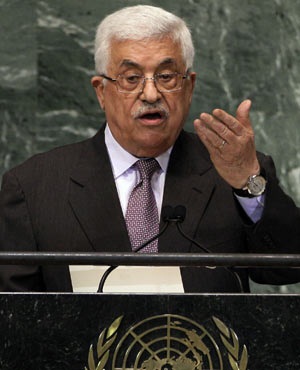 President Mahmoud Abbas' comments came amid a diplomatic push by the Palestinian leader to rally international support against the possible American move later this week.

"Any American step related to the recognition of Jerusalem as capital of Israel, or moving the US Embassy to Jerusalem, represents a threat to the future of the peace process and is unacceptable for the Palestinians, Arabs and internationally," Abbas told a group of visiting Arab lawmakers from Israel, according to the official Wafa news agency.

American officials have said President Donald Trump may recognise Jerusalem as Israel's capital this week as a way to offset his likely decision to delay his campaign promise of moving the US Embassy there.

Israel regards Jerusalem as its capital, with most government functions, including the prime minister's office, Supreme Court and parliament, located in the holy city.

But the international community says the city's status should be determined through peace talks. The Palestinians claim east Jerusalem, captured by Israel in 1967, as their capital.

Abbas' spokesperson, Nabil Abu Rdeneh, said late on Saturday that the president has been in touch with Arab and world leaders to rally opposition against any American move on Jerusalem.

He said Abbas had been in contact with leaders of Egypt, Jordan, Saudi Arabia, Qatar, Kuwait and France.

"We believe that such an American step, if it takes place, will enter the region in a new course, and a dangerous phase whose results cannot be controlled," he said.

The White House, led by Trump's adviser and son-in-law, Jared Kushner, has held months of meetings with leaders across the region ahead of an expected peace initiative. While the proposal is expected to be regional in scope, little is known about the details, including whether Trump will continue the policies of recent predecessors in supporting the notion of an independent Palestinian state.

Kushner said on Sunday that Trump has not yet decided whether to recognise Jerusalem as Israel's capital or whether to proceed immediately in moving the US Embassy from Tel Aviv to the holy city.

"He is still looking at a lot of different facts," Kushner said at the Saban Forum, an annual Mideast policy conference in Washington.

Ahead of Kushner's comments, the chief Palestinian negotiator, Saeb Erekat, urged the US not to move forward with any change on Jerusalem's status.

Doing so, he said, "is not only going to promote international anarchy and disrespect for global institutions and law, but it will also be disqualifying itself to play any role in any initiative toward achieving a just and lasting peace."