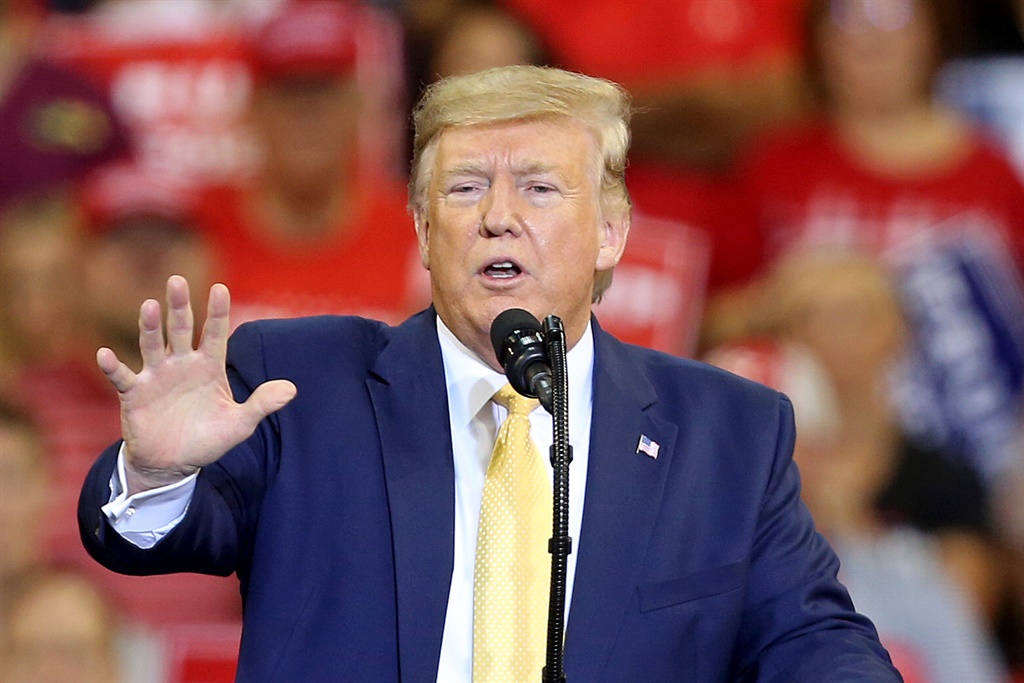 The United States' defence secretary has contradicted President Donald Trump by saying the country's military had no plans to bomb Iranian cultural sites amid threats of retaliation from Tehran over the US assassination of its top military commander, Qassem Soleimani.

Speaking to reporters on Monday, Mark Esper said the US military will "follow the laws of armed conflict".

When pressed if that ruled out targeting cultural sites, Esper said pointedly: "That's the laws of armed conflict".

In comments that sparked an international outcry, Trump first raised the prospect of targeting cultural sites in a tweet on Saturday and reiterated that view to reporters the next day.

"We have targeted 52 Iranian sites (representing the 52 American hostages taken by Iran many years ago), some at a very high level & important to Iran & Iranian culture, and those targets, and Iran itself, WILL BE HIT VERY FAST AND VERY HARD," he tweeted.

His Twitter message caught administration officials off-guard and prompted an immediate condemnation from legal scholars, national security experts and Democratic politicians. But the president stood by his threat on Sunday.

"And we're not allowed to touch their cultural sites? It doesn't work that way."

The split between the president and his Pentagon chief came amid heightened tensions with Tehran following the US drone strike on Friday that killed Soleimani, the head of Iran's elite Quds Force, near the airport in Iraq's capital, Baghdad.

Iran has pledged "severe revenge" for the killing while other pro-Iran leaders in the region, including the head of Lebanon's Hezbollah movement Hassan Nasrallah, have also promised retaliation.

Washington argues it killed Soleimani in self-defence, aiming to disrupt his plans to attack US personnel and interests.

Targeting cultural sites with military action is considered a war crime under international law, including a UN Security Council resolution supported by the Trump administration in 2017 and the 1954 Hague Convention for the Protection of Cultural Property.

On Monday, the United Nations' cultural agency reminded the US and Iran that they had signed treaties committing not to harm cultural heritage in the event of armed conflict.

At a meeting with the Iranian ambassador to the Paris-based organisation, UNESCO Director-General Audrey Azoulay said provisions of the 1954 and 1972 conventions, ratified by both the US and Iran, should be observed.

They include the ancient ruins of Persepolis, the grand mosque of Isfahan, and the Golestan Palace in Tehran, where the last shah to rule Iran was crowned in 1967.

Outside the Pentagon, Trump's threats were met with condemnation in the US.

"It shows that he is somewhat deranged about this," said Senator Tim Kaine. "The pledge to attack cultural sites, likely, is a violation of international law.”

The threats also drew reaction from the Metropolitan Museum of Art in New York.

"The targeting of sites of global cultural heritage is abhorrent to the collective values of our society," museum leaders said in a statement.

"At this challenging time, we must remind ourselves of the global importance of protecting cultural sites – the objects and places by which individuals, communities, and nations connect to their history and heritage.

"There are international conventions in place that prevent the destruction of cultural heritage," James Slack, Johnson’s official spokesman, told reporters during a briefing on Monday.

We live in a world where facts and fiction get blurred
In times of uncertainty you need journalism you can trust. For only R75 per month, you have access to a world of in-depth analyses, investigative journalism, top opinions and a range of features. Journalism strengthens democracy. Invest in the future today.
Subscribe to News24
Related Links
Soleimani killing: Iran's Zarif vows response to US 'act of war'
UPDATE | Stampede at Soleimani's funeral leaves scores dead in Iran
Letter on US pullout from Iraq a 'mistake'
Next on News24
WATCH | Latest news videos from around the world