At least 32 people died after a ferry capsized and sank Monday in the Bangladeshi capital Dhaka following a collision, said rescuers, who found one man alive in a "miracle" hours later.

A dozen people were initially listed as missing.

The Morning Bird was hit from behind by another ferry around 9:30 local time (03:30 GMT) during the morning rush hour, when the country's largest river port is packed with vessels.

"We have recovered 32 bodies... We located the ferry more than 15 meters deep in the river," A. Zahidul Islam, a diver in the fire brigade, told AFP.

"I think we have recovered most of the bodies. The rest can only be recovered if the ferry can be salvaged and lifted... it looked like it was stuck in mud at the bottom of the river."

?? A ferry capsized on a river in Bangladesh, leaving at least 28 people dead, according to officials.

More than 12 hours after the sinking one passenger was found alive.

Rescuers were trying to raise the vessel when they saw the 35-year-old man, Suman Bapary, floating in the river, fire brigade spokesman Kamrul Islam told AFP.

Coastguard spokesman commander Hayet Ibne Siddique said earlier that at least 50 people were believed to have been on board the vessel, which has a capacity of 150 passengers. Members of coast guard join the rescue operation as a launch named Morning Bird sank near the Farashganj ghat of Buringanga in Dhaka.
Getty Images 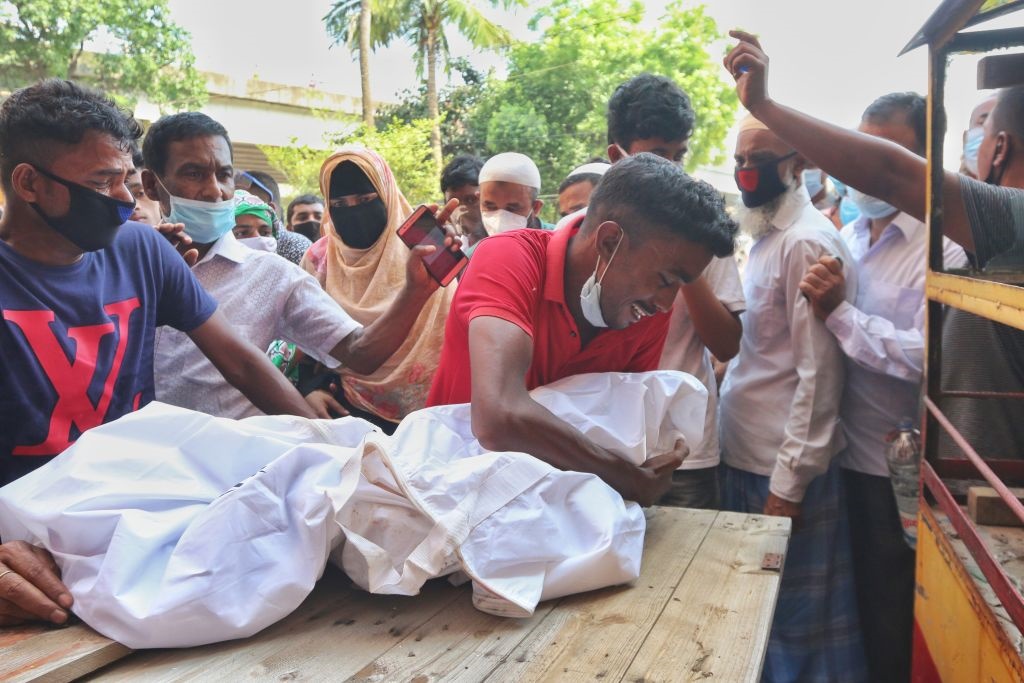 Relatives of the deceased carrying a body of a victim as a launch named Morning Bird sank on Buringanga river in Dhaka.
Getty Images The ferry had departed from central Munshiganj district. It sank as it was about to moor at Sadarghat, Dhaka's main river port used by hundreds of boats to travel to the country's south.

He said the vessel had been cleared to carry passengers until September.

Witnesses told local television stations many passengers appeared to be stuck in the ferry's cabins.

The deceased were put in body bags before they were laid in rows at the harbour front. Another boat would later arrive to lift the damaged vessel from the water, Siddique said.

Boat accidents are common in Bangladesh, which is criss-crossed by more than 230 rivers.

The South Asian nation is heavily reliant on ferries for transport but has had a poor safety record. Here are your Lotto and Lotto Plus results
Full list of lottery results
Lockdown For
DAYS
HRS
MINS
Voting Booth
South Africa has over 150 000 Covid-19 cases. Do you know someone who has been infected?
Please select an option Oops! Something went wrong, please try again later.
Yes I do
26% - 1997 votes
Yes, more than one person
24% - 1871 votes
No I don't
50% - 3816 votes
Previous Results
Podcasts
PODCAST | THE STORY: Delays remain the name of the game for Zuma’s corruption case