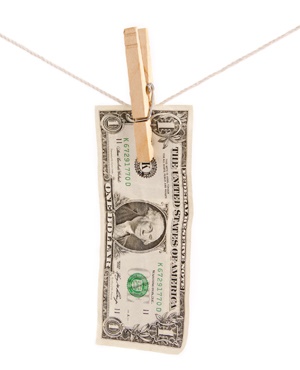 Dubai – A new report by an anti-corruption watchdog shows that on average, 30% of people in nine countries surveyed in the Middle East have had to pay a bribe to access some kind of public service.

The poll by Transparency International , released on Tuesday, also found that courts have the worst bribery record among six services it asked about.

The watchdog interviewed 11 000 people in nine Mideast countries and found bribery is especially huge in Yemen, with 77% of respondents in the impoverished country saying they have had to pay a bribe to access public services.

That figure was about 50% in Egypt, Sudan and Morocco. The poll, carried out in direct interviews at various times in 2014 and 2015, gave a 3% margin of error.

We live in a world where facts and fiction get blurred
In times of uncertainty you need journalism you can trust. For only R75 per month, you have access to a world of in-depth analyses, investigative journalism, top opinions and a range of features. Journalism strengthens democracy. Invest in the future today.
Subscribe to News24
Next on News24
AstraZeneca shot is good if safety issues can be overcome - Fauci

1 person bags the Daily Lotto jackpot
Full list of lottery results
Lockdown For
DAYS
HRS
MINS
Voting Booth
Would you choose to continue working from home after the coronavirus lockdown if given the option?
Please select an option Oops! Something went wrong, please try again later.
Yes, it's much better for me
40% - 7139 votes
No ways! I can't wait to get back to the office
12% - 2097 votes
A mixture of both would suit me best
48% - 8594 votes
Previous Results
Podcasts
PODCAST | MISSING MATTHEW EPISODE 3: Decades of false starts add to a family's despair