Tedros Adhanom Ghebreyesus set to stay on as WHO chief 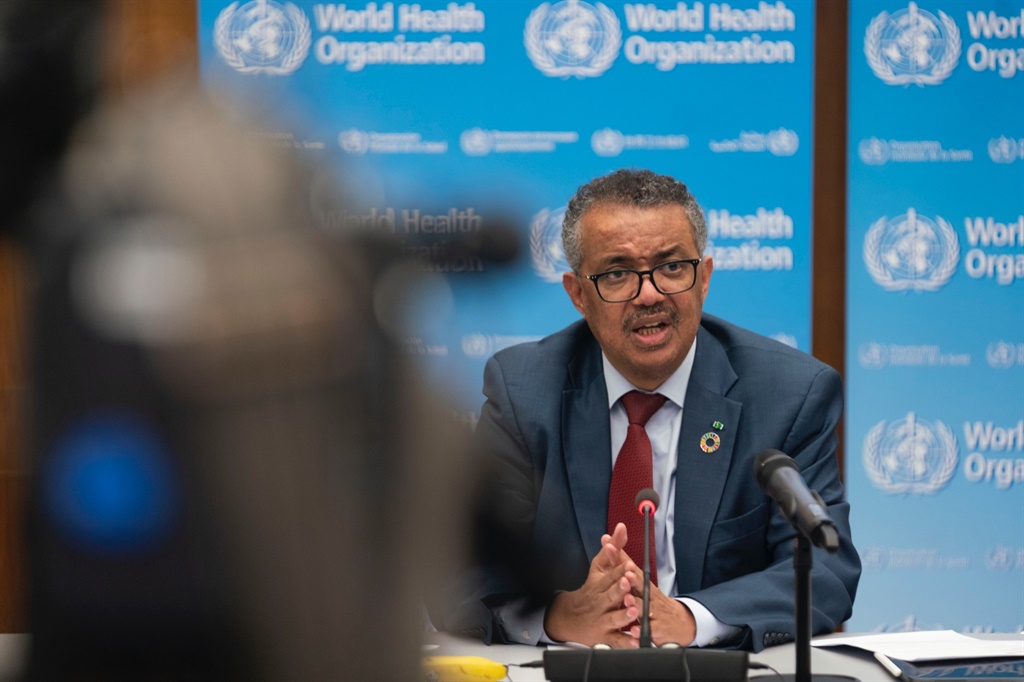 Tedros Adhanom Ghebreyesus, one of the most prominent figures during the Covid-19 pandemic, is the sole candidate to lead the World Health Organisation once his current term expires, the WHO announced Friday.

In his application letter, the Ethiopian former health and foreign minister said Covid-19 had "ravaged the world" and in a second term, he wanted to make sure the planet was "truly ready" to deal with another such crisis.

Elected to the WHO leadership in 2017, his five-year mandate runs out in August.

"A single candidate was proposed by member states by the 23 September, 2021 deadline: Dr Tedros Adhanom Ghebreyesus," the WHO said in a statement.

Tedros was nominated by 28 countries, the UN health agency said.

Germany and Spain's nominations said strengthening the WHO in the wake of the pandemic "must continue with full and undivided commitment", saying the organisation needed "strong, pragmatic and visionary leadership".

Indonesia said the world was still overcoming the pandemic "and needs a continued leadership within the WHO".

Kenya, Oman and Rwanda said it was their deep belief that Tedros "is ideally placed to continue in the role".

Tedros, 56, graduated with a biology degree in his homeland before completing a masters in immunology of infectious diseases and a doctorate in community health in Britain.

He worked as a field-level malariologist in Ethiopia before leading a regional health bureau and then joining the government, working his way up the ministerial ranks.

In 2017, Tedros became the first African candidate to head the powerful UN agency. His general bonhomie stands in marked contrast to the frostiness of his predecessor Margaret Chan.

He has been the public face of the WHO since the Covid-19 crisis began, and is relatively popular due to his role in steering the organisation's efforts to coordinate the pandemic response.

Tedros continually rages against inequity in the global vaccine rollout and urges countries to "do it all" to bring the pandemic under control.

His leadership was blasted by former US president Donald Trump, who began pulling the United States out of the WHO, accusing it of being Beijing's puppet and covering up the outbreak of the virus.

Trump's successor Joe Biden halted the withdrawal, while Tedros has also irked China by demanding greater transparency over the pandemic outbreak and putting renewed focus on the possibility that it may have leaked from a Wuhan laboratory.

He has also faced criticism after a devastating report on allegations of rape and sexual assault by workers sent to fight Ebola in the DR Congo between 2018 and 2020 found that 21 WHO employees had committed such abuses.

In his application letter, Tedros said the "demands lying ahead have made me more determined than ever".

He said that under his leadership, a transformed and more prominent WHO "has withstood the greatest test of a century to steer the world through an unprecedented health crisis".

Our job is not yet done. Covid-19 has ravaged the world and left much to be rebuilt. It has also shone a spotlight on WHO's many needs.

Tedros wants to reinforce global public health defences "to ensure the world is truly ready to prevent, prepare for and respond to another crisis of the nature of Covid-19 or worse".

Member states will formally vote for the next WHO chief in a secret ballot in May during the 75th World Health Assembly, the organisation's main annual meeting of member states.