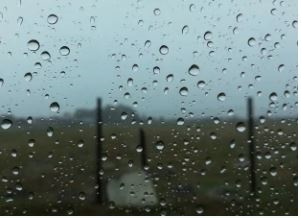 At least 15 people have been killed in torrential rain that hit the Brazilian states of Sao Paulo and Rio de Janeiro which triggered flash floods and destroying houses, authorities said on Tuesday.

Violent storms in recent days have dumped a month's worth of rain on some areas in a matter of hours, devastating poor neighborhoods on the southern coast of Sao Paulo state and on the outskirts of Rio de Janeiro, the country's second-biggest city.

At least 10 people were killed early Tuesday and one person is missing in Sao Paulo after floods and landslides hit the coastal cities of Santos, Sao Vicente and Guaruja, authorities said.

One of the dead was a firefighter who was working on a rescue operation when he was killed by a landslide.

"I express my solidarity with those who are suffering from these heavy rains," Sao Paulo Governor Joao Doria tweeted.

Several highways were blocked by fallen trees and landslides, including some linking Santos, the largest port in South America, to Sao Paulo, Brazil's largest city and economic capital.

In Rio de Janeiro, authorities said the death toll had risen to at least five after three days of violent rain that swept away houses and cars and left some communities covered in water or mud.

The victims were electrocuted, buried in landslides or drowned, emergency officials said.

The disaster turned political in Rio when the city's Mayor Marcelo Crivella, a far-right evangelical Christian bishop, blamed residents for the flooding.

During a visit to an affected community, he told journalists: "The people can't be throwing trash on hillsides, in storm drains and in the street."

Mid-press conference, someone pelted him in the face with a ball of mud, captured in a video that went viral online.

"The water knocked my granddaughter and me off the sofa. Dirty water came flooding into my kitchen, bathroom, bedrooms, everything. I lost everything," Ivone Cardoso, 65, a resident of the Realengo neighborhood, told AFP as she swept mud and water out of her house.

Brazil is having an especially intense rainy season this summer.

In January, more than 50 people were killed in Minas Gerais state, which neighbors Sao Paulo, in several days of violent rain.

We live in a world where facts and fiction get blurred
In times of uncertainty you need journalism you can trust. For 14 free days, you can have access to a world of in-depth analyses, investigative journalism, top opinions and a range of features. Journalism strengthens democracy. Invest in the future today. Thereafter you will be billed R75 per month. You can cancel anytime and if you cancel within 14 days you won't be billed.
Subscribe to News24
Related Links
WATCH: 1 woman killed after floods wash away cars on KZN's north coast
PICS | Storm Ciara sows trail of destruction across Europe
Joburg flooding claims at least 3 lives, including 8-year-old
Next on News24
DEVELOPING | Ukraine says 13 000 alleged Russian war crimes being probed

Here are the Daily Lotto numbers
Full list of lottery results
Voting Booth
Have you and your family been counted in Census 2022?
Please select an option Oops! Something went wrong, please try again later.
Yes
47% - 3574 votes
No
53% - 3996 votes
Previous Results
Podcasts
PODCAST | The Story: How one incident at Stellenbosch University sheds light on deeper issues