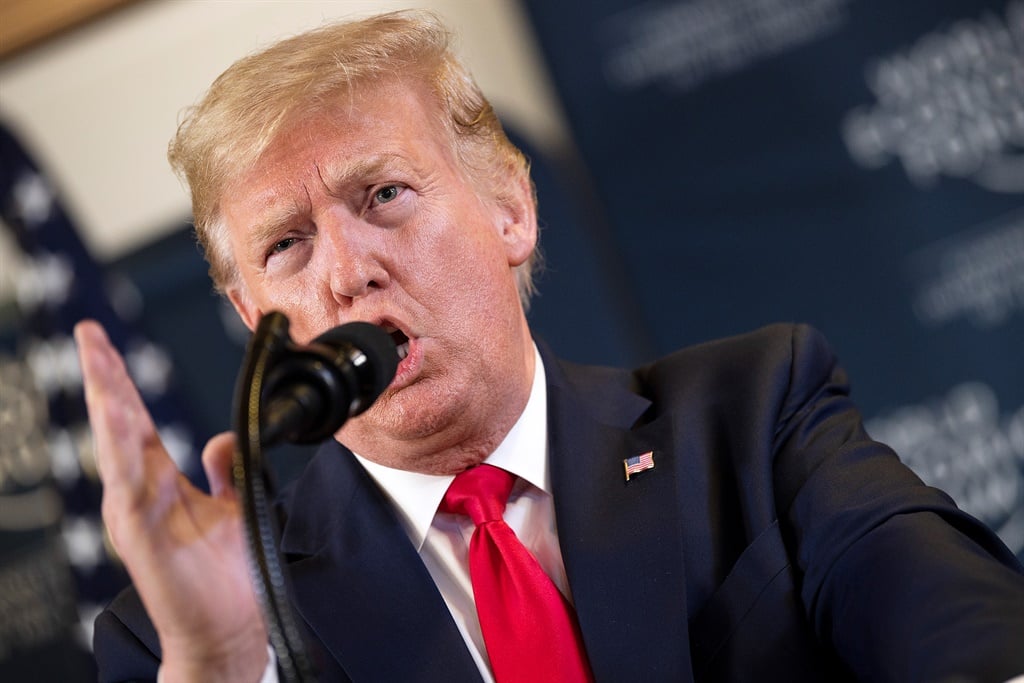 US President Donald Trump speaks during a press conference at the World Economic Forum in Davos, Switzerland. (AFP)

US President Donald Trump announced a national state of emergency on Friday, freeing up $50 billion in federal funds for the battle against the fast-spreading coronavirus pandemic.

"To unleash the full power of the federal government, I'm officially declaring a national emergency," Trump said in a statement on the White House lawn.

He called on all US states to set up emergency operation centres and said the government was accelerating testing, amid criticism about the lack of sufficient test kits nationwide.

We live in a world where facts and fiction get blurred
In times of uncertainty you need journalism you can trust. For only R75 per month, you have access to a world of in-depth analyses, investigative journalism, top opinions and a range of features. Journalism strengthens democracy. Invest in the future today.
Subscribe to News24
Related Links
White House contenders slam Trump handling of coronavirus crisis
No need for Trump virus test: White House
Trump leaves US 'confused and scared' after speech to quell coronavirus fears
Next on News24
Navalny accuses Google, Apple of becoming Putin's 'accomplices'

3 bag the jackpot in the Daily Lotto
Full list of lottery results
Lockdown For
DAYS
HRS
MINS
Voting Booth
Have you ever purchased a fake luxury/designer item?
Please select an option Oops! Something went wrong, please try again later.
Yes, I believed it was authentic
7% - 143 votes
Yes, I didn't want to spend that much money on the original item
21% - 427 votes
No, I always shop at reputable stores
15% - 304 votes
No, I don't wear designer clothing
58% - 1189 votes
Previous Results
Podcasts
PODCAST | My Only Story: The boys' school, the water polo teacher and the creepy WhatsApp messages