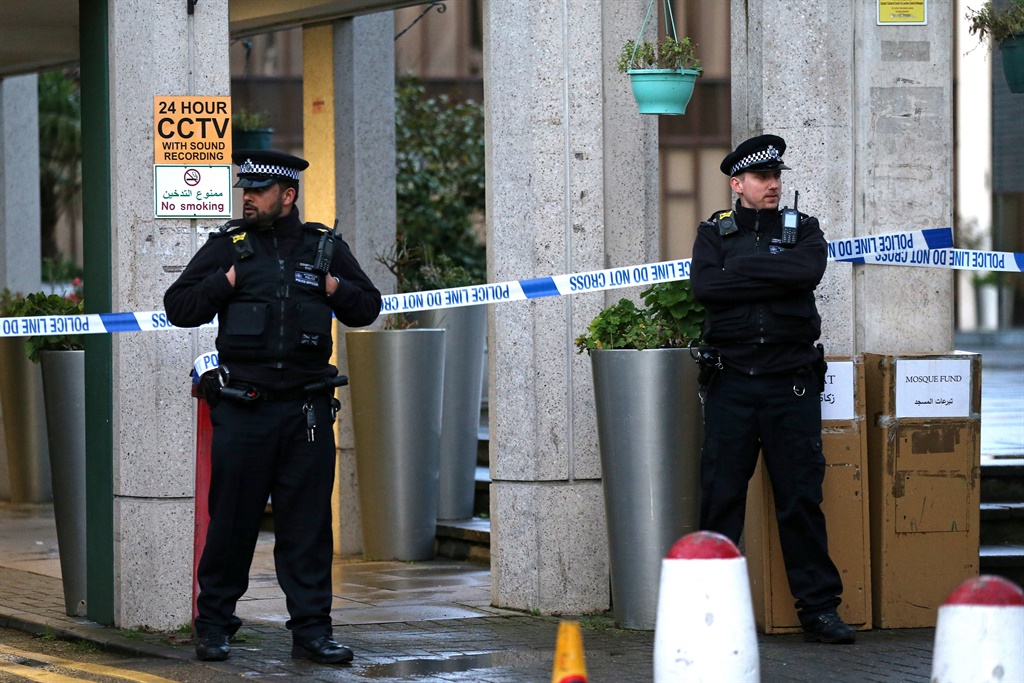 British police officers stand on duty outside the London Central Mosque near Regent's Park in London after a man was stabbed in the mosque.
AFP

A British court on Saturday charged a 29-year-old homeless man with causing grievous bodily harm and possessing an illegal knife he used to stab a mosque leader during prayers.

Maglad was treated at a London hospital and returned to the mosque for Friday's evening service with his arm wrapped in a sling.

"I forgive him. I feel very sorry for him," Maglad told reporters on Friday.

Prosecutor Tanyia Dogra said Maglad had suffered a wound to his neck.

She also told the court that the two men knew each other because Horton had come to the Regent's Park area mosque in northwest London several times over the years.

Horton was remanded in custody ahead of another court hearing on March 20. 1 person bags R388k in the Daily Lotto prize
Full list of lottery results
Lockdown For
DAYS
HRS
MINS
Voting Booth
Have you downloaded the Covid-19 tracing app?
Please select an option Oops! Something went wrong, please try again later.
Yes I have
14% - 1619 votes
No, and I will not be downloading it
76% - 8746 votes
Not yet, but I plan to
9% - 1079 votes
Previous Results
Podcasts
PODCAST | EXODUS Chapter 2: The Road