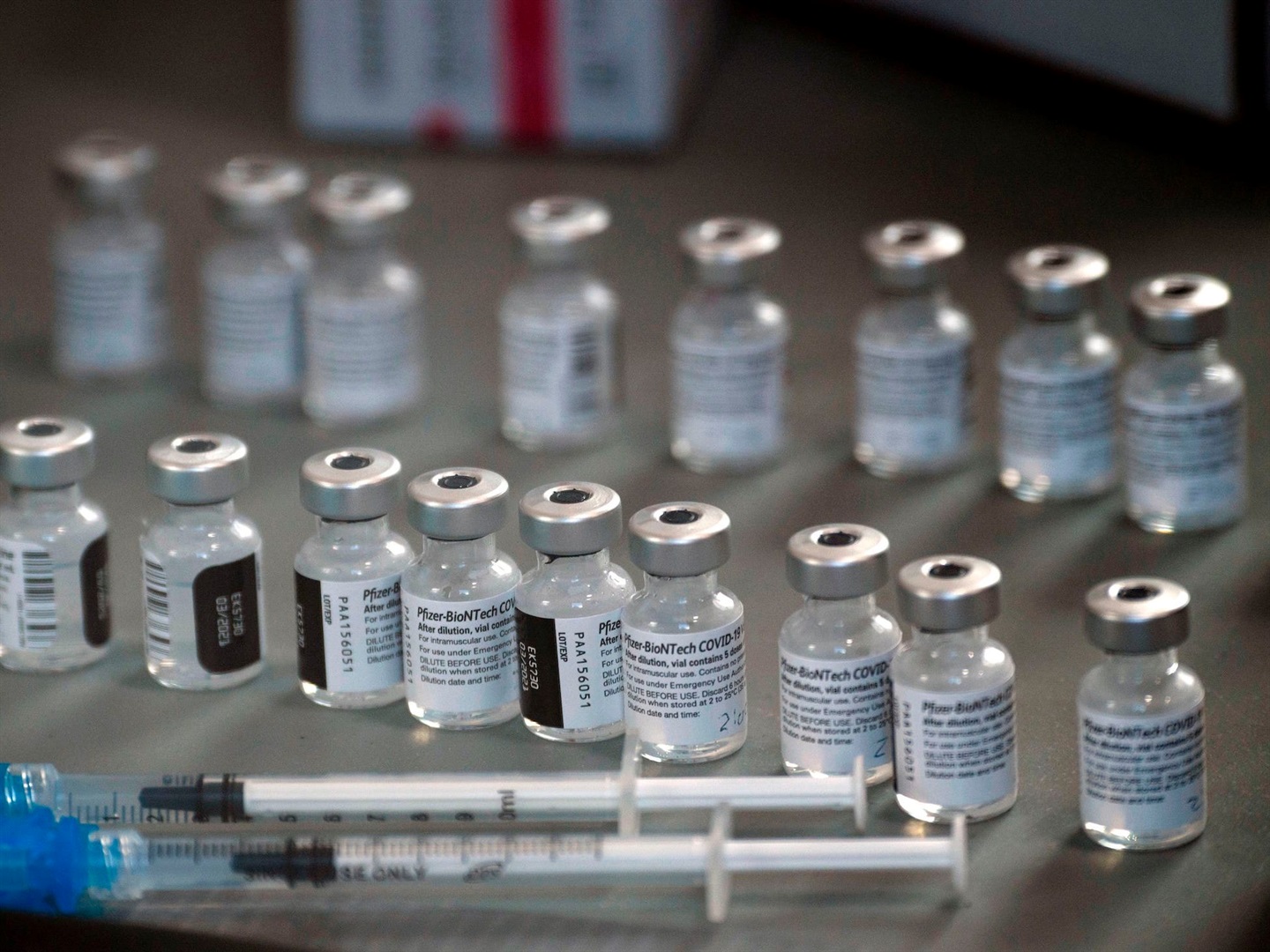 The United States is set to buy 500 million Covid-19 vaccine doses to distribute around the world, media reported on Wednesday, as France and Belgium relaxed virus restrictions to allow restaurants and cafes to serve indoors.

The Washington Post and New York Times, citing people familiar with the matter, said President Joe Biden was due to formally announce the huge donation of Pfizer-BioNTech doses at a G7 meeting in Britain this week.

The move comes as the United States faces pressure to do more about the global vaccine shortage, with rich countries having bought up the lion's share of early supplies.

With the global death toll at more than 3.7 million, many nations are still struggling to contain outbreaks.

Rapid vaccine rollouts in wealthier parts of the world, however, including the US and Europe, are allowing the return of activities unthinkable just a few months ago.

In France, that included sipping a drink inside a cafe, allowed on Wednesday for the first time in months.

"It's a pleasure to have a coffee inside. Normal life is gradually resuming," said transport worker Hammou Mraoui, enjoying a coffee in a Parisian bar.

With the easing of the curfew in France, venues are not only opening up inside, they're open later outdoors too - an extra two hours to 23:00.

The new measures also saw gyms open their doors to the relief of fitness buffs like Stephanie Moscoso.

I put on the alarm clock this morning, it was super early, I saw the sun, I said to myself: this is the beginning of a new life!

Europe is continuing to see infection spikes in some places - Portugal, for instance, delayed Lisbon's post-lockdown reopening on Wednesday.

But the bloc's accelerating vaccination campaign has fuelled hopes of a return to normality. Almost half of all adults in the EU have received at least one shot, with almost 26 percent fully vaccinated.

Optimism in Europe and the United States, however, are still tempered by the outlook for billions of the world's poor still with no sign of a vaccine in sight.

While India is showing some signs of turning the tide against its brutal epidemic, that's come at a cost to the neighbours it was previously supplying with vaccines.

They're now turning to Russia and Beijing for help with supplies.

Nepal, where barely two percent of the population are fully vaccinated, resumed shots on Tuesday after a million more Sinopharm doses arrived from China, the only country so far to respond to its appeals for help.

Sri Lanka has also been aggressively rolling out China's Sinopharm jab after receiving two million doses in the past week, opening its programme to pregnant women on Wednesday.

In a further sign that the fight against the pandemic is far from over, Russia on Wednesday warned of a spike in new cases that would force it to reopen mothballed field hospitals.

We're seeing a surge in infections day after day.

Preparations for Europe's top international competition have been thrown into turmoil for the Spanish and Swedish teams after some of their players tested positive.

Spain has said it would vaccinate its players after the infections.

Meanwhile, a new EU report cast light on how the pandemic has sped up what officials called the "uberisation" of the illegal drug market.

"We are witnessing a dynamic and adaptive drug market, resilient to Covid-19 restrictions," said Alexis Goosdeel, director of the European Monitoring Centre for Drugs and Drugs Addiction.

And while the effective shutdown of Europe's nightlife has hit consumption of party drugs such as ecstasy, other drugs have taken their place.

There has been a surge in consumption of benzodiazepines, for example -- a drug normally prescribed to ease anxiety, according to the EMCDDA.

We live in a world where facts and fiction get blurred
In times of uncertainty you need journalism you can trust. For only R75 per month, you have access to a world of in-depth analyses, investigative journalism, top opinions and a range of features. Journalism strengthens democracy. Invest in the future today.
Subscribe to News24
Next on News24
Families wait for news of survivors after Florida building collapse