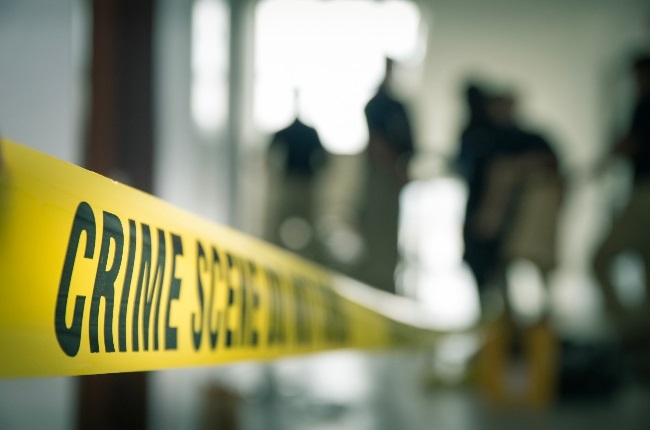 The girl was shot when a man ran onto her house. (PHOTO: Getty Images)

Police in Liverpool, northwest England, on Wednesday urged criminals to give up a gunman after a nine-year-old girl was shot dead in the crossfire of a suspected gang war.

Olivia Pratt-Korbel was killed on Monday night when the shooter's intended target, a 35-year-old man, burst into her house to try to escape his attacker.

Merseyside Police said the man was arrested for breaching the terms of his early release from prison.

The force said he was detained in hospital where he was being treated for gunshot wounds and would be questioned about the young girl's murder.

He will then be returned to prison to serve the rest of his sentence.

Chief Constable Serena Kennedy called the killing "shocking" and appealed to the "criminal fraternity" for information about the gunman.

"This is not the time for anyone who knows who was responsible to stay silent," added Detective Chief Superintendent Mark Kameen.

Locals in the Dovecot area of Liverpool have blamed rival gangs for the shooting.

Olivia's death was the third fatal shooting in the nearby area in a week and follows growing concern about gun crime in the city.

It happened on the 15th anniversary of the death of an 11-year-old boy, who was shot dead on the way home from soccer practice in nearby Croxteth.

Gun crime in England and Wales fell by 14 percent in the year ending 31 March, with 5 709 recorded offences. Of those, 35 were homicides, according to a parliamentary research paper published this month.

Concern is high about knife crime, particularly in London, where on 16 August, an 87-year-old man was stabbed to death on his mobility scooter.

Detectives said Olivia was standing behind her mother who had opened the door of their home after hearing gunshots in the street outside.

Her mother, Cheryl, tried to close the door when the intended victim forced his way in pursued by his attacker, who then opened fire at the man.

Cheryl was hit in the wrist and Olivia in the chest. As the young girl lay dying, friends picked up the man and took him to hospital for treatment to gunshot wounds to his upper body.

Read more on:
ukcrime and courts