White professor who pretended to be Black resigns from GWU 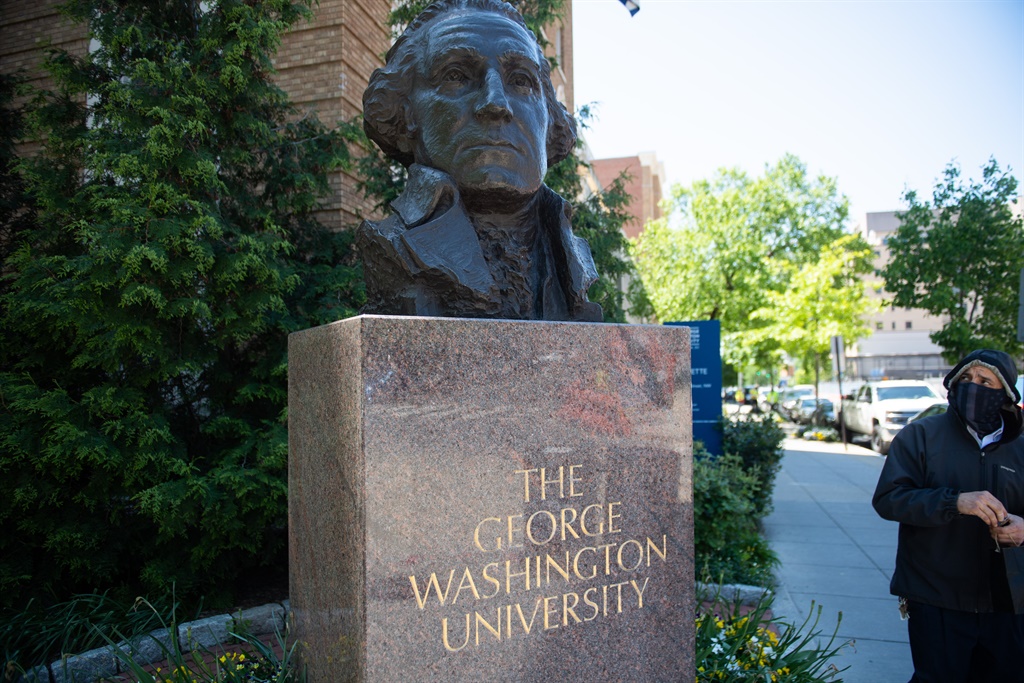 A US university has launched an investigation after a professor admitted she had lied for years about being black and is in fact white.
SAUL LOEB / AFP

A United States professor who gained international attention after publishing a blog post in which she admitted to lying for years about being a Black person has resigned from the George Washington University, the school said.

Dr Jessica Krug, "has resigned her position, effective immediately. Her classes for this semester will be taught by other faculty members, and students in those courses will receive additional information this week", GWU said on Twitter on Wednesday.

Krug, a history professor known for her writings on various Black-centred topics, gained notoriety after the online platform Medium published a posting in her name saying she was actually a white woman from suburban Kansas City.

Krug claimed she has lived most of her adult life "under various assumed identities within a Blackness that I had no right to claim: first North African Blackness, then US rooted Blackness, then Caribbean rooted Bronx Blackness."

Update regarding Jessica Krug: Dr. Krug has resigned her position, effective immediately. Her classes for this semester will be taught by other faculty members, and students in those courses will receive additional information this week.

The blog post attributed to Krug expressed deep remorse, calling the deception "the very epitome of violence, of thievery and appropriation".

The writer blamed "unaddressed mental health demons" dating back to childhood and says she frequently thought of confessing the deception, "but my cowardice was always more powerful than my ethics."

Krug's biography on the GWU website, which has been taken down, previously listed imperialism, colonialism and African-American history among her areas of expertise. Her writings centre heavily on issues of African culture and diaspora.

The post caused an immediate furore on social media, with Black academics, writers and activists recalling their interactions with Krug.

Hari Ziyad, editor of the online publication RaceBaitr, which had published Krug's writings, wrote on Twitter that Krug had confirmed the details of the blog post to him in a phone call Thursday morning. He described Krug as "someone I called a friend up until this morning when she gave me a call admitting to everything written here".

Ziyad wrote that Krug claimed to be Afro-Caribbean and from the Bronx. He said he had defended Krug in the past against suspicious colleagues. In retrospect, he recalls clues to the deception including her "clearly inexpert salsa dancing" and "awful New York accent".

Krug's situation brought to mind the case of controversial US activist Rachel Dolezal, who made headlines in 2015 - and resigned from her post as president of the Spokane, Washington branch of the National Association for the Advancement of Colored People (NAACP) - after saying she identified as Black, even though both of her parents are white.

"I'm more black than I am white," Dolezal said at the time.

We live in a world where facts and fiction get blurred
In times of uncertainty you need journalism you can trust. For only R75 per month, you have access to a world of in-depth analyses, investigative journalism, top opinions and a range of features. Journalism strengthens democracy. Invest in the future today.
Subscribe to News24
Related Links
US university professor admits she posed as black woman
Senior French official accused of drugging women to watch them urinate
Rayshard Brooks death: Atlanta police chief resigns after officer kills black man during arrest
Next on News24
US elections: Trump and Biden rally in Florida, showing off contrasting styles