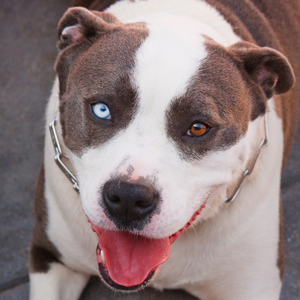 One in three dog owners have been bitten by their pets, according to PDSA (UK). A report released by the leading charity cites laziness on the behalf of owners as the main contributing factor, as owners don’t bother to train their dogs as puppies.

Dog attacks "on the rise"

As many as 5.3 million dogs (61% of the all dogs in the UK) are never trained, and, of these, 1.3 million display behavioural problems. 30 per cent of owners admitted that they’d been bitten or attacked. Dog attacks in Britain are on the rise, with children often falling victim to mauling and resultant disfigurement or even death.

A further complication is attributed to owners, who deliberately raise their pet dogs to be aggressive, putting at risk children who may not know how to recognise or avoid an aggressive dog.

The PDSA said in a statement that: “Good puppy socialisation and training classes undoubtedly help to reduce the initial development of aggression, but it is also essential to provide our pets with guidance in good behaviour, at home and elsewhere, throughout their lives”. (Daily Mail)

Dog attacks are common in SA, with children especially at risk in places where untrained dogs are allowed to roam loose. Besides the risk of being bitten, children may even be exposed to rabies or other animal-borne diseases.

Do
Don’t
Do you agree that owners have a responsibility to train their dogs?

We live in a world where facts and fiction get blurred
In times of uncertainty you need journalism you can trust. For only R75 per month, you have access to a world of in-depth analyses, investigative journalism, top opinions and a range of features. Journalism strengthens democracy. Invest in the future today.
Subscribe to News24
Next on Parent24
The #InfantIllnesses Series: It's probably not as serious as you think, but let's be sure!