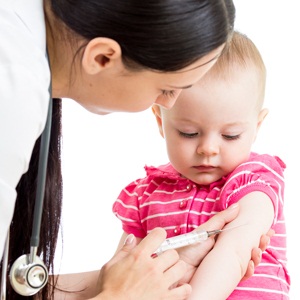 Every parent wants what is best for their child. We take special precautions to keep them safe, we strap them into car seats, put them to sleep on their backs to lessen the chance of cot deaths and we vaccinate them.

But my friend says…

Have you heard something to make you concerned that vaccinating your child is harmful? Some of the people giving out information sound so knowledgeable, they sow enough doubt to make you question what you have always believed, what you learnt in biology and science at school. Before hearing them out, ask them if they ask the same questions of the natural health industry as they do of the pharmaceutical industry? Both are profit driven, like all industry.

Is there a vaccine debate?

On the one hand yes. There are people who believe vaccines work and people who believe there is a great conspiracy to harm us all through vaccines and toxins in them. That community (herd) immunity is a made up concept and that better hygiene is responsible for there being less disease, or that natural immunity from getting the disease is better than that acquired from a vaccine.

Some argue that babies are exposed to too many pathogens at once. These doubters are a minority, though a very vocal one. On the other hand, almost all scientists agree that vaccines work and there is a far smaller chance of a child having a reaction to a vaccine than there is of them getting the disease and possibly having severe complications or dying from it (they believe it is riskier not to vaccinate than to vaccinate) – so in the scientific and medical community there is agreement, as overall, the weight of evidence shows that vaccines work and are less risky than not vaccinating.

Yes, there are a few doctors who don‘t believe in vaccination, but type “criticism of” into your browser along with their name and see what that turns up.

What makes it look like there is a debate is a thing called false balance – each side of an argument doesn't actually always deserve to have the same weight given to it.  For example, the comedian Dara O’briain explains that you shouldn't see an interview about a new space station, where someone from NASA is interviewed about it and then for the sake of balance, equal time is given to “Barry, who thinks the sky is a carpet painted by God” and his ideas about the space station.

How can you tell that a source of information on vaccines is credible?

For starters, who is providing the information? Someone who is trained to read scientific and medical journals and make sense of the data? Someone with a background in statistics? Or someone who sees a conspiracy in everything around them?

Is the website you’re looking at an official health authority like the World Health Organisation, our own Department of Health, the health department of another country? Or is it the site of someone who is also selling their own vitamin supplements, and telling you how evil doctors just want to give you antibiotics when you have a cold?

Do they call anyone who speaks about vaccines without being negative a “shill for big Pharma”? Do they attack the author or the tone used in any article where they can’t dispute the facts? Is their information mostly American or can they relate it to the South African context?

Much of the information about the risks of vaccinating has been debunked. If you’re told that thimersol (thimeresol in the USA) in the MMR vaccine causes autism or that there is formaldehyde in vaccines or that too many pathogens are given at once, or that vaccines contain toxins,then do a Google search yourself including terms like “debunked” in the search criteria.  Some of these claims contain a grain of truth that has been twisted, others are completely false, some are misunderstandings blown out of proportion (a little knowledge can be a dangerous thing).

Some sound places to look on the internet

If you’re nervous or want more information, talk to your doctor (who has years of formal education on these subjects), be open about your concerns. These links may also be interesting to read, they’re websites of health authorities or blogs by people who have studied and worked in disease control or other areas of medicine, and a few from parents speaking out in support of vaccination, and the last a You Tube clip of a comedian regarding false balance:

Have you chosen to not vaccinate your children?
We live in a world where facts and fiction get blurred
In times of uncertainty you need journalism you can trust. For only R75 per month, you have access to a world of in-depth analyses, investigative journalism, top opinions and a range of features. Journalism strengthens democracy. Invest in the future today.
Subscribe to News24
Related Links
The great vaccination debate
Why vaccinate?
Bad parenting advice
Next on Parent24
Maternal Mental Health: A Parent24/7 podcast series