How to answer the car seat elitists 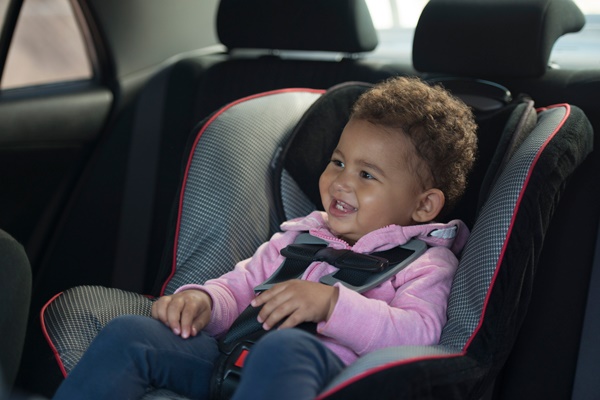 As a parent, I’m pretty easy going. When you have a son that operates at a 100km/h, you learn to let the small things go. But there is one thing that I am absolutely pedantic about to the point of annoying every member of my family and that is car seats.

My children’s safety is my number one priority. Their happiness is number 2, and I say that because let’s be honest, sometimes kids are not happy to be in their seats. And to be crass: I’d rather have a crying child than a dead child.

Now that might seem a bit dramatic but it’s not. According to research, when a car crashes or stops suddenly the body takes on the weight of the speed you were travelling multiplied by your actual weight.

So when my 4-year-old son is in the backseat of a car travelling at 60km, tied with only the seat belt that is not protective enough for his 18kg body, if that car crashes he actually weighs 1080kg. Can you imagine the damage done to his body?

I am fully aware of the dangers that not being in a car seat poses. And that my baby should actually be rear-facing till she is at least 2 years old. In fact, international standards say she should rear-face till 4 years old when her bones are properly ossified.

But what about the average South African's budget?

But guess what? Extended rear facing car seats are expensive and there are very few options in South Africa. And it’s a very expensive thing to rectify once you’ve already gone out and bought a car seat.

Which brings me to my point: The majority of South Africans just don’t have the budget to buy these high-end extended rear-facing seats and when you’re part of Facebook groups that keep telling you how your child is 500 times safer if they are rear-facing is enough to make any parent feel like they’re not doing enough or worse, panic that their child is in danger.

Today I asked a question about the dilemma we find ourselves in: Our daughter needs a car seat upgrade in the next couple of months. So would it be better to move our son into a high back booster and let her use his current seat? Or leave him in his current seat, get her an in-between seat (that can rear-face for longer) till she’s ready for his current seat and only then move him to a booster?

Immediately I was told that the seat he’s currently in is not safe for him and I should invest in Seat A or Seat B, both of which cost about R8000. Sorry, but we just don’t have that kind of cash lying around. Alternatively I could import a seat from the UK or US because that’s cheap you know? (It’s not cheap, that was sarcasm.)

I get that you’re preaching car seat safety and I’m all for that, but how about not making people who can’t afford these expensive ones not feel like they’re putting their kids in danger?

Another expensive problem in South Africa, is that with most seats the 5-point harness can only be used till 18kg (it's only been crash tested safely till this weight limit) and then the seat needs to be used as a booster with the car's seatbelt. But 4-year-old's are not typically ready for a booster seat yet as they are not responsible enough to sit properly in their seats.

Infants younger than three years be properly restrained, and that children between the ages of three and fourteen years – or up to 1.5 metres in height – should be restrained in a child seat if possible. If not, they should wear a seat belt, and if no seat belt is available, they should sit in the back seat.

There are loads of car seats in South Africa which are SABS approved and because car seats sold in South Africa subscribe to European regulations, they have to be certified by the Economic Commission for Europe as well.

When buying a car seat these are the minimum requirements you should be looking for to keep your kids safe:

What are the criteria you looked at for a car seat? Send your thoughts to chatback@parent24.com and we could publish them.